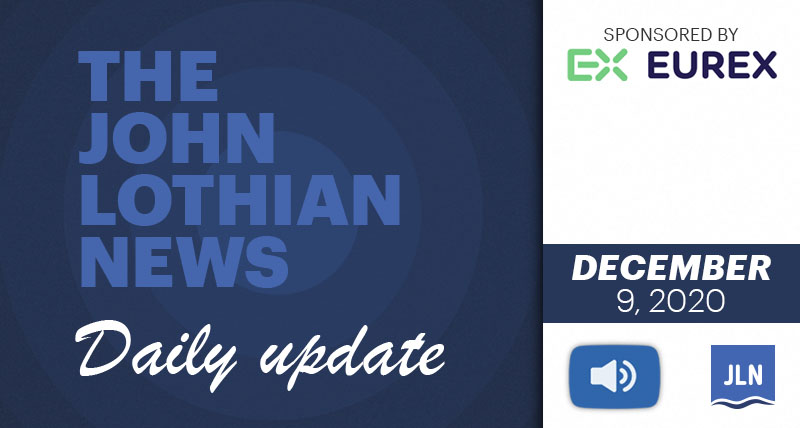 OCC CEO John Davidson is the latest donor to the JLN MarketsWiki Education GoFundme campaign. Davidson is a derivatives clearing veteran who has emerged as an industry thought leader at the revamped OCC. Thank you to John and all who have given and all those who have yet to give. Support our efforts to preserve industry history by donating to our GoFundMe campaign.

Today we have a video for The Path to Electronic Trading series featuring CQG’s Kevin Darby. I first met Kevin when he was at Blue Trading Systems and was a client of Jessica Darmoni. Darby is a good example of someone who came into the industry at a time when open outcry was still vibrant, but electronic trading was ascendent. The opportunities for Kevin were not in standing in a trading pit, but in developing software to trade the electronic markets. His development of an electronic eye to identify mispriced bids or offers, combined with CBOE moving the RAES order flow to CBOE Direct, created the profits and the opportunity for him to become a partner in Blue Capital Group. When the firm closed up, they sold the technology BCG had to Darby and others, who formed Blue Trading Systems. Eventually, BTS was sold to CQG and Darby went with the technology. You will like Kevin’s story.

It is ICE Chairman and CEO Jeff Sprecher‘s day in the barrel at Huff Post with a story titled “Sen. Kelly Loeffler’s Husband Bought Stock In Sectors Set To Benefit From Then-Secret Bill.” One would hope that someone of stature at ICE and knowledge of Jeff’s investing would write an op-ed defending him. But then, I think the strategy is probably to keep ICE and NYSE out of the Georgia Senate race.

Director of Commodity Research and Product Development Jim Sullivan at the CME Group has published a research piece titled “How COVID-19 Impacted Beef Markets in 2020.”

The Chicago Tribune is reporting that the state of Indiana has the second highest per-capita COVID-19 spread the CDC says. This would be the state from which Vice President Pence and head of the White House coronavirus task force is from. Amazing how that worked out.

The headline of the day comes from the New York Times about Uber selling its self-driving car business. The headline is “Uber Jettisons Flying Car Project.” That is worth four woofs from the Jetsons’ dog Astro.

Germany’s Bankhaus von der Heydt (BVDH), one of the world’s oldest banks, is working on issuing a euro-based stablecoin on the Stellar network with the digital asset tech firm Bitbond.~MR

Coinbase U.K. reported a 22 percent decrease in profit in 2019. It also probably doesn’t help that the U.K.’s FCA has not exactly shown warm sentiment to the cryptocurrency and blockchain space lately.~MR

The OIC is hosting a webinar today at 3:30 CST titled, “The Greeks: Delta and Gamma.” As you might have guessed, the webinar will focus heavily on discussing Delta and Gamma with respect to options trading, as well as gamma scalping and the iron condor strategy.~MR

Holly Duran Real Estate Partners LLC (HDREP), a boutique commercial real estate services firm headquartered in Chicago, has joined Colliers International Chicago (Colliers), announced Jim Carris, executive managing director and market leader. The firm is led by one of the most influential and successful women in the industry today, Holly Duran, who will serve as principal and financial services lead for the global brokerage’s local office. In addition, Duran’s brokerage partners have also joined the firm, with Jeff Mulder serving as executive vice president, and Lois Durkin and Jeff Newcom serving as senior vice presidents, with Colliers’ Occupier Services Group based in the firm’s downtown office.~JB 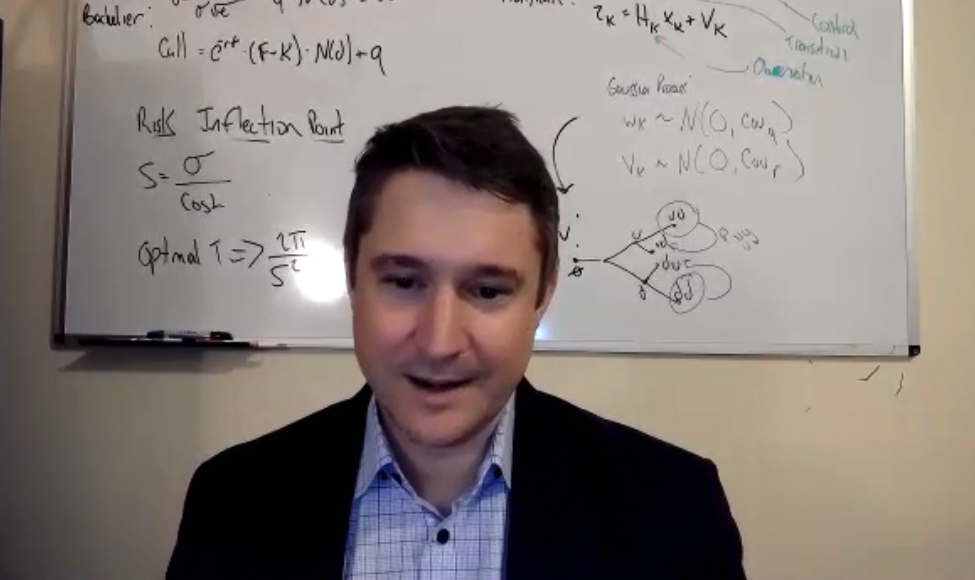 The Psychological Formula for Success After Age 50; Grit is the secret ingredient for an exceptional third act.
Arianne Cohen – Bloomberg
Julia Child launched The French Chef on TV at 50, a year after publishing Mastering the Art of French Cooking. Ray Kroc began franchising McDonald’s at 52. Estelle Getty landed her breakout role on Broadway at age 58, then in her 60s racked up seven back-to-back Emmy nominations for The Golden Girls. These are all clearly exceptional third acts, but even if you aim for something more modest, you’re likelier to get there if you understand how the psychological formula for achievement shifts as you age.
/bloom.bg/2VYaGmk

*****If there is one thing I have it is grit. Grits are another thing.~JJL

*****It would be nice for a firm like Fidelity to have employees that live up to its name.~JJL

Lessons From the Pandemic: Tips From Eight Productive People
Arianne Cohen – Bloomberg
The combination of working at home, juggling child care, and pivoting entire business plans on short notice because of the coronavirus outbreak has forced us all to learn new tricks. Here are skills some productive people have picked up this year.
/bloom.bg/36XGnCy

*****Lesson number one should be to get out of bed. But then again, why?~JJL

*****For the record, JJLCO was a Holly Duran client when we rented space in the CBOT Building.~JJL

Tuesday’s Top Three
Our top story on Tuesday was about Challenger data provider, Exchange Data International EDI challenges new CME fees as anti-competitive and illegal. EDI wrote to the CFTC, the heads of relevant Committees of the U.S. House of Representatives, and the U.S. Senate requesting they investigate the CME Group’s plans to charge for what had been a no-fee service. Coming in second was the Washington Post’s account of Kelly Loeffler’s performance in Sunday’s debate in Georgia Kelly Loeffler disqualified herself at Sunday night’s debate. And third was the Financial Times’ story Russian oligarch’s son racked up $50m in day trading losses, about a Russian oligarch’s son’s massive trading losses while he was a student.