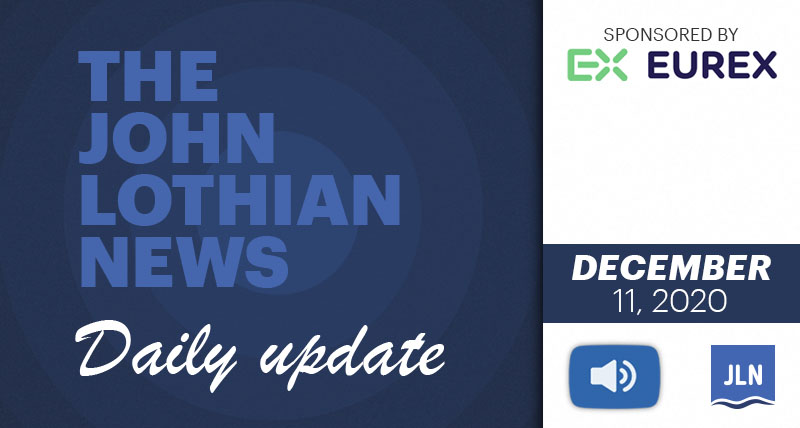 CFTC Chairman Heath Tarbert yesterday announced he is stepping down in an understated press release titled “Statement of Chairman Heath P. Tarbert Announcing His Future Plans.” However, so as not to let him leave without a flourish of that media wokeness that surrounded his tenure, the CFTC included a video set to music to make a greater statement about his leaving. It was not quite the Chris Giancarlo Keyser Söze exit pretending to be Satoshi Nakamoto, but it was fitting for Chairman Tarbert. 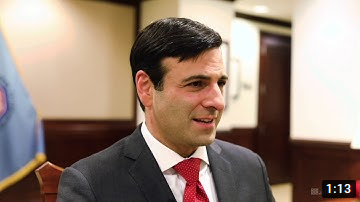 I want to thank Chairman Tarbert for his service and all that he accomplished. The speed with which he had the commission plow through various outstanding issues was impressive. And of course there are the record setting fines assessed during his tenure. I will have more to say on Chairman Tarbert’s tenure in a later commentary.

On Monday, the CFTC’s Technology Advisory Committee, of which I am a member, will meet under the leadership of Commissioner Brian Quintenz. This is probably the last time Quintenz will lead the meeting, as he has also announced he is leaving the CFTC. The agenda for the meeting was announced yesterday. Thank you to Commissioner Quintenz for his leadership of the TAC and his tenure at the CFTC. It has been a pleasure to work with him.

The “Trading Charity – Act and Help” campaign at the Frankfurt Stock Exchange brought in a record amount in donations as Deutsche Börse and nine trading houses donated 166,000 euros to non-profit organizations, including the banks donating 66,000 euros to Help for Children with Cancer Frankfurt eV and the Association for the Promotion of Youth Welfare and Adult Education eV (Möwe Jonathan). Deutsche Börse donated a total of 100,000 euros to the Frankfurter Tafel and Make-A-Wish Germany.

Speaking of Germany, Donald Trump was labelled ‘Loser of the Year’ by Europe’s biggest news magazine, Newsweek reported. The German magazine Der Spiegel ‘delivered a withering assessment of President Donald Trump’s 2020 in an article headlined “The loser of the year.”‘

Here is a way to keep up on FIA Japan: follow their LinkedIn page. I followed today on an invitation from FIA Japan’s Tony Crane.

We had three new donations to the JLN MarketsWiki Education GoFundMe campaign. Tony McCormick of BOX, Robert Moore of Marquette Partners and Jennifer Nayar of Vela all gave to our campaign to preserve industry history. Tony McCormick is a friend of JLN who has played many roles in the industry, including at Schwab and at BOX. He is now the head of BOX Exchange LLC, having previously served as CEO of BOX Options Markets LLC. Rob Moore is a friend of JLN, veteran trader and general partner of Marquette Partners, an international liquidity provider to exchange-traded markets. Marquette Partners has been a loyal Friend level sponsor of MarketsWiki. We interviewed Rob back in 2011 for our History of Financial Futures project that helped spawn our history preservation efforts. Jennifer Nayar is the CEO of Vela and one of the highest profile female technology leaders in the industry. Her resume features impressive stops at REDI Global Technologies, NYSE Euronext, NYFIX Inc, Omgeo, Mercator (formerly Braid), Thomson ESG, and the London Stock Exchange. Vela is also a loyal Friend level MarketsWiki sponsor.

Today is the five-year anniversary of the American Financial Exchange (AFX), an electronic exchange that facilitates direct lending and borrowing for banks and financial institutions. AFX also calculates AMERIBOR, a market-based interest rate benchmark that serves as an alternative to Libor.~SC

Statement of Chairman Heath P. Tarbert Announcing His Future Plans
CFTC
It has been a great honor to serve the American people as the 14th Chairman and Chief Executive of the CFTC as well as one of the agency’s five commissioners. Leading the men and women of the CFTC these last 17 months has been an extraordinary privilege but, like all good things, it must come to an end. Today, I am announcing that I intend to resign my position as Chairman early next year.
/bit.ly/2KgvbYy

*****There is nothing like good ole Indiana manners from FIA President and CEO Walt Lukken.~JJL

Standing on the edge of the Brexit precipice; A no-deal outcome will hurt Britain more than the EU
The editorial board – FT
The Brexit clock is ticking towards midnight. Three weeks before the UK’s transition period ends, the mood in talks on a future EU trade deal is bleak. A no-deal outcome, on top of a pandemic that has taken a grim toll of lives and livelihoods, would be a failure of statecraft with grave economic consequences. The harm would be worse for Britain, given the proportion of its trade that goes to the EU, but EU members would be damaged, too. Any last chance of a deal will depend on a preparedness by both sides not just to compromise, but to understand each other better.
/on.ft.com/3m98Nhc

*****I have never been a fan of Brexit. I respect the rights of people to make decisions for themselves. Maybe they should do that again.~JJL

What will Britain be without its pubs? Publicans are facing financial ruin and being forced to dismantle, inch by inch, everything that makes us hospitable
Jo Eames – FT
Samuel Johnson defined “hospitality” as “the practice of entertaining strangers”. At a coaching inn near Chipping Norton he remarked to his friend and biographer James Boswell: “There is nothing which has yet been contrived by man, by which so much happiness is produced, as by a good tavern or inn.”
/on.ft.com/3m6P5T5

China Authorities Detain Bloomberg News Beijing Staff Member
Reto Gregori and Madeleine Lim – Bloomberg
Chinese authorities have detained Haze Fan, who works for the Bloomberg News bureau in Beijing, on suspicion of endangering national security. Fan was last in contact with one of her editors around 11:30 a.m. local time on Monday. Shortly after, she was seen being escorted from her apartment building by plain clothes security officials.
/bloom.bg/3mavFNa

*****Nice work from my friends in Germany.~JJL

Thursday’s Top Three
Our top story Thursday was The Trade’s US authorities urged to investigate ‘illegal’ changes to CME market data fee policies, about the data distributor Exchange Data International (EDI) asking U.S. regulators to look into CME Group’s proposed changes. Second was Bloomberg’s Citi Trial Shows Chain of Gaffes Leading to $900 Million Blunder. That is quite a chain of gaffes. Third was the SEC’s cease and desist order for ICE Data Pricing & Reference Data, LLC (“PRD”) requiring PRD to stop “committing or causing any violations and any future violations of Section 206(4) of the Investment Advisers Act of 1940 and Rule 206(4)-7 thereunder.”

CryptoMarketsWiki Coin of the Week: Paxos (PAX)
Paxos has filed an application with the Office of the Comptroller of the Currency to become a cryptocurrency custodian. If the application is accepted, the bank, which would operate out of New York, would be regulated at both the State and Federal levels.
/bit.ly/3naylff