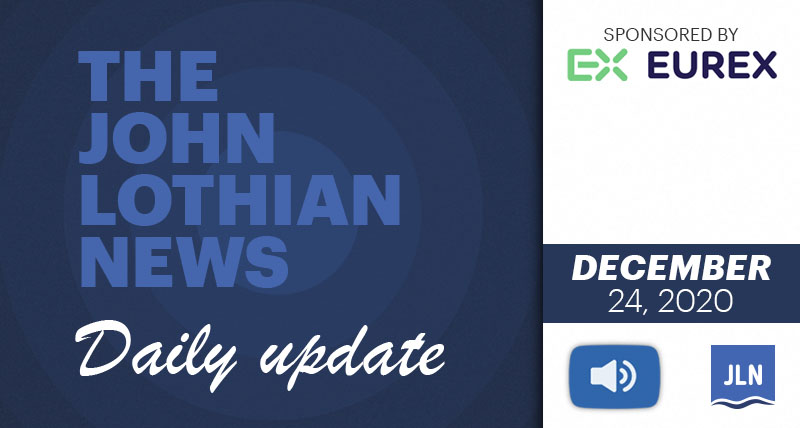 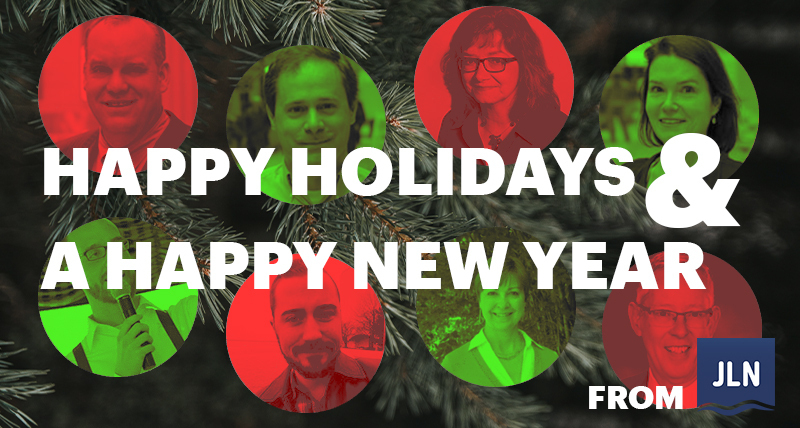 Yesterday was the last day for SEC Chairman Jay Clayton, one million people in the U.S. have received the vaccine and Tennessee is now the U.S. COVID-19 epicenter. So much for the trip to Nashville for the holidays.

Boris Johnson is declaring victory for the UK for Brexit because that is what blowhards do. Are you ready for the roaring 2020’s? I know I am.

Robinhood Financial has been hit with a class-action suit for selling stock orders, which sounds like someone did not read the small print.

The new virus strain transmissibility is said to cause more deaths, according to a study, in case you were looking for some bad news.

The Washington Post’s Sarah Ellison wants to know what happened to Maria Bartiromo. She went from respected financial journalist to Trump apologist.

Alas, egads, there were no new donations to the JLN MarketsWiki Education GoFundMe campaign yesterday. Help support our efforts to preserve industry history by donating to our GoFundMe campaign.

It’s been nearly a year since recreational cannabis was fully legalized in Illinois on January 1, 2020. Sales have been hot, with the state tallying more than $580 million in recreational weed sales for the year through November. However, applicants for state-issued social equity and craft grower licenses remain in limbo, waiting to get in on the action after a July 1 issuance deadline was delayed. The Illinois Craft Cannabis Association, a group of mostly minority small-business owners who invested heavily in the application process, held a Zoom rally Wednesday afternoon to lobby Gov. J.B. Pritzker to get the ball rolling on their grower, infuser and transporter applications. It was an oddly timed rally, right before the Christmas holiday, but it was when ICCA members were promised a ruling by Cook County Circuit Court Judge Allen Walker on their request for an expedited writ of mandamus that would require the state to issue the long-overdue licenses. As of late Wednesday evening, they were still waiting.~SC

Things are not going well for Ripple, creator of the digital asset XRP. News broke this week that the SEC was suing Ripple for selling XRP without registering a securities sale with the regulator. I guess that means XRP is a security? Maybe? Since word of the lawsuit broke, lots of folks are either liquidating their XRP positions or barring XRP trading from their trading platforms. Cryptocurrency asset manager Bitwise has reportedly $9.3 million worth of XRP in its crypto index fund. Chicago-based HFT firm Jump Trading, as well as Galaxy Digital, have ceased market making operations for XRP until further notice. Cryptocurrency payments processor Simplex has also begun blocking XRP transactions.~MR

The CryptoMarketsWiki Podcast Episode 16: A Year of Highs and Lows
JohnLothianNews.com

Conferences Plot a Comeback Even Before Vaccines Are Widely Distributed; Singularity University’s Abundance 360, which abruptly scaled back an event for next month, is one of many organizers anxious to reopen.
Sarah McBride – Bloomberg
It could take a while before the handshake comes back, if it ever does. Business conferences, however, are set to restart in the U.S. the moment health code allows. And despite uncertainty around when exactly that will be, convention organizers are holding out hope—and event space—for a possible return in the coming weeks.
/bloom.bg/34JqXjA

*****The idea is that folks are sick of Zooming all day and want to get their suits out of dry cleaning bags.~SC

U.S. Warns Crypto Stablecoins on Money Laundering, Risk Controls
Benjamin Bain – Bloomberg
President’s Working Group issues statement on stablecoins; Group says tokens should be backed by adequate cash reserves
Top U.S. financial regulators are warning firms behind an important part of the cryptocurrency market to tighten protections against money laundering. At issue are so-called stablecoins that traders rely on to facilitate payments for digital tokens. In a Wednesday statement, the Treasury Department and other agencies said they should be used in a way that “effectively manages risk and maintains the stability of the U.S. domestic and international financial and monetary systems.”
/bloom.bg/3rqLtiL

UK company launches $30 bottled air range for homesick expats
Tamara Hardingham-Gill – CNN Travel
Thanks to ever-changing Covid-19 travel restrictions, many people around the world have found themselves stranded far away from home this year. Over in the UK, a fast-spreading new coronavirus variant has led to several countries around the world imposing bans and restrictions on travel to the nation, meaning a large number of residents currently abroad will not be able to return any time soon. However, relocation website My Baggage has dreamed up a special gift for homesick residents that’s quite literally a breath of fresh air. The company is currently selling bottles of “authentic” air from England, Scotland, Wales and Northern Ireland to provide UK residents overseas with the scent of home.
/cnn.it/34Gbxg9

CFTC Announces Review of RSBIX NFL Futures Contracts Proposed by Eris Exchange, LLC
CFTC
The Commodity Futures Trading Commission today announced it has initiated a review, pursuant to CFTC Regulation 40.11(c), of RSBIX NFL futures contracts self-certified by Eris Exchange, LLC (ErisX) on December 15, 2020. ErisX self-certified three RSBIX NFL futures contracts: one based on the moneyline; the second on the point spread; and the third on total points for individual NFL games. Beginning today, the CFTC has 90 days—or longer as agreed to or requested by ErisX—to review and make a determination with respect to the submissions.
/bit.ly/3mOt5g6

*****What is the over-under on this getting approved and where can I lay off my risk?~JJL

*****Don’t underestimate this company. They are inspired.~JJL

Wednesday’s Top Three
The leading story on Wednesday was John Lothian’s commentary, In the Georgia Senate Elections There Is No Winning With Your Reputation Intact. Number two was
the SEC press release, SEC Charges Ripple and Two Executives with Conducting $1.3 Billion Unregistered Securities Offering, and the third was a Bloomberg story, Silicon Valley Wins as SEC Allows New Direct Listing