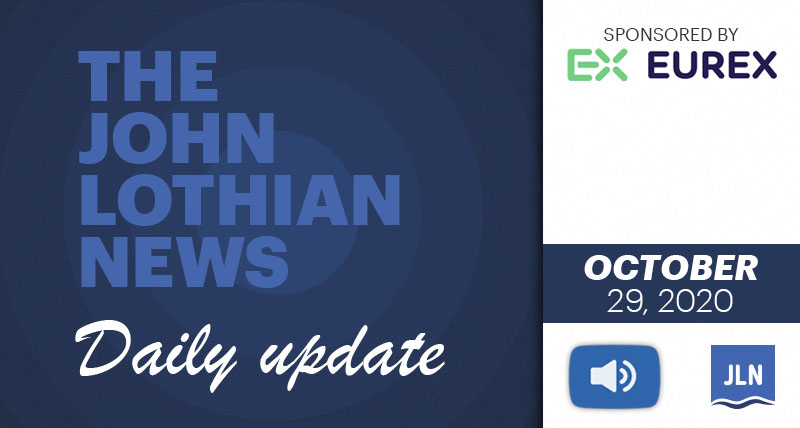 Jim McNulty, former Chicago Mercantile Exchange CEO and longtime industry and civic leader, is the latest to give to the JLN MarketsWiki Education GoFundMe campaign. McNulty was a mentor when I was first starting my career and then I lost track of him as he traveled the world as an investment banker. When he was named the CEO of the CME in early 2000, it was an epiphany event that showed me that I needed to do a better job of staying in contact with people. That epiphany and other factors led to the creation of the John Lothian Newsletter. Thank you to Jim for his donation and all who have given so far, and all who have yet to give. Support our efforts to preserve industry history by donating to the JLN MarketsWiki Education GoFundMe campaign.

Speaking of Jim McNulty, my favorite McNulty memory was the Globex Anniversary party at Navy Pier in Chicago in June of 2002. It was a black tie affair and because it was summertime, I wore my white dinner jacket. The only other person there with a white dinner jacket was Jim McNulty. He went up on the stage at one point and started to play guitar with the band and sing. I wrote a story the next day, “Rock ‘N’ Roll CEO Wows CME Globex Party.” McNulty told me he received over 50 copies of the newsletter by email and even some by fax. He subscribed to JLN that day.

Here is a picture from that night of me with my friend Ryan McNally, who then worked for the CME. 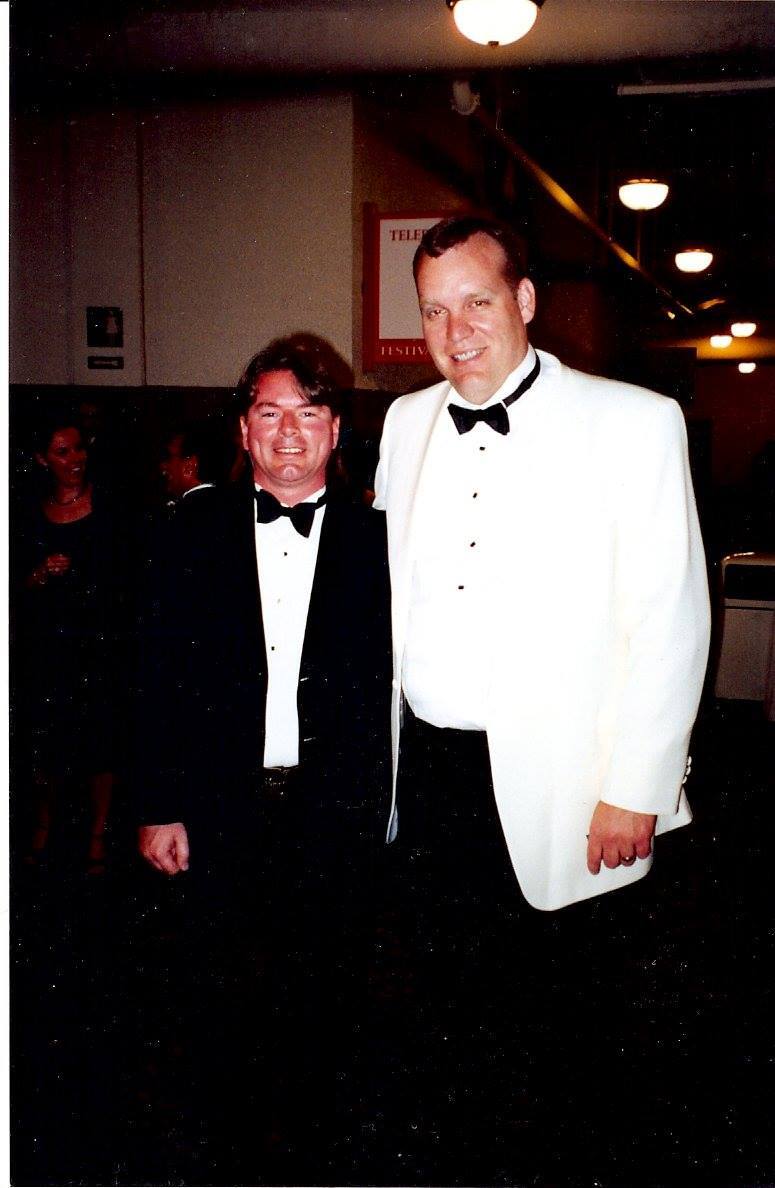 Elad Roisman has been named acting chairman of the SEC by President Donald Trump. He replaces former Chairman Jay Clayton, who resigned and whose last day was right before Christmas.

Today I am teaching the Communication merit badge via an online Zoom meeting with 12 Scouts. Tomorrow I am teaching the Journalism merit badge. This is all part of the Trading Tech merit badge workshop program I created with the Pathway to Adventure Council of the Boy Scouts of America. We normally hold these classes in the offices of firms around the financial district, but because of the pandemic, we have moved online. If you are interested in learning more how you or your firm can participate in this program, please contact me.

Thank you to Suzanne Cosgrove for being our acting managing editor today as Sarah Rudolph, our editor-in-chief, is taking some well-deserved time off.

Last week we reported on the Illinois Craft Cannabis Association’s attempt to get the state of Illinois to issue delayed social equity and craft grower licenses, originally promised July 1, by filing a request for a writ of mandamus that would force the state’s hand. This week we learned Judge Allen Walker denied that request on December 24, ruling a day later than expected. (ICCA President Paul Magelli likened it to leaving a pile of coal under the Christmas tree.) Judge Walker scheduled a status hearing on the case for January 19.~SC

Return to Almost Normal May Be Closer Than You Think; U.S. doesn’t need to reach full herd immunity before public spaces can begin phased reopenings
Charley Grant – WSJ
As 2021 arrives, there is one question that matters most: How soon can we escape the Covid-19 pandemic? The answer is as elusive as it is pressing. It is unknown what level of natural infection and immunization is needed to reach herd immunity in the population. It is also unknown how many people in the U.S. have already contracted the coronavirus. Whatever the answer to the question, trillions of dollars in economic activity are at stake, as are millions of livelihoods.
/on.wsj.com/38Gwvg9

*****Let’s not jump the gun on this one – people assuming the coast is clear is how we get spikes in infection rates.~MR

Record Covid-19 hospitalizations in U.S. could soon force health experts to ration care
Madeline Holcombe – CNN
The number of patients hospitalized across the U.S. with Covid-19 is the highest it’s ever been — and at this rate health experts warn they may have to ration nurses, respirators and care. “When you run out of capacity, physicians and bioethicists in these hospitals will need to decide which patients are salvageable — potentially salvageable — and which patients aren’t,” CNN medical analyst Dr. Jonathan Reiner explained.
/cnn.it/34VsxPI

*****A grim outlook that we hope health-care professionals will be able to avoid.~SC

Elad Roisman Named Acting Chairman of the SEC
CME Group
The Securities and Exchange Commission today announced that President Donald J. Trump has designated Elad L. Roisman as Acting Chairman of the agency. “I am humbled and honored to serve as the Acting Chairman,” said Acting Chairman Roisman. “During the time I am in this role, I am fully committed to maintaining the steady course that Chairman Clayton charted during his admirable tenure. I look forward to continuing to work with the incredible SEC staff and my fellow Commissioners as we steward this agency into the new year.”
/bit.ly/2MizAeP

*****A commissioner since 2018, Roisman is not expected to be a SEC change agent.~SC

Monday’s Top Three
The top story on Monday was again The Washington Post’s What Happened to Maria Bartiromo?, which perhaps underscores how popular she once was. The second most read was the riveting Wall Street Journal story on JPMorgan’s Jamie Dimon and His Brush With Death: ‘You Don’t Have Time for an Ambulance.’ And number three was a Business Insider investigation: Robinhood salaries revealed: How much the fintech unicorn pays its employees as it prepares to go public in 2021, from $117,000 to as much as $326,000

In light of China’s recent political moves (its assertiveness over Taiwan, tighter controls over Hong Kong and alleged mistreatment of Muslim Uyghurs) many European nations have either joined with the Biden Administration to further sanction China, or continued to...