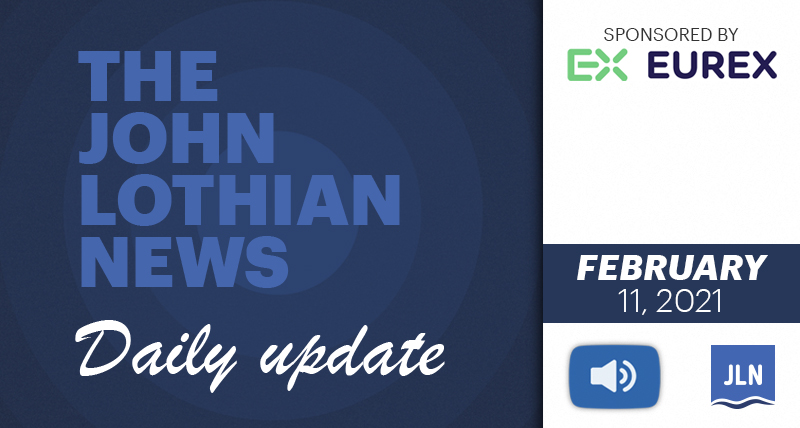 Today’s lead story talks about Amsterdam ousting London as the top venue for share trading. Amsterdam makes the claim to be the world’s first stock exchange, so the world is just cycling back to where it began.

In May look for the publication of “Trading at the Speed of Light: How Ultrafast Algorithms Are Transforming Financial Markets” by University of Edinburgh professor Donald MacKenzie. The publisher calls it “A remarkable look at how the growth, technology, and politics of high-frequency trading have altered global financial markets.”

Thomas Meyer, the new head of marketing for Cove Markets, has a piece in Bitcoin Magazine titled “Balancing Calls For Bitcoin Regulation While Preserving Satoshi’s Dream.” I wonder if Satoshi uses a MyPillow when he is dreaming.

The governor of Iowa has dropped the state requirement to wear a mask at a time when the CDC is saying best practice is to wear two masks.

Elton John and Michael Caine have collaborated on a video for the NHS in England to encourage people to get the coronavirus vaccine.

Journalist Colin Lambert has launched www.thefullfx.com following the closure of Profit & loss magazine, a publication for which he was the managing editor and had worked for since 2001.

I found out last night my son Tim has a Robinhood account and has traded more stock than me, including one profitable trade in GameStop. He is learning to trade and using good risk management while trading volatile stocks and one crypto trade.

The Mike O’Connor who donated to the JLN MarketsWiki Education GoFundMe campaign is a commodity broker trading desk manager with ADMIS. He was formerly an eDesk manager with Iowa Grain, where he was also a trading floor manager.

We Need an Operation Warp Speed for the World; Developed countries must drive higher global production of Covid-19 vaccines.
Editorial Board – Bloomberg
A scramble for Covid-19 vaccines has broken out among some of the world’s wealthiest nations. This is understandable — but too narrow a focus on their own needs is shortsighted as well as ethically wrong. Letting the pandemic rage on in poorer parts of the world will imperil their own efforts to end the emergency. Self-interest aligns with what should be a moral imperative. Increasing the supply of vaccines for everybody needs to be given a much higher priority.
/bloom.bg/3pd2Dhn

*****To reiterate a point made yesterday, yes we do need to do this.~JJL

Nouriel Roubini: bitcoin is not a hedge against tail risk; Elon Musk may be buying it, but that doesn’t mean everyone else should follow suit
Nouriel Roubini – FT
Claims that bitcoin is the new “digital gold” are feeding a new bubble in it and other cryptocurrencies. The last one in 2017-18 saw bitcoin go from $1,000 to $20,000 and then fall back to $3,000 by the end of 2018. Since the fundamental value of bitcoin is zero and would be negative if a proper carbon tax was applied to its massive polluting energy-hogging production, I predict that the current bubble will eventually end in another bust.
/on.ft.com/3q9ncNh

*****My preferred hedge against tail risk is a bunker with food, water and ammo.~JJL

Short Selling Is Even More Dangerous Now; Betting against a company’s shares has always been financially perilous. The Reddit crowd’s call to arms increases those risks.
Mark Gilbert – Bloomberg
Investors who seek to profit from a decline in a company’s share price have always taken greater financial risks than their long-only peers. Now, they face the additional danger of running afoul of Redditors piling into the market’s most-shorted stocks. For the sake of efficient capital markets, here’s hoping the short-selling crowd can hold its nerve.
/bloom.bg/2Z3XmhP

Dutch Speedskaters Waited 24 Years for Canals to Freeze. Then the Pandemic Froze Their Dream Race; The historic Elfstedentocht race requires thick ice for skaters to race between 11 cities. This year may be cold enough—but coronavirus rules are blocking it.
Joshua Robinson – WSJ
The Netherlands have been waiting 24 winters for a cold snap like this one. Not too windy, not too snowy, and temperatures sinking like a bike in a canal. That’s because these are the precise conditions required for the ultimate Dutch sporting event: a 200-kilometer speedskating race on frozen waterways through 11 cities in Friesland.
/on.wsj.com/3d3YmuC

******No skating on thin ice for them, but add to the list of pandemic cancellations.~JJL

Wednesday’s Top Three
Our top story Wednesday was Hehmeyer to Merge with Nortide, Creating Hehmeyer Nortide AG, from Yahoo Finance. Second was Fidelity Holds Secret Weapon to Take On Robinhood and Vanguard, from the Wall Street Journal. Third was US stock exchanges sue SEC over data rule changes, from the Financial Times. 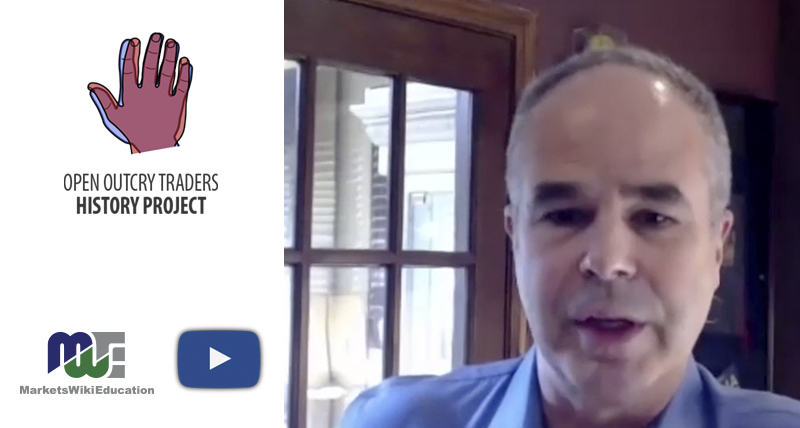