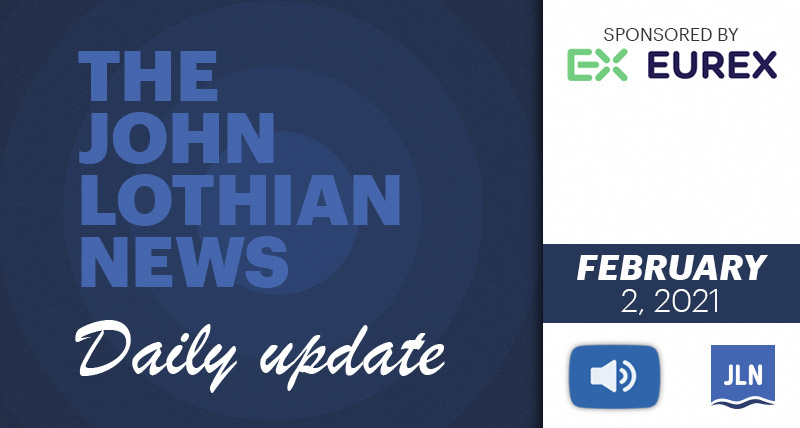 I am a bit confused by the whole silver squeeze thing. And it has brought out futures market experts like Cameron Winklevoss.

Winklevoss, co-founder of the cryptocurrency firm Gemini, said on Twitter that, “The ramifications of a #silversqueeze cannot be underestimated. If it’s exposed that there are more paper claims on silver than actual silver, not only would payoff be enormous, but gold would be next. #Bitcoin fixes this.”

He is right about the ramifications. There could be plenty of them, but probably not the ones he is thinking about. It has been “exposed” by the silver and gold proponents for many years that there are or have been more paper claims on silver than actual silver. Exposure is not enough. And the silver market is not some out of favor retailer stock expected to go bankrupt by a bunch of hedge funds who can’t do a head count.

We have seen retail traders flood the metal markets before to the point they caused systemic failure. Back in late 1999, a bunch of Y2K end of the world types were following a Y2K market guru and they were all told to buy $1000 strike price gold calls. Gold was rallying in November and I remember a radio announcer saying as I drove into Chicago one morning that if the rally continued, the gold market could reach $1000 by the end of the year. It took something like 23 seconds for the gold market that morning to hit the $1000 level.

The retail traders flooded the market with orders to capture their profits, either through selling their options or selling futures against them. However, in New York, the TOPS printers went down at the Comex and orders had to be routed to the NYBOT and run down the street. The result was absolute chaos that saw market orders come back unable. It took days to find out what we should have known on day one and before the open of day two.

There was never a better example of why electronic trading was needed. The markets could not handle the growth the industry had seen and process the amount of customer paper that was being injected into the trading pits. In 2004 the Chicago Board of Trade would launch their electronic metals contracts to finally push those markets to a more efficient platform.

The epic battle between the Comex and open outcry and the CBOT and electronic trading popularly chronicled here would be cut short by the CME’s buying of the CBOT and then selling the metals complex to NYSE Euronext. Today, they are part of ICE. And COMEX is all electronic.

The silver spike even caused the acting chairman of the CFTC, Rostin Behnam, to comment on the trading in the silver markets.

Speaking of COMEX, a group of former COMEX and NYMEX floor brokers and traders who had been meeting in Boca Raton for lunch every year during the FIA Boca Conference has decided not to meet in person this year. In 2019, they had 55 people at the lunch, including me. In 2020, they had 44. And this year the late George Gero will not be there to join this gathering of open outcry brothers.

Nasdaq has agreed to sell its U.S. fixed income business to Tradeweb Markets. So long Espeed.

If you are looking for even more news, check out my Twitter feed.

In a world where the retail trader is in the driver’s seat, it stands to reason that exchanges including Cboe Global Markets, Inc. and CME Group, Inc. would expand their mini and micro contract offerings. On Monday, Cboe announced plans to launch Mini-Russell 2000 Index options on March 1, pending regulatory approval. This will be its third mini contract; the other two are Mini VIX futures and Mini S&P 500 Index Options. A Cboe spokeswoman said the exchange aims to appeal to “sophisticated” retail traders, not amateurs. Mini-Russell Index options are one-tenth the size of standard Russell 2000 Index options contracts and provide exposure to the U.S. small-cap equity sector. More details here.~SC

*****Nice to have those Deutsche Boerse bucks behind you.~JJL

Episode 7: Brexit: Moving to Strategic Rivalry
ISDA
What has the end of the Brexit transition period meant for derivatives markets, and how will the priorities of EU and UK regulators shift now that Brexit is finally done? Are the EU and UK entering into a new era of strategic rivalry in financial services? Donald Ricketts, head of financial services at FleishmanHillard, gives his thoughts.
/jlne.ws/3ji64lX

*****This is Don Ricketts, not Don Rickles. Rickles would have been funnier.~JJL

Mahomes-Brady Shootout Could Signal Roaring Returns for S&P 500
Bailey Lipschultz – Bloomberg
Super Bowl features high scoring offenses led by former MVPs; Market has outperformed when at least 46 points are scored
Sunday’s Super Bowl between the Kansas City Chiefs and the Tampa Bay Buccaneers is expected to feature fireworks from two of the NFL’s top offenses — and, as long as it does, history says that bodes well for U.S. stock investors. And if you’re long stocks, vote for a shootout.
/jlne.ws/2MI5Jwu

***** I love predictions based on quality historical research.~JJL

Florida could see a sea turtle baby boom—thanks to pandemic
Jesse Scott – National Geographic
During Florida’s nesting season, which runs from March through October, the sands are normally awash with humans. This year the coronavirus pandemic severely curtailed travel and required some state jurisdictions to close their beaches for weeks. While this was a bust for sun worshippers, it may have been a boon to sea turtles. But 2020 has also been unprecedented in terms of the number of hurricanes battering the southeastern U.S. As this nesting season comes to a close, researchers share some initial findings and tips for how travelers—even grounded ones—can help protect sea turtles.
/jlne.ws/36A5D0U

******The natural predator of sea turtles is the sun worshipper.~JJL

Covid: ‘Insane’ success of goat Zooms nets Rossendale farm £50k
BBC
A farmer who was half kidding when she suggested hiring out her goats for Zoom meetings during lockdown has said making £50,000 shows it was no joke. Dot McCarthy, from Rossendale in Lancashire, said the number of people paying for “show goat” Lola and others to butt in on calls had been “insane”.
/jlne.ws/3riQf0L

*****Kids in a Zoom meeting video is not unusual, except when they are goats.~JJL

Monday’s Top Three
Our top story Monday was Why the GameStop stock frenzy is likely to end in financial crisis, an opinion piece from the South China Morning Post. Second was Bloomberg’s What’s the DTCC and How Did It Stop GameStop Mania? Third was Citadel’s Griffin now at center of Reddit-fueled conspiracy theories, from Crain’s Chicago Business. 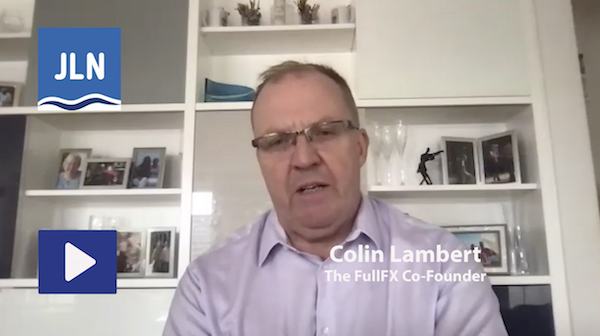