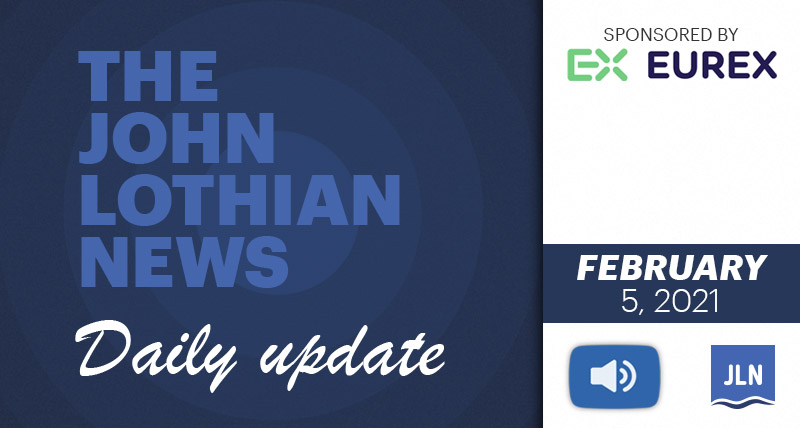 The law firm of Vinson & Elkins has appointed Allan Schoenberg as global director of public relations and corporate affairs. Schoenberg was most recently senior vice president, corporate communications and social media for Nasdaq.

This is a big forward-looking move for Schoenberg, getting into the law firm, commodity, energy space as the world moves towards more green energy. It is a big step for Vinson & Elkins to hire one of the leading corporate communications and social media visionaries to help them emerge from the law practice pack. Congratulations to Allan on his new job. We wish you the best. And to our friends at Nasdaq, he has left you an incredible legacy to continue.

The Intercontinental Exchange, known informally as ICE, has secured the ICE.com website and will move email addresses to ICE.com from TheICE.com on March 1, 2021, they announced in an email notice from a TheICE.com email address. WWW.ICE.COM is already up and running.

Speaking of ICE, FOW has a headline and story “ICE to retain 65% interest in Bakkt – Sprecher.”

The CME Group has issued a press release with the names for the slate of director nominees led by Terry Duffy.

CME Group also has a webinar to teach people about their new ether contract titled “Getting Started with Ether Futures.” The webinar will be led by CME Group director of education David Lerman, who will review the fundamentals behind the contract, different ether futures trading examples, and the recent ether price action. In addition, Lerman will cover the evolution of institutional participation in the cryptocurrency market and the ether investor ecosystem.

The webinar is on February 18, 2021 at 10 AM CST and you can get additional information at events@cmegroup.com.

The FT’s US investment editor Michael Mackenzie has a commentary in today’s newspaper titled “Beware the madness of markets; From tulips to GameStop, retail investors usually end up losers in speculative booms.” Mackenzie, a former derivatives broker for Tullett & Tokyo in Hong Kong, London, Toronto, New York and Tokyo. writes that the “siren call of minting fabulous riches from the tap of a share trading app recalls past speculative manias down the ages that all ended badly; misallocating capital, wiping out savings and scarring investors.”

The Wall Street Journal has a story about Super Bowl commercials and has an early look at some we will see during Sunday’s game. The lemon of a year from Budweiser is my early winner, though M&Ms has a couple of strong ones too.

We had three new donations to the JLN MarketsWiki Education GoFundMe campaign yesterday. Michael Shore, Scott Eisner and Robert Schaffer donated to help our efforts to preserve industry history. Michael Shore is the executive director of communications for the OCC, home of many JLN supporters. Michael is a former CME Group communications professional who has also had stops at Magnetar Capital, William Blair and Motorola Solutions. Scott Eisner is a longtime industry executive I first encountered when he was the CFO at Gerald Commodities, where I was a broker. Scott also was the COO of Iowa Grain and the CFO of Hehmeyer + Trading + Investments. Robert is a veteran metals trader and a member of the COMEX since 1987. He successfully moved to become a screen trader in 2006.

Nasdaq Chief Economist Phil Mackintosh’s latest column is the timely “How Short Selling Works,” which answers such questions as “How can a stock be more than 100% shorted?” You can read the column here.~SR 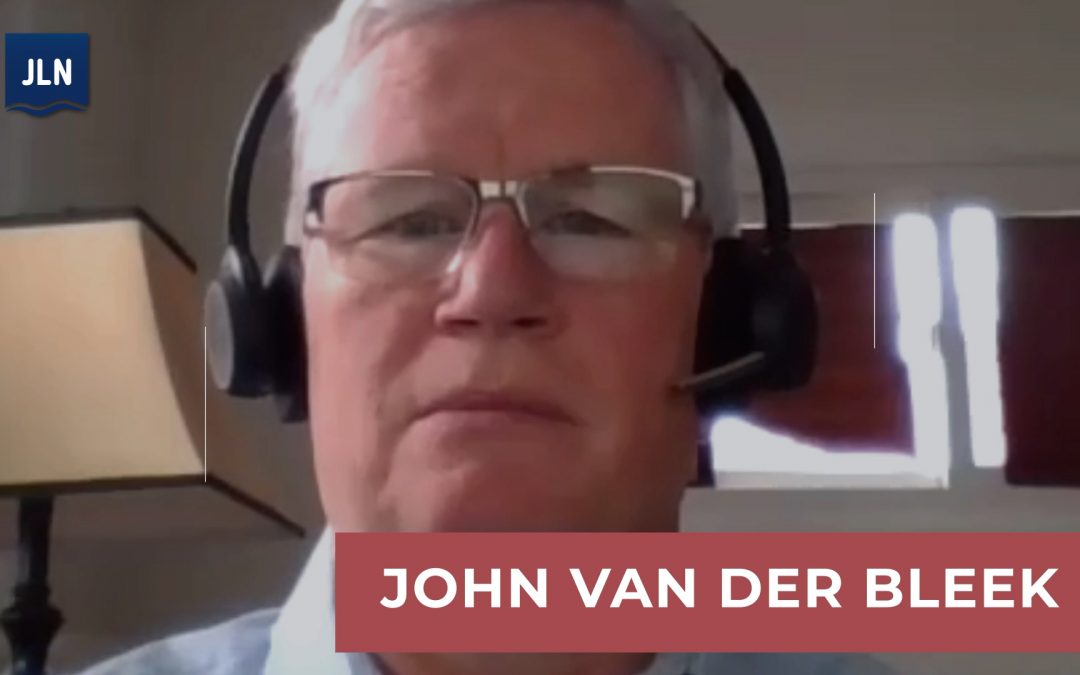 John Van Der Bleek got his start in the markets after working for a hospital part time with someone later hired at the Chicago Mercantile Exchange as an employment manager. He began as a price reporter at the CME, and the minute he saw the trading floor he knew it was where he wanted to be, and he gave up his aspirations for law school. After working for the CME, he tried his hand at trading there in the S&P pit with his own money. That did not work out as well as he had hoped.

How a Dated Cyber-Attack Brought a Stock Exchange to its Knees; DDoS attacks, the cyber equivalent of being mugged, grow in size and sophistication
Jamie Tarabay – Bloomberg
The website of the New Zealand Stock Exchange slowed to a crawl on a Tuesday afternoon in August. It was so badly throttled that the exchange couldn’t post market announcements, as required by financial regulators. So with an hour left for trading, management shut the entire operation down. It didn’t take long to figure out what happened. The website had been overwhelmed by a tsunami of offshore digital traffic. An email from the perpetrators made clear that it was a malicious attack.
/bloom.bg/3oPw49m

How to Make Sense of GameStop? The Internet Turns to Beer and Puppets; The Reddit-fueled market frenzy has inspired a flurry of TikTok videos, memes and online explainers
Julia Carpenter – WSJ
To help explain the complexities of the GameStop market frenzy, Brianna Parkins turned to two tall cans of Guinness, a sad-looking gray dog puppet and a pile of candy. In her series of short TikTok explainers, Ms. Parkins casts the puppet as a hedge-fund manager looking to short a can of Guinness, reaping profits (that would be the candy) along the way. A white plaster statue enters the scene—representing the popular Reddit forum WallStreetBets—and buys up not one, but two cans of Guinness. “This is bad news for your hedge funds,” she says, waving the puppet to the camera.
/on.wsj.com/3toWget

Reddit Revolt Makes Saint Petersburg Bourse Russia’s Busiest
Anna Baraulina – Bloomberg
Volumes on SPB hit $36 billion in January amid GameStop mania; Russians piled into Reddit targets among 1,500 securities
A stock exchange founded in Russian President Vladimir Putin’s hometown just became the busiest venue for equity trading in the country thanks in part to last week’s retail-trader frenzy in the U.S. Stock volumes on the Saint Petersburg Exchange — which lets investors buy and sell foreign shares directly via their Russian brokerage accounts — surpassed those of the Moscow Exchange for the first time on record last month. Trading on the SPB, as it’s known, climbed 14% in January to $36.1 billion. The Moscow Exchange, which focuses on Russian securities, saw the equivalent of $30.2 billion change hands.
/bloom.bg/3cK27Fm

Commentary and musings on the complex, fascinating and peculiar world that is securities regulation
Brad Rosen, J.D. – Jim Hamilton’s World of Securities Regulation
On the Biden Administration’s first full day in office, the members of the CFTC elected Commissioner Rostin Behnam as Acting Chairman effective immediately. Behnam, who was the longest serving commissioner affiliated with the Democratic party, began his term on September 6, 2017. It expires on June 19, 2021. Despite a change of power in Washington D.C., the Republican commissioners will continue to maintain a 3-2 edge at the CFTC until such time a third Democrat is nominated and confirmed by the Senate, be that a permanent chairman or another commissioner.
/bit.ly/36F1mJS

Vinson & Elkins Appoints Allan Schoenberg as Global Director of Public Relations and Corporate Affairs;Vinson & Elkins today announced that Allan Schoenberg has joined the firm as Global Director of Public Relations and Corporate Affairs.
Vinson & Elkins
Schoenberg, who brings 30 years of marketing and communications experience to the role, will work closely with firm leadership to develop and implement strategic public relations initiatives to increase market prominence for the firm’s brand. He will also be responsible for various internal and external communications regarding key client activities, firm and community initiatives, and attorney developments and achievements. Schoenberg most recently served as Senior Vice President, Corporate Communications and Social Media for Nasdaq.
/bit.ly/39RetJT

******Allan Schoenberg was the person who pushed me to get onto Twitter. He helped us organize the first Twitter panel for the industry, and that led to the industry getting on Twitter.~JJL

Thursday’s Top Three
Our top story Thursday was John Lothian News’ John Lothian: A Futures Trader’s Confession. Second was the Vermiculus announcement, The First Microservices-based Clearing System with AI-Capabilities. Third was the Financial Times’ The Robinhood drama teaches us to look beneath the surface.

CryptoMarketsWiki Coin of the Week: Uniswap (UNI)
Uniswap is outperforming other decentralized (DEX) exchanges. According to Dune Analytics, a DEX market analytics company, in January 2021 the total trading volume on DEXs reached an all-time high over $50 billion in digital assets traded. Uniswap accounted for 48.8 percent of total transactions across DEXs. Its governance token, UNI, exceeded its previous all-time high on January 31, 2021.
bit.ly/3cmAbFn