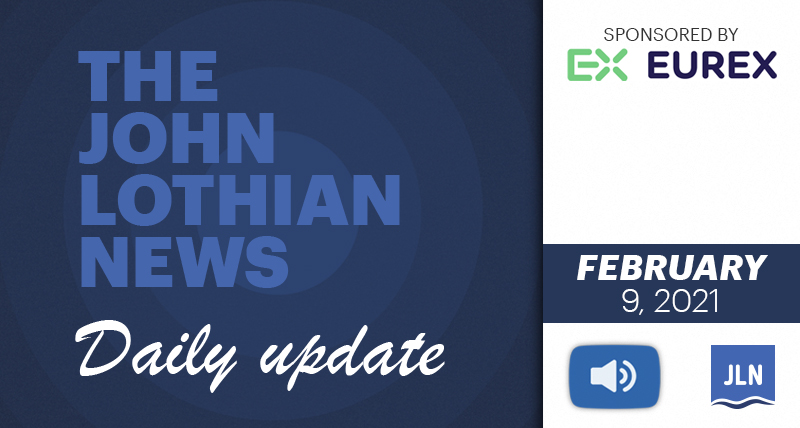 CryptoMarketsWiki.com is back up. Thank you to Jeff Bergstrom, JLN’s CIO, for making that happen. In the next day or so, MarketsWiki.com will go over the 200 million page view mark.

Nasdaq is celebrating 50 Years of innovation with a digital exhibit with the Museum of American Finance and Heritage Werks.

DASH Financial Technologies finally announced their agreement to be acquired by ION Investment Group after it was previously reported by Waters Technology.

In the current options market environment of rapid retail trading growth, data on who is trading what — customer buyers versus firm buyers, that is — is a hot topic right now. In fact, Henry Schwartz, senior director and head of product intelligence at Cboe Global Markets, formerly president of Trade Alert LLC until it was acquired by Cboe in 2020, contends that information about customer flows has become more important than ever to market makers.

Quantitative analysis and how to properly value stocks and options remains critically important, he said, but customer activity and flows have taken over in some sectors, at least for the time being. A traditional valuation of GameStop, for example, would not have explained why its shares rallied in the last two weeks or how implied volatility exploded. “It’s not normal options flow,” Schwartz said in an interview with JLN on Monday, “it tends to focus on hot names.”

Nasdaq at 50: The company behind the tech-stock index reinvents itself as a financial-tech heavyweight
Shawn Tully – Fortune
When most people hear the name “Nasdaq,” they think of the world’s premier venue for buying and selling tech stocks. The Nasdaq exchange is where the cool kids of Silicon Valley and other points West – – from Jeff Bezos to Steve Jobs to Mark Zuckerberg to Elon Musk – – first offered their shares to all and sundry, and its fame grew as their fledgling companies mushroomed into the world’s most valuable enterprises.
/bit.ly/39W3JK9

*****I hate to tell Nasdaq what happens at 50, but let’s just say it involves a scope.~JJL

******In the old days this would be a top. Thank goodness he did not get his trade suggestions from a cab driver.~JJL

Wes Moore to Step Down as CEO of Robin Hood Foundation
Robin Hood Foundation
Combat veteran, bestselling author, and social entrepreneur will depart in May 2021; Moore led the Robin Hood foundation to one of its strongest years in the anti-poverty group’s 33-year history in 2020 – raising over $230 million as the organization filled a critical role in response to the pandemic; Robin Hood is a 501(c)3 organization and not affiliated with any for-profit businesses that use a similar name
Today, Wes Moore announced he will step down as CEO of the Robin Hood foundation in May of this year after a four-year tenure where under Moore’s leadership, the organization raised over $650 million, restructured and refocused the grantmaking portfolio, executed critical relief efforts in response to COVID-19, expanded the role of the organization through policymaking, and launched several initiatives — including a national partnership and the Power Fund to increase supports for nonprofits led by people of color.
/bit.ly/3jvFF3W

******Not that Robinhood. The charitable foundation.~JJL

Monday’s Top Three
Our top story Monday by a wide margin was Bloomberg’s Trading Titan Don Wilson Has Advice for Yellen on Market Fixes. Second was, once again in the top three, CME Group’s CME Group Inc. Names Slate of Director Nominees. Third was Points and Figures’ I Thought I Was Going To Die, about Jeffrey Carter’s struggle with Idiopathic Pulmonary Fibrosis.