Happy birthday to Leo Melamed, who turned 89 over the weekend. I hope he has many more years to continue to celebrate, though I know it is difficult. The older one gets, the more friends one loses. Leo, like many of those from the open outcry era, had so many friends because of the unique nature of the massive throng that was the trading floors at the Merc and CBOT. The loss of Jack Sandner, who was about 10 years younger than Leo, makes this point too well. BTW, Amazon’s Alexa does not know how to pronounce “Melamed.”

I encourage you to reach out to Leo and wish him a happy birthday if you have not done so already. I can provide contact information if you need it.

Tony McCormick, who was best friends with the late Jack Sandner, has offered his own remembrance of Jack. He said he thinks many of the remembrances of Jack missed the essence of the man, whom he called “rough and tumble guy who always championed the individual trader over the big interests of commercials and Wall Street.” You can find Tony’s complete remembrance on our Jack Sandner Remembrance page on JohnLothianNews.com. Also courtesy of Tony is a picture of Jack Sandner’s service captured from the streaming video.

The OCC’s Amy Shelly talked with Bettye Price as part of Women’s History Month in a short YouTube video.

Coinbase settled charges filed by the CFTC and is to pay a $6.5 million fine for “reckless false, misleading, or inaccurate reporting as well as wash trading by a former employee on Coinbase’s GDAX platform.” Meanwhile, Coinbase going public has been delayed, avoiding a March Madness direct listing.

The latest hot thing in the debt markets is volcano bonds.

Quantitative Brokers or QB, has launched algorithms on JPX. The algos will be used for equity, fixed income, and commodity futures contracts on the Osaka Exchange (OSE).

Robinhood is looking to hire some merry men and women in a cryptocurrency hiring spree.

Brian Price of FEX Global was the latest to give to the JLN MarketsWiki Education GoFundMe campaign. Brian is a longtime JLN reader and FEX has been a loyal sponsor of JLN for many years. The Financial and Energy Exchange Group (FEX) announced they are to launch their futures exchange on Friday, March 26. The exchange will offer centrally cleared futures and options for the energy, environmental and commodity asset classes that will be centrally cleared by CME Clearing.

I received my first of two shots of the Pfizer vaccine for COVID-19, although it was a combination shot of Pfizer and Johnson & Johnson. The shot was Pfizer, but the Band-Aid covering the injection site was Johnson & Johnson.

Mergers and acquisitions are on the rise in the U.S. cannabis industry, as Nasdaq analyst Saleen Daya pointed out in a JLN podcast last week. One recent M&A example is last week’s announcement from Chicago-based Cresco Labs. The company said it planned to buy Massachusetts-based Cultivate Licensing LLC for about $158 million, elevating Cresco to a No. 3 position in Massachusetts, a state that reported nearly $1 billion in total retail sales in 2020. For more details, see the press release.~SC

FTSE Russell has published its “Equity Drivers Report” for March. Among its observations is that the expected economic boost from the Biden administration’s Covid-19 relief package has resulted not only in upgrades to GDP and earnings-per-share forecasts, but also the bond market’s repricing of inflation risk. That recalibration to a different macro outlook is contributing to market volatility, the report notes.~SC 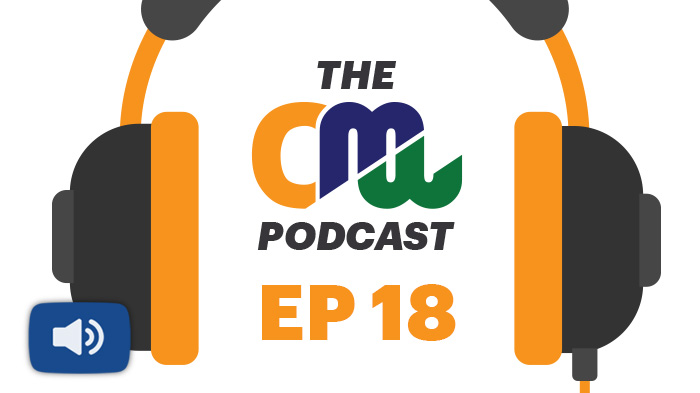 BlockFi is a New York City-based start-up cryptocurrency financial institution. It offers lots of crypto services to its customers, including lending U.S. dollars against bitcoin and other cryptocurrency as collateral, as well as accepting deposits of cryptocurrencies which pay interest to the depositor.
David Olsson is the Global Head of Distribution at BlockFi. Previously, he worked in the financial markets for two decades, managing teams at companies like Merrill Lynch and Credit Suisse. On this episode of the CryptoMarketsWiki Podcast, Olsson sits down to talk about how BlockFi is striving to become the global crypto bank of the future.

The World Will Need 10 Million Tons More Copper to Meet Demand
James Attwood – Bloomberg
Supply gap looms as mines become trickier and pricier to build; BI analysts warn of possible dearth of mine projects from 2025
Within a decade, the world may face a massive shortfall of what’s arguably the most critical metal for global economies: copper. The copper industry needs to spend upwards of $100 billion to close what could be an annual supply deficit of 4.7 million metric tons by 2030 as the clean power and transport sectors take off, according to estimates from CRU Group. The potential shortfall could reach 10 million tons if no mines get built, according to commodities trader Trafigura Group. Closing such a gap would require building the equivalent of eight projects the size of BHP Group’s giant Escondida in Chile, the world’s largest copper mine.
/bloom.bg/3vLfH20

*****You might not be able to hear this bull market in the making, but you should be smelting it.~JJL

Japan deploys scatological strategy to explain finance to kids; Regulator turns to popular defecation-themed cartoon character in educational drive
Leo Lewis – FT
In a fast-changing financial world, where fortunes can be made in tradeable cat images and Elon Musk can wipe billions off Tesla’s value in a single tweet, Japan’s Financial Services Agency has turned to a scatological cartoon character to teach children about money.
/on.ft.com/311BO6t

*****My kids grew up with stories of Winnie-the-Pooh. This is a different kind of poo.~JJL

Young Bankers Have an Absurd Work Life; Junior Goldman Sachs analysts complaining about 100-hour work weeks should just suck it up, apparently. Why is investment banking so stuck in the past?
Marcus Ashworth and Elisa Martinuzzi – Bloomberg
In the first episode of “Industry,” a BBC and HBO television drama about young investment bankers, the depiction of their world couldn’t be bleaker: A graduate trainee dies in the office toilet after pulling several all-nighters. Both writers of the cult show had left banking disenchanted by their own experiences, and they had a real example to give the plotline substance. In 2013 a summer intern at Bank of America Corp. in London died from an epileptic seizure caused by overwork.
/bloom.bg/396Odu2

******The Masters of the Universe should be able to figure out a better solution.~JJL

Professional services face losing junior staff to burnout; Mental health problems on the rise as Covid brings greater workloads coupled with a shift to solitary working
Kate Beioley – FT
Junior lawyers and consultants are warning they are suffering burnout after working longer hours in isolation during the pandemic, sparking fears of an exodus from the biggest global law and advisory firms. Soaring demand for legal and corporate advice during the Covid-19 crisis and a global shift to remote working have resulted in a growing mental health problem among younger professional workers, according to senior partners.
/on.ft.com/3vPSc8g

******As part of my getting an electronic stimulator embedded in my back, I have been encouraged to get some counseling about how I deal with pain. That could be a euphemism for how I deal with life.~JJL

What the oddly uplifting Covid jab says about business life; Few companies can easily offer meaning and purpose at work but that should not stop them from trying
Pilita Clark – FT
How did you spend your last Sunday afternoon? If you are of a certain age and live in the UK, there is a fair chance you did what I did and found yourself sitting on a plastic chair in a converted hall while someone stuck a needle in your arm and delivered a shot of Covid vaccine.
/on.ft.com/393HcKt

Friday’s Top Three
The most-read story in the newsletter on Friday was from the New York Post, Tired Goldman Sachs underlings beg to work ‘just’ 80 hours a week, instead of 100. The second most popular was about SPACs, The New York Times piece ‘The Market Seems Crazy’: Start-Ups Wrestle With Flood of Offers. Third was a John Lothian News feature on the new members of the Futures Industry Hall of Fame, FIA Boca-V: Closing Ceremony Honors Outstanding Figures and Remembers the Lost.