On Friday we published a video interview Thom Thompson did with Richard Sandor for our The History of Financial Futures series. Doc Sandor was an especially important person in the development of the earliest financial futures, including helping to plan the first start-up electronic exchange. He moved from the comforts of Berkeley, California, where he was teaching at the University of California, Berkeley, to the rough and tumble markets of Chicago to become the chief economist of the biggest commodity exchange in the world, the Chicago Board of Trade. The world was changing, and Doc Sandor helped facilitate that change with the introduction of Ginnie Mae and 30-Year Treasury bond futures. He is still trying to change the world with his new Ameribor futures at the American Financial Exchange, where he is the chairman and CEO.

IEX has responded to Nasdaq economist Phil Mackintosh’s attempt to discredit the D-Limit order type at IEX. It was an ill-fated attempt, making Nasdaq appear to be the challenger. IEX
Chief Market Policy Officer John Ramsey takes apart the Nasdaq attack with a post on Medium titled How Do You Measure a Fill? Nasdaq Attacks with a Dull Knife. Nothing like a good knife fight between exchanges.

Eurex has a webinar coming up on April 28 at 09:30 a.m. CT (U.S. and Canada) titled “Finding smarter ways to interact with today’s FX Futures liquidity.” Participants in the webinar are from Eurex, Flow Traders, MASA Capital, RCM-X, as well as economist Marc Chandler. The event is described as “a soup-to-nuts discussion across the entire FX trade cycle. Capture FX trade recommendations, ensure you are utilizing the most efficient FX products and implementation processes, and maximize your access to a new pool of deeper reliable FX liquidity.” You can register here.

Save the dates of October 11 to October 15 for LME Week 2021. There will be an option for an in-person attendance at the seminar and the LME dinner will take place, LME says.

Reuters has named its first woman to lead the news organization in 170 years. The new editor-in-chief is Alessandra Galloni, its global managing editor.

A blog called OptionsTradingIQ.com has a post titled “WHAT IS FRONT RUNNING?” I have been a front runner my whole life. Every time I try running backwards, I trip over something. Most people trip up when they front run too, in the markets.

For the fixed income crowd: Robin Marshall, director of fixed income research at FTSE Russell, will lead a webinar on Wednesday, April 14, at 10 a.m. ET, titled, “After the Taper Tantrum; Key issues for Global Fixed Income in Q2, 2021.” Planned discussion topics include the economic impact of the recent increase in bond yields and whether or not central banks are behind the inflation curve. Register here.~SC 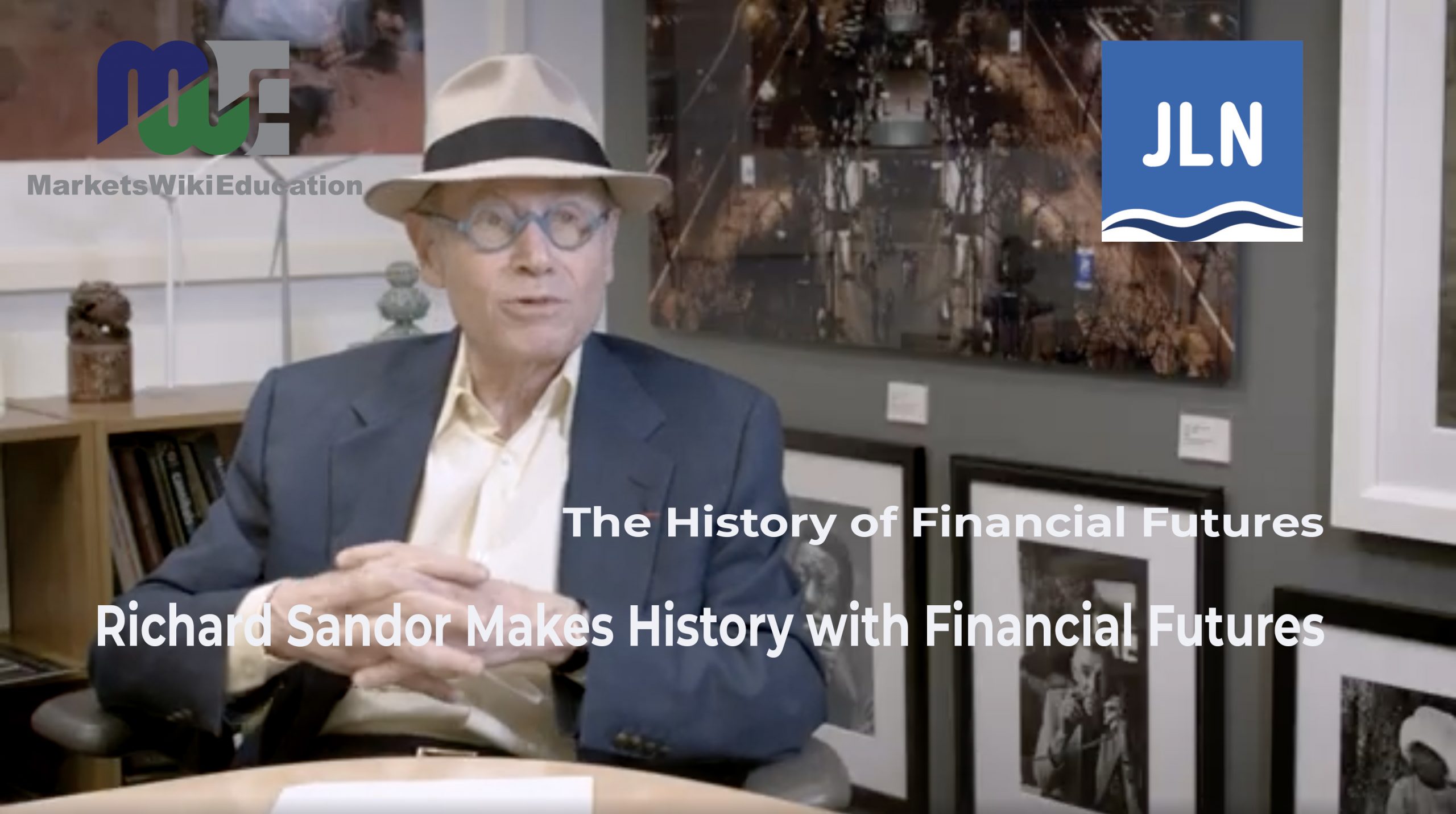 How Do You Measure a Fill? Nasdaq Attacks with a Dull Knife
John Ramsay – IEX
Those who follow equity markets closely know that D-Limit is an order type introduced by IEX in October of last year that is designed to help incentivize displayed quotes by protecting users of the order type from latency arbitrage. It does so by automatically adjusting the order’s price in very small time increments (adding up to several seconds during the trading day). We use a disclosed formula that detects when national best bid or offer prices are changing and displayed quotes are at high risk of being executed at “stale” prices. Latency arbitrageurs seek to selectively trade against displayed quotes in these same fleeting moments. During the more than 99% of the trading day when prices are not in transition, the order type functions like any other limit order. D-Limit has won widespread support and was approved unanimously by the SEC after an extensive approval process. We have published various analyses showing the strongly positive results from the use of D-Limit.
/bit.ly/328xKBZ

*****Knife fight between IEX and Nasdaq.~JJL

Credit for Climate Action
Margaret E. Peloso, Sarah E. Fortt, and Lindsay Hall – Vinson & Elkins LLP
The Fourth National Climate Assessment, issued by the U.S. Global Change Research Program, found that climate change is already having an impact on businesses and communities across the United States. The report also found that, without significant global mitigation and adaptation efforts, climate change will inflict increasing disruption and damage. International reports have made similar findings. As a result of these existing and anticipated disruptions, climate change has become a major business concern for many company executives and investors.
Read the report here.
*****Climate change is a major business concern, yes indeed!~JJL

LME Week 2021 – save the date
11-15 October
We are pleased to announce that LME Week 2021 will be going ahead in London this year, subject of course to UK government guidance. The LME Metals Seminar will be held on Monday 11 October (with options to attend in-person or virtually) and the LME Annual Dinner will take place on Tuesday 12 October.
/bit.ly/3dUTKWq

Some Pubs and Shops Reopen in England, Raising Hopes for Economic Recovery; The pandemic has left Britain with deep economic wounds, but “Monday is a really positive start.”
Eshe Nelson – NY Times
For the past year, the British economy has yo-yoed with the government’s pandemic restrictions. On Monday, the next bounce began as shops, outdoor dining, gyms and hairdressers reopened across England for the first time in months.
/nyti.ms/327JZ1D

Reuters Names a New Editor in Chief; Alessandra Galloni, its global managing editor, will be the first woman to lead the news agency in its 170-year history.
Katie Robertson and Edmund Lee – NY Times
Reuters has named Alessandra Galloni, one of the news agency’s highest-ranking editors, as its new editor in chief, the company announced Monday. Ms. Galloni, 47, will be the first woman to lead the Reuters newsroom in its 170-year history. As global managing editor since 2015, she already had a top position at one of the world’s biggest news organizations, with 2,500 journalists in 200 locations.
/nyti.ms/32apS2F

Maybe SPACs Are Really IPOs; Also Bitcoin contango, GameStop NFTs, Goldman Small Cap Research and financial domination.
Matt Levine – Bloomberg
A popular and approximately true thing to say about special purpose acquisition companies is that a company that goes public through a SPAC can tell investors its financial projections, while a company that goes public through an initial public offering can’t. If you merge with a SPAC, the thinking goes, you can market yourself to investors based on projected future revenue and income; if you do a regular IPO (or a direct listing), you can only tell investors about your past financial results.
/bloom.bg/3tiM0Uo

Monday’s Top Three
The most-read story on Monday was from Bloomberg’s Editorial Board, Europe Is Heading Toward a New Financial Crisis. No. 2 on Monday was a Yahoo Finance story that also was the second most-read on Friday, JPMorgan CEO Jamie Dimon outlines ‘serious weakness’ of virtual work. And the third most-read was from the Wall Street Journal, ETFs Could Rock the Bitcoin World.