Coinbase is the most valuable U.S. exchange after its direct listing on Nasdaq (MarketWatch).

Messages of congratulations have flooded in for Gary Gensler on his confirmation by the U.S. Senate (WSJ) (Politico) to become the next chairman of the U.S. Securities and Exchange Commission, including from his new colleagues at the SEC. Here are the statements from FINRA, FIA, SIFMA, DTCC, and a MarketsMedia recap of welcoming tweets.

Brad Levy is in as CEO of Symphony and David Gurle steps back, staying on the board, The Trade reports. Here is a story from Best Execution as well. And Business Insider.

The Financial Times has a Special Report – Risk Management: Financial Institutions. Here are the stories from the report:

CFTC Commission Dawn Stump is the keynote speaker at WFE’s Clearing And Derivatives Conference 2021 on Monday, April 19, 2021. It is a virtual event.

The keepers of the flame of pure capitalism, the editorial board of the Wall Street Journal, have an editorial titled Down With Big Business, Again taking aim at the corporate CEOs who have spoken out about voting rights.

Bernie Madoff may have died, but the search for assets after his Ponzi scheme continues (WSJ). The fraud left a big human toll (NY Times). He left behind only misery and heartbreak (Bloomberg).

Cows that don’t fart as much are a big thing in the carbon markets (Bloomberg).

Regular activity will reduce the chance of severe COVID-19, according to a study published in the British Journal of Sports Medicine (CNN).

There were no new donations to the JLN MarketsWiki Education GoFundMe campaign yesterday. We did post a video from our The Path to Electronic Trading series, this one of Scott Knudsen. It is one you will not want to miss as he walks us through his experience at IMC and tells how they turned into a huge electronic trader.

Eurex has just published a “Derivatives Forum Frankfurt 2021 Report,” based on its conference held on March 23 and 24. The report covers five key topics that also were highlighted at the meeting and range from markets and regulation to responsible investing. You can read it here. ~SC

Scott Knudsen – From Open Outcry to Electronic Trading to Trading the GOAT
JohnLothianNews.com

Scott Knudsen found his way to the world of trading by mistake on the online portal at the career center at Northwestern University, where he was studying electrical engineering. He ended up interviewing with a firm called Holland Trading House, which would later become IMC. 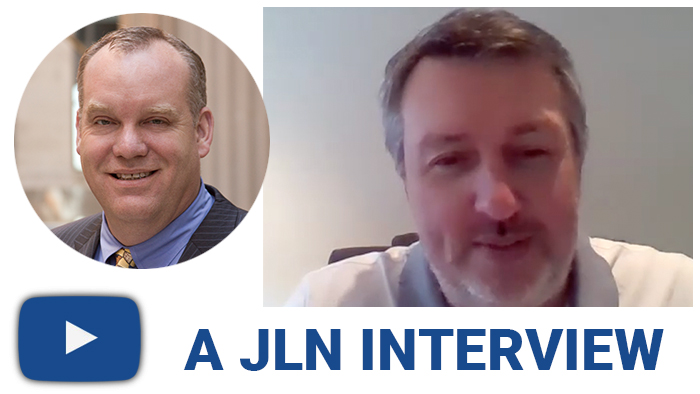 Brendan Bradley Is No ESG Investing Dummy and He Has a Book to Prove It
JohnLothianNews.com

Brendan Bradley is no dummy, and he has two Dummy books to prove it. First he co-wrote “FinTech For Dummies.” Now he has written “ESG Investing For Dummies.” John Lothian News interviewed Bradley over Zoom about his new book and the ESG space.

Former world leaders call on Biden to suspend Covid-19 vaccine patents; Gordon Brown one of 175 figures urging action to boost inoculation rates in the developing world
Aime Williams – FT
A group of 175 former world leaders and Nobel laureates is urging the U.S. to take “urgent action” to suspend intellectual property rights for Covid-19 vaccines to help boost global inoculation rates. A measure to allow countries to temporarily override patent rights for Covid-related medical products was proposed at the World Trade Organization by India and South Africa in October, and has since been backed by nearly 60 countries.
/on.ft.com/3gdlk3K

*****This would be a great thing to do from a humanitarian perspective and a bad thing from a capitalism perspective. Of course, we won’t have capitalism if there are no customers.~JJL

Symphony appoints Levy CEO as founder steps back from company; Former Goldman Sachs veteran and chief commercial officer at Symphony, Brad Levy, will succeed David Gurlé when he retires on 31 May.
Annabel Smith – The Trade
Symphony has appointed its president and chief commercial officer, Brad Levy, to replace chief executive and founder, David Gurlé, as he steps back from the day-to-day running of the company.
/bit.ly/3uQQBxr

How Bernie Madoff Fooled the World; The deceased financier’s name has become shorthand for a certain kind of investment fraud. Here’s how he got away with what he did for so long.
John Authers – Bloomberg
Bernard Madoff has gone to meet his maker, but we have not heard the last of him. Like Charles Ponzi before him, his name has already become part of the financial lexicon, shorthand for how financiers can exploit human nature for profit.
/bloom.bg/2QqxvPO

*****Charles Ponzi’s scheme was for about one year. Madoff’s ran for a more than a decade.~JJL

The Grand Opening
Kapil Rathi – Crosstower
Today all eyes are on Coinbase and their IPO through direct listing. Today’s events mark a significant step forward for many reasons. Not only will the listing be one of the largest on record, and the first truly major IPO in the digital asset space, the fact that it will go public via direct listing and not through a traditional IPO process is another sign of the evolution of the investment banking industry. Rather than utilizing Wall Street firms to place large blocks of stock with select clients at a steep discount to anticipated valuation, a process through which banks generate huge fees and trade favors with their best clients, everyone will have an equal shot at purchasing shares when the stock opens for trading. This process on the whole seems significantly more efficient and democratic than a traditional IPO process, but it also carries more volatility risk.
/bit.ly/3gbBomy

*****I did not know that Texas Southern was such a hotbed of financial talent.~JJL

Wednesday’s Top Three
The most-read story on Wednesday was the Bloomberg obituary, Bernard Madoff, Mastermind of Giant Ponzi Scheme, Dies at 82. The No. 2 story was also from Bloomberg, Crypto Exchanges Usher in Era of Round-the-Clock Stock Trading. And No. 3 was a John Lothian News video interview, Scott Knudsen – The Path to Electronic Trading Led to a Best Execution Platform for Bitcoin.