Gary Gensler has been sworn in as the chairman of the SEC. – (Bloomberg), (SEC)

The World Health Organization warns of a global surge in COVID cases and deaths with the world approaching the highest rate of infection. Brazil and India are particularly affected. – (ABC News)

Robinhood Financial, LLC was hit with an order from the SEC that found that from 2015 through September 2018, Robinhood made material misrepresentations and omissions relating to its revenue sources, specifically its receipt of payment from certain principal trading firms for routing Robinhood customer orders to them, and relating to certain statements about the execution quality Robinhood achieved for its customers’ orders. The Commission also found that Robinhood’s customers received inferior execution prices compared to what they would have received from Robinhood’s competitors, caused in large part by the high payments for order flow resulting in Robinhood’s failure to satisfy its duty of best execution. Robinhood was fined $65 million, which went into a newly created “fair fund” so the fine can be distributed to harmed customers. The charges were originally brought in December 2020 – (SEC)

Amazon Web Services (AWS) is holding a financial services symposium on May 4, 2021. The virtual free conference is “designed for executives and professionals in the financial services industry seeking new strategies to drive business transformation.” – (AWS)

FlexTrade has a timely entry on their FlexAdvantage Blog by Ivy Schmerken titled “Converting Capital Markets to Cloud.” – (Flextrade)

The CME Group is holding a webinar on Tuesday, April 27, at 10 a.m. CT titled “Bitcoin for Institutions: The New Normal.” The webinar will explore the factors driving institutional interest and participation in bitcoin. Speakers will include Christine Sadler, head of sales of marketing for Fidelity Digital Assets, Tim McCourt, managing director and global head of equity products and alternatives investments, Michael Sonnenshein, CEO of Grayscale Investments, and Michael Moro, CEO of Genesis. – (CME Group)

Journalist Erin Arvedlund has a great commentary in Vanity Fair titled “20 Years After I First Questioned Bernie Madoff’s Success, the Great Villain of the Financial Crisis Is Dead.” – (Vanity Fair)

The Block announced via a blog post by The Block CEO Michael McCaffrey, “the successful close of a management buyout to form the only employee-owned firm in crypto research, news and information services.” – (The Block)

Katten partner Lance Zinman has been named to The American Lawyer’s 2021 Midwest Trailblazer’s list, recognizing him as an “agent of change” in the financial services industry. – (Katten)

DRW is looking for a compliance officer in their Chicago office to assist in the oversight of all North American-based compliance, including surveillance, monitoring, developing and enforcing compliance policy and procedures, and providing compliance education and counsel to internal futures trading businesses. – (DRW)

Curve Global CEO Andy Ross has a big grin on his bearded face these days as they just had their best quarter ever and they announced BNP Paribas is now live for their house STIR traders. Also, their “fee free” trading period continues until the end of September.

We had no new donations to the JLN MarketsWiki Education GoFundMe campaign yesterday. Remember, the next $17,300 in donations will be matched dollar for dollar by Trading Technologies. Support our efforts to preserve industry history by giving to our GoFundMe campaigns.

Today we have the first of a two-part video interview with Tom Ascher, executive chairman of Quantitative Brokers, for the Open Outcry Traders History Project. Later this week we will release videos of bond trader Jim Marzano and former CME Group CIO Jim Krause for The History of Financial Futures and The Path to Electronic Trading series, respectively.

Tom Ascher was interviewed by John Lothian News over Zoom for the Open Outcry Traders History Project. Ascher traded at the Chicago Board Options Exchange, and after getting into exchange politics he rose to vice chairman of the CBOE board. He later served as the CEO of Nasdaq-Liffe and had a long run as the chief strategy officer of the International Securities Exchange. Today, he is the executive chairman of Quantitative Brokers, which is majority owned by Deutsche Boerse.

Episode 9 of STA Trading Views: An Exchange with a View, features Ronan Ryan, president and co-founder of IEX, and John Ramsay, chief policy officer, IEX.
STA
Our conversation includes the ability for exchanges to compete in today’s regime; what a Gary Gensler chairmanship means for the SEC’s priorities and the backstory on IEX’s popular podcast, Boxes + Lines.
/bit.ly/3mV9IUv

****This ISDA podcast to listen to.~JJL

*****The faster the better. The faster, the more money we save.~JJL

There’s a Name for the Blah You’re Feeling: It’s Called Languishing; It’s the neglected middle child of mental health, and can dull your motivation and focus. It may be the dominant emotion of 2021.
Adam Grant – NY Times
At first, I didn’t recognize the symptoms that we all had in common. Friends mentioned that they were having trouble concentrating. Colleagues reported that even with vaccines on the horizon, they weren’t excited about 2021. A family member was staying up late to watch “National Treasure” again even though she knows the movie by heart. And instead of bouncing out of bed at 6 a.m., I was lying there until 7, playing Words with Friends. It wasn’t burnout — we still had energy. It wasn’t depression — we didn’t feel hopeless. We just felt somewhat joyless and aimless. It turns out there’s a name for that: languishing.
/nyti.ms/2QCc2DI

*****I can relate. It is difficult to have goals when your horizon is hazy.~JJL

Friday’s Top Three
The top-read story on Friday was from CNBC, There’s a single New Jersey deli doing $35,000 in sales valued at $100 million in the stock market. The second most widely read story was a profile of Sam Bankman-Fried, the founder of FTX, by the Wall Street Journal, This Vegan Billionaire Disrupted the Crypto Markets. Stocks May be Next. The third was from Bloomberg, ‘Dramatic’ Round of Regulation Seen Coming for Cryptocurrencies. 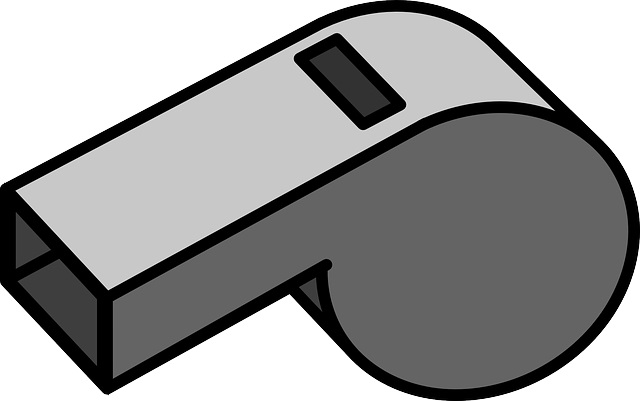