An Old Idea To Start A New Revolution

In a recent JLN interview, Donnie Roberts, the CEO of the Small Exchange, said he “want(ed) people to join a bit of a revolution that we feel we have started.” If Roberts is going to succeed, he is going to have to put on his Phrygian cap and start a real revolution.

Luckily for him, there is a revolution in retail trading happening right now.

One of the elements that has propelled the Small Exchange to its early success is also the thing that could hold it back from a revolution. That element is its strategic owners, who have strong ties to the dominant exchanges. Small Exchange’s strategic investors, like Citadel, PEAK6, Jump Trading, IBKR and Phillip Capital, need to balance their revolutionary zeal with their much larger business interests in the dominant exchanges, e.g., CME Group and Intercontinental Exchange.

Do you have a ridiculous moment you have caught on video? You might have a fortune residing in your phone and not know it. A YouTube video titled “Charlie bit my finger” has sold as a non-fungible token for over $760,000. That is right, you might be able to pay off your home with a video sitting on your phone. — NY Post

Attorney Douglas E. Harris has written a piece for the Futures and Derivatives Law Report, Volume 41, Issue 5 from Thomson Reuters titled “Boosting Financial Services C-Suite and Board Diversity is a Business and Regulatory Imperative.”

Matt Raebel has resigned from John J. Lothian & Company, Inc. He contributed to CryptoMarketsWiki and MarketsWiki and recently served as an editor of JLN Options. He also was the face of The Spread weekly video series and produced podcasts on crypto-related content.

Sarah Rudolph is stepping in to help Jeff Bergstrom edit JLN Options. Suzanne Cosgrove will take over the writing of The Spread. Thom Thompson continues moving content from CryptoMarketsWiki to MarketsWiki. We have not made a decision yet on the presenter for The Spread.

Note to Steve Cohen, owner of the New York Mets: I am a free agent and willing to play in New York if you run out of players and get really, really desperate for replacement players. — NY Post

******
Morningstar Indexes’ Amelia Furr and Equileap co-founder Diana van Maasdijk will host a free webinar this morning at 9:00 a.m. CT on global trends in gender diversity policy — and the role the corporate sector can play in advancing the cause for equality. Register for “Investing Inclusively: Building Shareholder Value Through Gender Diversity,” here. ~ SC 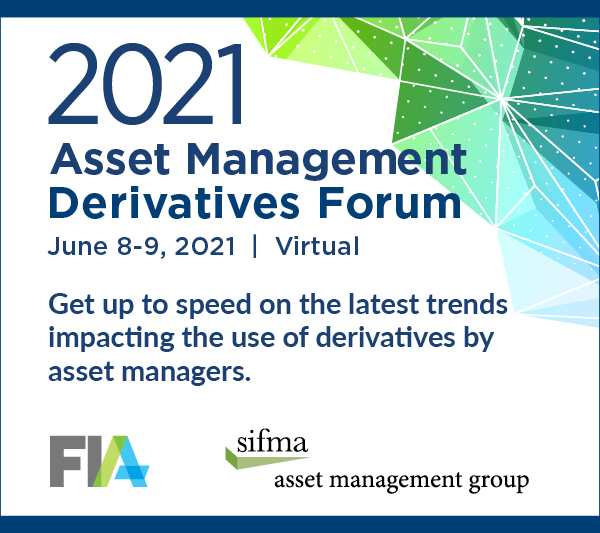 FIA and SIFMA AMG are bringing you a virtual take on the Asset Management Derivatives Forum in 2021. Join us for virtual programming on June 8 and 9, during which market participants from all sides of a trade and leading regulators will examine the latest developments impacting the use of derivatives by asset managers. This year’s keynote speakers are Dan Berkovitz, commissioner at the Commodity Futures Trade Commission, Catherine McGuinness, chair of the policy and resources committee for the City of London, and Allison Herren Lee, commissioner at the U.S. Securities and Exchange Commission. Learn more and register!

Meet the Hedge Fund Boss Who Just Bought Tribune’s Newspapers; Heath Freeman, president of Alden Global Capital, is known for pushing big cost reductions, which he says help to save newspapers
Lukas I. Alpert and Cara Lombardo – WSJ
Six weeks ago, it seemed as if hedge fund boss Heath Freeman was losing his grip on Tribune Publishing Co. TPCO 0.41% But he never let go—and now he has his prize. Mr. Freeman, the president of Alden Global Capital LLC, is poised to become the leader of the second-largest U.S. newspaper company, following the firm’s takeover of Tribune. Shareholders voted Friday to approve a sale to Alden, which previously had a roughly 32% stake in the company.
/on.wsj.com/3hQdwWq

*****We will see what is left of the Chicago Tribune when he is done making his changes. The Tribune of today is a shadow of its former self as a world-class newspaper.~JJL

Monday’s Top Three
Our top story on Monday was Bloomberg’s Hong Kong Exchange’s New CEO Is Put on Cleanup Duty, about the new head of HKEX, Nicolas Aguzin. Second was a repeat from the previous top three, Kenilworth mansion with ties to World’s Fair takes 9 years to sell, from Crain’s Chicago business, about the former home of Gerald Putnam. Third was the New York Times’ How Humanity Gave Itself an Extra Life, about how the human life span doubled between 1920 and 2020.