The final bell has not tolled for the LME’s Ring. Open outcry trading will live on at the London Metal Exchange after all. Bloomberg reported the LME canceled plans to close its open-outcry trading floor after a backlash from major users. — Bloomberg

What is ironic from a Chicago trading perspective is that it was always the Chicago locals and brokers who were credited with having outsized market and political power, yet it is the London Metal Exchange crowd that won the fight to keep its open outcry markets open. The Chicago locals and brokers sold out their CME Group shares for the most part or morphed into electronic traders, ceding their influence over exchange politics to the investors who took their place. It was not a wrong decision, but I do find irony in the LME crowd’s success in keeping the ring open.

Here is how FairX defines each of these categories of market participants:

Market Maker – Account in the name of any person that has signed a market maker agreement with Fair Exchange.

Non-Professional Trader – Account in the name of an Individual or entity that is:
A. Not registered, qualified, or otherwise identified as a professional trader, market maker, liquidity provider, money manager, commodity trading advisor, or investment adviser with any stock, commodities or futures exchange or contract market, or with any financial regulatory authority; B. Not engaged in brokerage, banking, investment, or financial activities, as part of their regular course of business; C. Not using a fully automated order generating computer system; and D. Trading for its own account.

Since I am still registered as a Commodity Trading Advisor with the National Futures Association, I would be classified as a professional trader.

The NFA is not the only regulator being targeted by a phishing attack. FINRA has issued an alert for emails using the “gateway-finra.org” domain name. The email asks the recipient to click a link to “view request” and provide information to “complete” that request, noting that “late submission may attract penalties.” — FINRA

Trading Technologies matched the weekly donations to the JLN MarketsWiki Education GoFundMe campaign yesterday. Otherwise, there were no new donations to the campaign. Support our efforts to preserve industry history by giving to our GoFundMe Campaign.

On Tuesday, June 22, and Wednesday, June 23, the Association for Digital Asset Markets (ADAM) and Eventus Systems will host a two-day virtual conference on issues affecting digital asset markets featuring Grayscale CEO Michael Sonnenshein and MicroStrategy CEO Michael Saylor, among others. The event starts at 10:00 a.m. Eastern on both days. You can go here to register.~SR

Women in Listed Derivatives (WILD) is offering another round of virtual networking in this quarter’s Conjunction Function event. It is an online small group discussion with industry peers and friends and is for WILD members only. It takes place via Zoom on June 11, 2021 from 11:30 a.m. to 12:30 p.m. and is free. You can go here to register.~SR 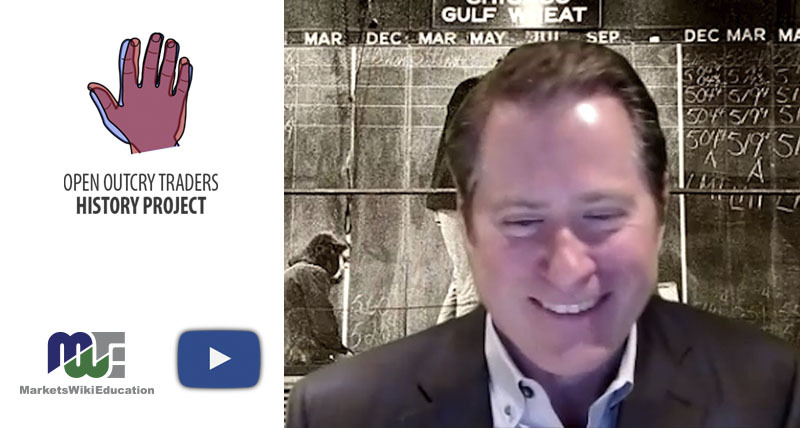 Peter Harrigan capped off his career as a floor trader on the CME and the Pacific Exchange in the middle of a bear market in 2002. Since then, he’s managed money, helped start up an AI company and traded cryptocurrencies, but he continues to speak fondly of his floor days, even the challenging ones.

*****We learned how many eggs we have in the same basket in the cloud.~JJL

The Secret IRS Files: Trove of Never-Before-Seen Records Reveal How the Wealthiest Avoid Income Tax
Jesse Eisinger, Jeff Ernsthausen and Paul Kiel – ProPublica
In 2007, Jeff Bezos, then a multibillionaire and now the world’s richest man, did not pay a penny in federal income taxes. He achieved the feat again in 2011. In 2018, Tesla founder Elon Musk, the second-richest person in the world, also paid no federal income taxes. Michael Bloomberg managed to do the same in recent years. Billionaire investor Carl Icahn did it twice. George Soros paid no federal income tax three years in a row. ProPublica has obtained a vast trove of Internal Revenue Service data on the tax returns of thousands of the nation’s wealthiest people, covering more than 15 years. The data provides an unprecedented look inside the financial lives of America’s titans, including Warren Buffett, Bill Gates, Rupert Murdoch and Mark Zuckerberg. It shows not just their income and taxes, but also their investments, stock trades, gambling winnings and even the results of audits.
/bit.ly/3v3W5oc

Monday’s Top Three
Our top story Monday was Risk.net’s CME rebuts accusations of procyclical margining, about a soon-to-be-released white paper in which CME analyses its own performance during the Covid-19 pandemic. Second was, for the second time in our top three, A former head of macro strategy at legendary investment firm Citadel lays out the 5 key qualities he believes makes a great trader — and provides a rare outlook on the future of hedge funds, from Business Insider. Third was What to expect when interviewing and onboarding 100% remotely, from DRW.