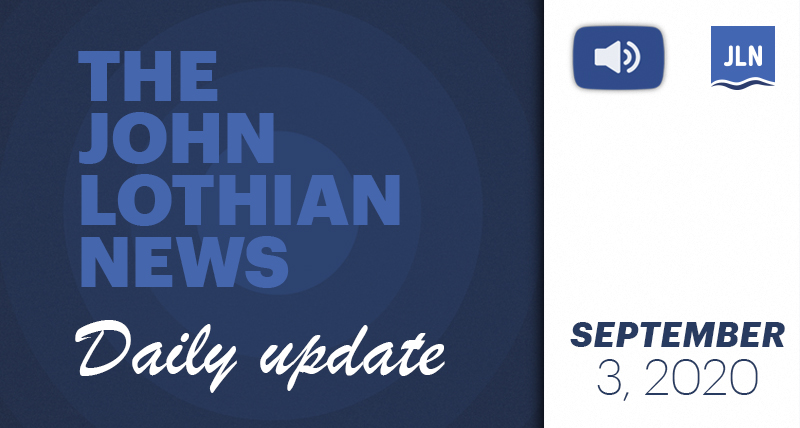 Chris Brummer, the Agnes N. Williams Research Professor at the Georgetown University Law Center, led a virtual panel discussion yesterday titled “What do the data reveal about (the absence of Black) financial regulators?” The panel discussed a paper that researched the subject and found that “The historical data indicate that there have been a total of 327 individuals appointed to financial regulatory agencies. Of the total, 10 have been Black.”

Former CFTC Commissioner Sharon Bowen was on the panel and was one of the 10 black regulators listed.

The Wall Street Journal has an online story titled “How to Stop Eye Strain When You Relentlessly Stare at Screens,” by Ashley Mateo. This is an important subject as I know my eyes hurt after I have been looking at a screen for 11 hours a day, like I did yesterday.

The New York Times is reporting that U.S. Federal Borrowing Amid Pandemic Puts U.S. Debt on Path to Exceed World War II. When are the Boy Scouts going to start selling pandemic bonds for the government?

Stacy Mallon, the director of infrastructure and security at Vela, has a blog post titled “Marketplaces in the cloud: It’s about much more than data.”

The great Tom Seaver, one of the best pitchers ever to play the game of baseball, has died at the age of 75.

New York City Warehouse Storing Million-Dollar Art to Shut Down
Katya Kazakina – Bloomberg
The $40-million warehouse called Arcis is located in Harlem; Developed by Cayre Equities, it features retina scanning
Manhattan’s first freeport, a windowless five-story warehouse in Harlem designed to store $2.5 billion worth of blue-chip art, is closing after two years. Named Arcis, which means stronghold or citadel in Latin, the building was developed by Cayre Equities at a cost of more than $40 million and includes 110,000-square-foot of space and security features such as retina scanning. It was built on a lot designated as a foreign-trade zone, meaning that the merchandise inside isn’t subject to U.S. duty or excise tax.
/jlne.ws/3lG46MV

The Hamptons Hit Uncharted Waters: $75,000-a-Month Fall Rentals; The summer season used to end on Labor Day weekend. Not anymore.
James Tarmy – Bloomberg
In the not-so-distant past, Labor Day signaled the end of the Hamptons summer season. “It was called tumbleweed Tuesday,” says Ritchey Howe, an agent in Southampton, N.Y., with Sotheby’s International Realty. “You could shoot a cannon down main street in Southampton and not hit anyone.” This year is different.
/jlne.ws/2GjMSoc

******The burbs and country will continue to be populated after Labor Day.~JJL

When Will Covid Vaccine Be Available? CDC Tells States to Prepare for Nov. 1
John Tozzi and Michelle Fay Cortez – Bloomberg
The U.S. Centers for Disease Control and Prevention has told states to prepare for a Covid-19 vaccine to be ready by Nov. 1 and asked them to remove obstacles that would prevent distribution sites from opening.
The date suggests the federal government anticipates a vaccine will become available just days before President Donald Trump stands for reelection Nov. 3, an aggressive goal that would depend on shots being tested and reviewed by then. Trump’s political future hinges on the response to the virus that has killed almost 185,000 Americans.
/jlne.ws/2F4TExK

*****Two days before the election, how convenient. This is about politics, not science.~JJL

HBO’s new cult doc has big lessons for investors
David Z. Morris – The Ledger
When I first started writing about cryptocurrency (way back in 2013, no big deal), I was above all above all fascinated by the potential of decentralized systems to disrupt everything we took for granted about banks, payments, and finance. But by early 2017, ponzi schemes and other cons had begun leveraging that promise for darker ends. My own fascination increasingly expanded from the technology of crypto to the legion of operators who used techy language and hype to hoodwink victims.
/jlne.ws/34UlqI5