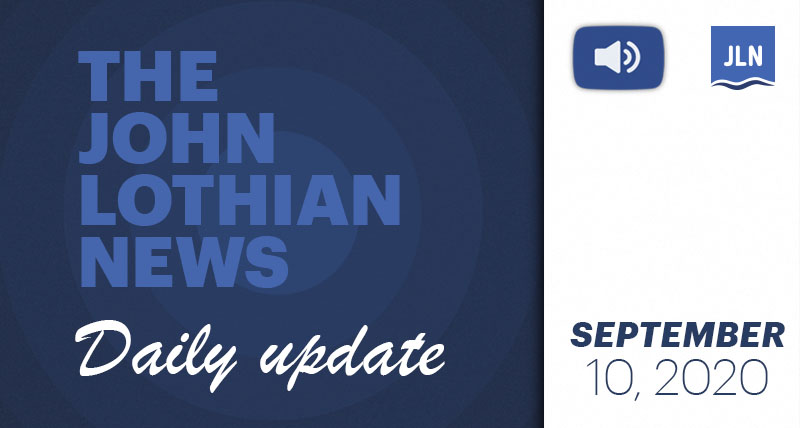 ED&F Man saw the abyss and walked back from it, getting a last minute deal to extend their debt and inject some cash into their business. See more details in the FT story at the top of Leads.

The American Financial Exchange [[https://bit.ly/2FsqubG
|announced a new Ameribor30 product]], which is a forward looking Ameribor rate. Also. Alabama-Based ServisFirst Bank announced the first loan based on the Ameribor30 for $20 million.

It was yesterday in 1997 that CME launched the e-mini S&P 500 futures contract.

John MacNamara and Daniel Day-Robinson have started a new business in the UK called ‘Trade Finance Rhino’. You can see more information on their new site at https://www.tfrhino.com.

Peak6 has a story on their website about Paul Whalen, who went from being an Indiana University Bloomington jazz piano student to data team lead.

ChartIQ is looking for a sales director in Chicago to sell their ChartIQ visualization tools and Finsemble smart desktop.

Sign up for Barchart’s FREE virtual grain summit. The event features a concise agenda, focused on the latest trends, analysis and technology impacting the grain markets and one panel each day. The event is on Sep 21 – 23 at 2pm CST. Register HERE.

On the heels of ICE’s Sept. 4 acquisition of Ellie Mae, the latter company announced that “Ellie Mae Experience 2021”, a technology conference for the residential mortgage industry, will be an online event held March 8-26, 2021. Registration for the three-week long event will open in October 2020. You can go here for more information and here to receive updates.~SR

David Downey Knows Security Futures Like No One Else
John Lothian

David Downey does not suffer fools well. His statements are very direct and to the point. And he knows when he is right and is willing to point out where regulators and competitors are wrong. Downey is in the process of shutting down OneChicago, but his writings and comments about security futures products will live on much longer and may yet change the world.

A perfect example of this was his letter to the CFTC from October 1, 2018, ostensibly about security futures position limits and position accountability, but really an opportunity for him to unload about how security futures are misunderstood by the regulators. The comment was for the CFTC, but aimed at both the CFTC and the SEC.

Downey took the OneChicago job after retiring from a career with Timber Hill and Interactive Brokers. He retired suddenly, as I wrote earlier, for personal reasons that involved a tragic car accident that took the lives of two close friends. There is a great profile of Downey by Anthony Malakian in Waters Technology from 2011 I recommend.

It was Thomas Peterffy who convinced Downey to take the OneChicago job, and Malakian says it all happened because of one sentence from Peterffy, “No one thinks it can be done.”

Euronext Prepares $4 Billion Bid for Borsa Italiana
Tommaso Ebhardt, Jan-Henrik Foerster, and Alessandra Migliaccio – Bloomberg
Joint bid with Italian partner to come as soon as this week; Deutsche Boerse also planning to make offer for Italy exchange
Euronext NV is preparing to submit a bid as soon as this week for Borsa Italiana SpA together with an Italian state-owned lender, people with knowledge of the matter said. The offer is set to value the business, which is owned by London Stock Exchange Group Plc, at about 3.5 billion euros ($4.1 billion) to 4 billion euros, according to the people. Euronext has agreed to a joint bid with Italy’s Cassa Depositi e Prestiti SpA, which would get about an 8% stake in Euronext if the deal is successful, the people said, asking not to be identified because the information is private.
/bloom.bg/3hhp1Cn

*****The exchange for sale game is being played in Europe again.~JJL

Why Libor’s demise threatens small businesses most
Claire Jones – FT
In death as in life, Libor’s demise is seldom discussed without mentioning that the rate underpins contracts worth hundreds of trillions of dollars. Yet, as efforts to ditch the interest rate benchmark intensify, are we missing out on where the true difficulties in dumping Libor lie? We think most of what those in the know dub “tough legacy” contracts — that is, contracts where an alternative to the London Interbank Borrowing Offered Rate (Libor) cannot easily be found — are in the cash markets. That makes up only about a fifth of total assets underpinned by Libor with the balance derivatives. While the derivatives market has its own challenges, its financial sophistication has meant it’s in a far stronger position in preparing for transition. By focusing more on the overall size of the market, we’re underestimating the massive implications the death of Libor will have on lending to businesses — especially smaller ones.
/on.ft.com/2Fjrakb

How Travel Will Change Post-Pandemic: 10 Expert Predictions; We asked industry pros where we’ll be traveling in years to come and how hotels, flights, airports and even luggage will evolve—for the better
Andrew Nelson
1. We’ll rethink Europe.
Expect a cooling of the romance with Europe’s capitals and new affection for less-crowded cities with strong cultural offerings. “I’d keep an eye on Lyon and Hamburg,” said UK-based travel writer Annie Fitzsimmons, who also predicts a rediscovery of less populated European islands. Among them: Germany’s 24-mile-long island of Sylt, a Teutonic Nantucket.
/on.wsj.com/3hks8tg

*****This article assumes two things, that there is a post-pandemic and that there will be travel. My guess is migrations will be more important than travel.~JJL

QAnon has the makings of America’s al-Qaeda; The US faces great danger if Trump loses the election in November
Edward Luce – FT
Mention terrorism and most Americans will instantly think of Muslims. On Friday the US will commemorate the 19th anniversary of the September 11 2001 terror attacks. In reality, America should nowadays be far more worried about domestic threats. Two-thirds of its terrorist incidents last year were carried out by rightwing extremists. That rose to 90 per cent in the first five months of this year.
/on.ft.com/2F8Abg1

*****History is repeating itself in the wrong ways.~JJL

John Rogers Shares Insights about Stocks and Race Relations
Ariel Investments
In this interview John Rogers candidly discusses his opinions on the market, different sectors, and individual companies that were at the time of the interview held in one or more of Ariel’s strategies.
/bit.ly/3bI6VIy

*****The perfect person to talk about both.~JJL