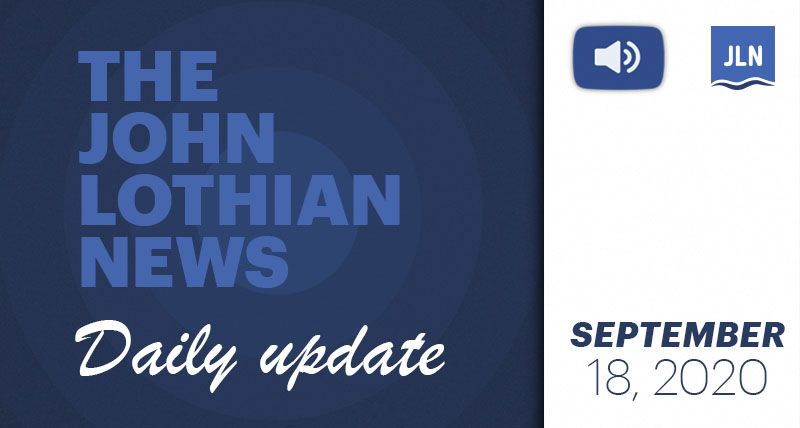 Our friends at CQG have upgraded their sponsorship level (thank you) and as part of the deal they are a sponsor for the first five videos in The Path to Electronic Trading series. We have added a CQG sponsor notice to the Gerry Corcoran video with which we launched the series.

The second video in the series, which we will publish later today and will be in the Weekend Update, is an interview with Dan Gramza, who will talk about his experience helping SGX transition from open outcry trading to electronic trading.

Also, we have also developed a logo for the series, which is shown here.

Brian Mehta, the CMO of Trading Technologies, has a podcast titled “Transforming how Futures are Traded.”

ErisX has made two promotions. Tony Acuña-Rohter has been promoted to chief technology officer. He joined ErisX in February 2018 as head of technology. John Denza has been promoted to chief commercial officer. Denza joined ErisX in January 2019 as a business development executive. It should also be noted that ErisX has two open positions in technology, an application security engineer and a software engineer – full stack. See the careers section of their website for details.

The U.S. Department of Justice announced Wednesday that they had indicted five Chinese hackers and two Malaysian businessmen accused of intrusions that hit more than 100 companies in the U.S. and abroad. If you have not hardened your cyber security, now is a good time to do so. Yesterday was a better time to do so.

Have a great weekend and stay safe and treat people the same way you want to be treated: with respect, equality and justice.~JJL

Correction: In my article about the spoofing trial involving former Deutsche Bank metals traders yesterday, I incorrectly said that jail time was off the table for the cooperating witness David Liew. Liew has pleaded guilty to one count of conspiring to spoof metals markets with DB colleagues but has not been sentenced. The judge in Liew’s case may, in fact, sentence him to prison, up to the statutory maximum of five years, regardless of any sentencing recommendations from the prosecution in his case. The DOJ has agreed not to charge Liew for separately conspiring with a friend at UBS to spoof and he cannot be sentenced to jail time for those crimes, but the judge in Liew’s case may be made aware of these other crimes and take them into account when sentencing Liew. Liew’s potential for serving jail time engendered a lengthy discussion among the attorneys and the judge, who refused to allow the defense attorneys to let anyone to say that Liew had been “granted immunity” with respect to any criminal actions he may have engaged in. ~ Thom Thompson

Update from USA v Vorley et al: David Liew, the junior co-conspiring metals trader in the Deutsche Bank spoofing triad, spilled no new beans when his cross-examination continued Thursday in federal court. Wednesday, he was cross-examined by the attorney for James Varley and yesterday by Cedric Chanu’s attorney. Chanu’s defense covered much of the same ground as Vorley’s attorney, with maybe a little more speed, since the landmarks were familiar, but getting to the same place. Liew was naive and ambitious, a dangerous combination in a place like Deutsche Bank. The “foundation” – as the trial attorneys call it – for that little smear of Germany’s once great financial institution was laid by Liew’s testimony about the lack of training and the total lack of trading ethics oversight he experienced in his years at the bank. Thursday afternoon’s testimony by a senior fellow from compliance who was called by the prosecution buttressed the sorry impression left by Liew. For example, the prosecution’s witness said that among the many hours of compliance training traders at the bank receive was an annual mandatory hour on market manipulation. Their own documents, entered as exhibits, showed that in the several years included in the excerpt from Vorley’s personnel file he took only one training course on market manipulation. The course description said that training was supposed to take no more than half an hour, including the test. Neither Liew nor Deutsche Bank is on trial, but they both look guilty. ~Thom Thompson

The London Metal Exchange will host a webinar on Tuesday September 22 to outline its approach to the role metals and mining play in the transition to a sustainable future. The webinar is free and will take place at 12:00 London time (BST). The speakers will be Matthew Chamberlain, LME CEO and Georgina Hallett, Chief Sustainability Officer. The webinar will be held on BrightTalk. You can go here to register. ~SR

Also, the deadline for feedback on the LME’s Sustainability Discussion Paper, which you can download here, is September 24. ~SR

A final Taxonomy report, published by the EU technical expert group on sustainable finance in March 2020, set out detailed criteria for 70 economic activities that contribute to climate change mitigation and 68 to adaptation activities.

Some 6,000 large EU companies are subject to the EU’s Non-Financial Reporting Directive and will be required to disclose if their activities are Taxonomy-aligned, and to what extent, by January 2022.

The entire initiative “is an important component of ESG (environmental, social and governance) investing,” said Arne Staal, global head of research and product management for FTSE Russell.
“We see very strong interest in Europe, and growing interest in the U.S.,” he said in an interview.

*****You can book another five years for Thomas Book at Deutsche Boerse, and Stephan Leithner too. Congratulations to both.~JJL

C.D.C. Testing Guidance Was Published Against Scientists’ Objections; A controversial guideline saying people without Covid-19 symptoms didn’t need to get tested for the virus came from H.H.S. officials and skipped the C.D.C.’s scientific review process.
Apoorva Mandavilli – WSJ
A heavily criticized recommendation from the Centers for Disease Control and Prevention last month about who should be tested for the coronavirus was not written by C.D.C. scientists and was posted to the agency’s website despite their serious objections, according to several people familiar with the matter as well as internal documents obtained by The New York Times.
/nyti.ms/33ICq1J

*****Do the scientists get to give political advice since the politicians are giving scientific advice?~JJL

The slow death of Big Oil; The industry must reinvent itself to survive in a low-carbon era
The editorial board – FT
Oil and gas companies used to measure their success by how good they were at finding new reserves. The unforgiving rule by which they were judged was the “reserve replacement ratio”, a metric of how successful a company was at replacing the oil and gas it extracted with new supplies. Today, that view is being turned upside down. Bernard Looney, chief executive of BP, believes the future lies in producing less hydrocarbons, not more. He wants BP to cut its production of oil and gas by 40 per cent over the next decade.
/on.ft.com/35OaThS

Queen set for financial blow from coronavirus crisis; UK monarch’s estate warns of falls in rental income and property value
George Hammond – FT
Having ripped through the high street and emptied offices, the pandemic is now threatening the Queen’s coffers. The Crown Estate said on Friday that it expected the value of its property and its profits to be badly hit by the coronavirus crisis. “We are under no illusions about the challenges we face,” said Dan Labbad, chief executive of the estate, which manages a sprawling property portfolio on behalf of the monarch including shops and offices in central London, retail parks in other regions and the seabed off the English, Welsh and Northern Irish coastline.
/on.ft.com/3hFS7vC

Qantas seven-hour flight to nowhere sells out in 10 minutes
Francesca Street – CNN Travel
Pre-pandemic, many of us viewed flying simply as a method of getting from one destination to another as quickly as possible.
But amid global restrictions, travelers have been daydreaming not only about far-flung destinations, but the flying experience itself — from the thrill of the take-off to the unmatched views of the Earth from the cabin window. That’s where “flights to nowhere” come in — air travel that takes place purely for the purpose of the journey, not the destination.
/cnn.it/2RFLXB6

****What happens if you miss your flight?~JB

Thursday’s Top Three
Our top story Thursday was John Lothian News’ Fed’s Star Witness In Spoofing Trial Gets Tarnished Under Cross-examination, by Thom Thompson. Second was Deutsche Börse’s press release Deutsche Börse acquires a majority in quantitative brokers, thereby strengthening its strategic focus on the buy side. Third was What JPMorgan Has To Say About Young Employees Working From Home, from Yahoo Finance.