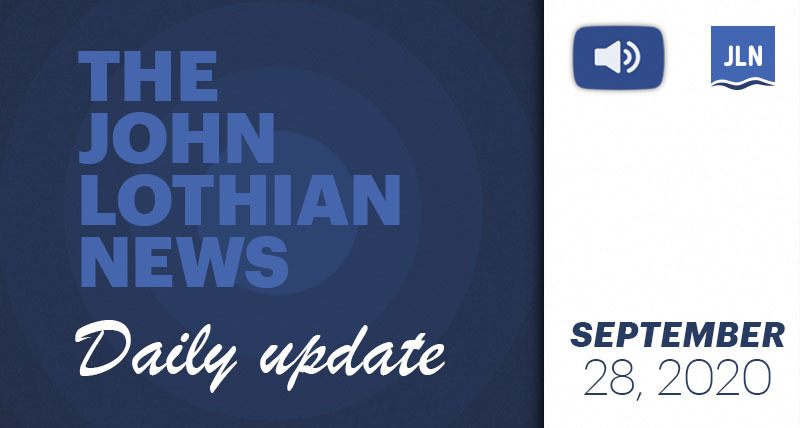 The New York Times dropped a bombshell of a story about President Donald Trump’s financial and tax-paying history on Sunday. One can only guess the impact this news will have on the upcoming Presidential election, but one can now see why President Trump so desperately wanted to keep his taxes private.

From a reader: “Exchange traded derivatives educator to thousands of people, Kevin Baldwin passed away yesterday after complications of a long illness. Kevin had taught and traveled the world for over 20 years at Refco, the NFA, IFM and OCC. He also peppered his career as an MD of an innovative IB in NYC.”

A long time reader with a history of working for banks reached out to me about our new video series, The Path to Electronic Trading. He helped deploy several of the leading platforms for electronic trading. This will be a great addition to the series. If you have a story of how you played a part in the path to electronic trading, please contact me.

My camping trip with my wife Cheryl has been extended by a day, and we are still in Southern Illinois in the Shawnee National Forest. She has enjoyed the camping experience, which is good news. She has the advantage of having a former Scoutmaster as a husband who has been on more than 100 Scout camping trips.

FIA President and CEO Walt Lukken made the following statement in reaction to the EC and ESMA decisions to formally grant temporary equivalence and recognition for clearinghouses based in the UK, which allow them to continue to provide clearing services in the EU at the end of the transition period between the EU and the UK:
“Today’s decision by ESMA on the recognition of UK CCPs, combined with the European Commission’s adoption of time-limited equivalence, ensures financial stability, operational continuity and market access for customers. During these uncertain times, it is imperative that businesses have access to clearinghouses and the risk mitigating services they provide. FIA thanks the leadership shown by EC Executive Vice-President Valdis Dombrovskis and ESMA Chairman Steven Maijoor in making these important determinations.”~SR

The Bank of England and ESMA have agreed on an information-sharing deal, which was needed to allow some European banks to keep using London clearing houses until June 2022.~MR

Cryptocurrency DeFi trading platforms are getting big, especially Uniswap, which now has more than $2 billion worth of digital assets locked in its protocol – the first DeFi platform to reach this milestone. Here is an explanation of how the platform works.~MR 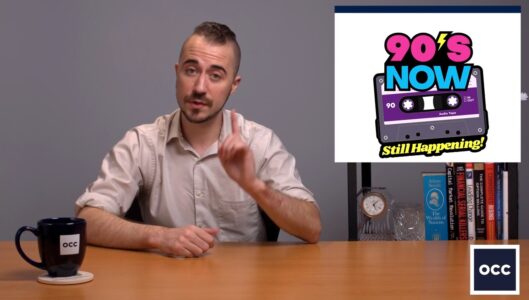 The Spread: This Is How It’s Done
JohnLothianNews.com

Wall Street is shunning Trump. Campaign donations to Biden are five times larger
Matt Egan – CNN
President Trump is promising four more years of low taxes, light regulation and a laser-focus on the stock market. Yet professionals on Wall Street are shunning Trump and funneling staggering amounts of money to his opponent.
The securities and investment industry donated just $10.5 million to Trump’s presidential campaign and outside groups aligned with it, according to a new tally by OpenSecrets. It has sent nearly five times as much cash, $51.1 million, to Democratic presidential nominee Joe Biden.
/cnn.it/2S3JAba

Time to lay a LaSalle tax to rest (opinion)
Crain’s Editorial Board
New Jersey’s proposed tax on financial exchange transactions would likely send New York-based Nasdaq’s massive data center business packing from the Garden State. There are lessons for us here. We can only hope that Chicago aldermen have the week of Oct. 26 circled on their calendars. They might even want to be on hand that week to welcome part of the Nasdaq exchange business that is expected to come to town from the East Coast. That is, if they can find any outward sign of it.
/bit.ly/2G5MN7P

*****As long as there are elections to run in, there will be proposals to tax the markets. There is too much campaign cash to extort by legal means.~JJL

Every Day-Trader Dollar Is Worth Five in a New Theory on Stocks
Sam Potter – Bloomberg
Day traders claiming bragging rights for this year’s $9 trillion U.S. equity rebound can find some supporting evidence in the latest research.
Even as retail trading has grown to represent 20% of daily volume, Wall Street has struggled to figure out how much this modest-sized contingent actually influences prices. After all, the market is teeming with algorithmic funds, long-only managers and more. But a fresh way to understand stock fluctuations via academics at Harvard University and the University of Chicago makes the effort a little easier.
/bloom.bg/2S43gf4

In Isolating Times, Can Robo-Pets Provide Comfort?
Paula Span – NY Times
When Linda Spangler asked her mother, in a video chat, what she would like as gift for her 92nd birthday, the response came promptly.
“I’d like a dog,” Charlene Spangler said. “Is Wolfgang dead?” Wolfgang, a family dachshund, had indeed died long ago; so had all his successors. Ms. Spangler, who lives in a dementia care facility in Oakland, Calif., has trouble recalling such history.
/nyti.ms/340hOCc

*****You still have to walk it or it will leave little batteries on the floor. ~JB

Friday’s Top Three
Our top story Friday was Crain’s Chicago Business’s CME changes rules to smooth out trading. Second was Matt Gaetz accuses GOP’s Kelly Loeffler of bribing Trump with $50 million to push out her rival, from Slate via Yahoo News. Third was the Financial Times’s The prop trading that got away.