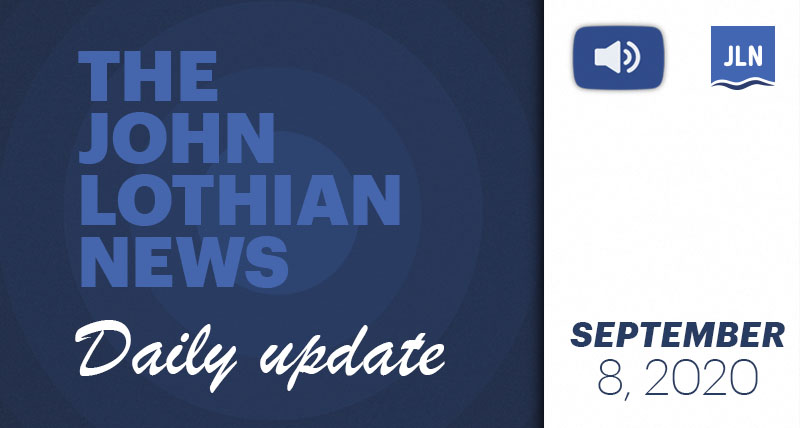 A couple of weeks back I shared with you a negative review that we received on our new effort to acquire feedback and testimonials. I received a personal note yesterday that I wanted to share, as it warmed my soul.

“I just wanted to reach out and thank you for filling your newsletter not only with useful and interesting information, but with inspiration and encouragement. I respect how you are not afraid to step out publicly and espouse basic decent virtues like respect, patience, and persistence. I suspect that this may be even more difficult given your own long-running and painful health issues. Few people are willing to speak of their faith as publicly as you are, but you always stop short of sounding “preachy.” You told us (the readers) that you and Robbie have been helping your church with their web outreach, and I just went to the site you sent and watched you read from Matthew.

I have nothing specific to say except this – you are doing the right thing, the right way, and for the right reasons. Your words and sentiments are both noticed and appreciated.”

I have always said our readers are our best salespeople. And this reader is salesperson of the month.

Today we have a video for our MarketsWiki Education World of Opportunity series that is not from our July 22 event. We are continuing to shoot and share presentations from industry leaders and executives with interesting stories to tell. Today, we have one from Joe Schifano about spoofing. Schifano goes into detail to define spoofing and show examples. It is a bit longer than the normal talk, 25 minutes, but if you are interested in learning about spoofing or concerned about it within your organization, it’s good to watch and learn.

Maggle Sklar of the Chicago Fed is kicking off the first Chicago Fed podcast series with a “fireside chat” with former CFTC Chair J. Christopher Giancarlo. She covers his tenure and markets one year out from the CFTC, CCPs, LIBOR and reference rates, and of course, virtual currencies and the Digital Dollar. Sklar worked for Giancarlo at the CFTC before joining the Chicago Federal Reserve.

Cboe’s Henry Schwartz, in partnership with The Options Industry Council, will present The State of the Options Industry on Tuesday, September 15, 2020. Schwartz will share his analysis of an unprecedented year for the markets and insights on what the future holds. Register HERE.

The CFTC is looking for a trial attorney for their Chicago office.

Many firms are having employees work from home. Some employees are asking if they can work from other cities. This corporate decentralization raises the question, where should the corporate entity be headquartered and legally incorporated? For example, if the CME Group is going to have people work from home, including their homes in Florida, Wisconsin, Michigan and others besides Illinois, then where should the enterprise be headquartered or incorporated?

The Federation of European Securities Exchanges (FESE) is looking to recruit a Policy Adviser to work in the regulatory policy team of the organisation. The position is based in Brussels and is a challenging opportunity for the right person.

Eleanor Jacobs died at the age of 91. Who was she? She was the force behind the Earth Shoe phenomenon. She and her husband found these quirky shoes on a trip to Copenhagen and signed a deal for the U.S. distribution rights. On Earth Day, when people were flocking to a parade, she made the decision to name them “Earth Shoes.” The hippies who initially bought them were supplanted by the masses, as the shoes went on to become a global phenomena. I had a pair of earth shoes during a time when I was growing 9 inches in 18 months. Needless to say, I had difficulty walking from the growth, and the shoes did not help. But I was stylish for the times.

The great Lou Brock, a Hall of Fame baseball player, one-time Chicago Cub and long-time St. Louis Cardinal, has passed away at the age of 81. In my youth, the trade of Lou Brock from the Cubs was often lamented for its stupidity.

Chef Nomi, the founder of DeFi project SushiSwap has handed the project over to Sam Bankman-Fried, the CEO of FTX. It’s interesting that this happened on September 6th; the day before this story broke, Chef Nomi publicly denied that they were leaving the project after converting a portion of SUSHI tokens allocated for developing the protocol into 37,400 ETH (worth about $13 million). When accused of “exit scamming” (cashing out and running off with investors’ money), Nomi said, “I did not. I am still here. I will continue to participate in the discussion. I will help with the technical part. I will help ensure we have a successful migration.” Apparently he changed his mind.~MR

Here’s the evidence—in case you needed it—that downtown’s been seriously damaged; Recent events have shaped the perception, fairly or unfairly, that downtown is no longer a safe place to live or work, and it’s time for everyone—public officials, civic leaders and business execs—to come to terms with that fact.
Crain’s Editorial Board
Anecdotes are one thing. Data is better. We’ve heard the tales all summer—that Chicago’s downtown area has been damaged both literally and figuratively by the recent unrest as well as COVID. Now, thanks to reporting that’s exclusive to Crain’s, we have figures to back up what until now has mostly felt like unsubstantiated dread.
/bit.ly/327OdqI

Pope Francis Says Gossip Is a ‘Plague Worse Than Covid’
The Associated Press
Pope Francis said Sunday that gossiping is a “plague worse than COVID” that is seeking to divide the Catholic Church. Francis strayed from his prepared text to double down on his frequent complaint about gossiping within church communities and even within the Vatican bureaucracy. Francis didn’t give specifics during his weekly blessing, but went on at some length to say the devil is the “biggest gossiper” who is seeking to divide the church with his lies.
/bloom.bg/2R3rRQR

Dead chicks, delayed prescriptions: Late mail leaves rural America disconnected; “For people out here, the Postal Service is absolutely a lifeline,” a West Virginia farmer said.
Phil McCausland – NBC News
When Jacob Gray opened the box of chicks he ordered, he saw that about 300 of them had been mashed to a pulp. The 100 or so birds that survived tread on their dead fellows and nibbled on what remained of them.
/nbcnews.to/3bBnkyn

*****As predicted. I am going to hand deliver my mail-in ballot.~JJL

Journalists Aren’t the Enemy of the People. But We’re Not Your Friends; President Trump will try to put the media on the ballot, and reporters face the increasing temptation to posture for those most eager to oust him.
Ben Smith – NY Times
The worst thing about being a reporter in the age of Donald Trump is, of course, the president’s concerted attacks on the free press. The second-worst thing is well-meaning readers who say things like, “Thank you for what you do.”
/nyti.ms/3haomTa

China Freezes Credentials for Journalists at U.S. Outlets, Hinting at Expulsions; CNN, The Wall Street Journal, Bloomberg News and Getty Images are affected. Chinese officials told journalists, who can still work, that their fate depends on what the United States does to Chinese media employees.
Edward Wong – NY Times
The Chinese government has stopped renewing press credentials for foreign journalists working for American news organizations in China and has implied it will proceed with expulsions if the Trump administration takes further action against Chinese media employees in the United States, according to six journalists and U.S. officials with knowledge of the events and statements on Monday by a Chinese Foreign Ministry spokesman. The actions and threats raise the stakes in the continuing cycles of retribution between Washington and Beijing over news media organizations. Those rounds of retaliation are a prominent element of a much broader downward spiral in U.S.-China relations, one that involves mutually hostile policies and actions over trade, technology, education, diplomatic missions, Taiwan and military presence in Asia.
/nyti.ms/3jZUqef

***** Journalists are the enemy of states that infringe on the freedoms all people are born with and should enjoy.~JJL

Friday’s Top Three
Our top story Friday was Balancing Challenges & Opportunities: Reflecting on Leading Through Crisis with WBC, a LinkedIn post by CME Group Chief Operating Officer Julie Holzrichter, highlighting a roundtable discussion of the Women Business Collaborative (WBC) on leading through a crisis. Second was Report: Trump disparaged US war dead as ‘losers,’ ‘suckers’ from the AP via Yahoo about the story first reported in The Atlantic. Third was Bloomberg Businessweek’s America in Crisis: A Closer Look at a Deeply Polarized Nation.