The Market’s Brexit Enthusiasm Is Exaggerated; Fear Gauge at 11-Week Low May Give Stocks the ‘All Clear’ 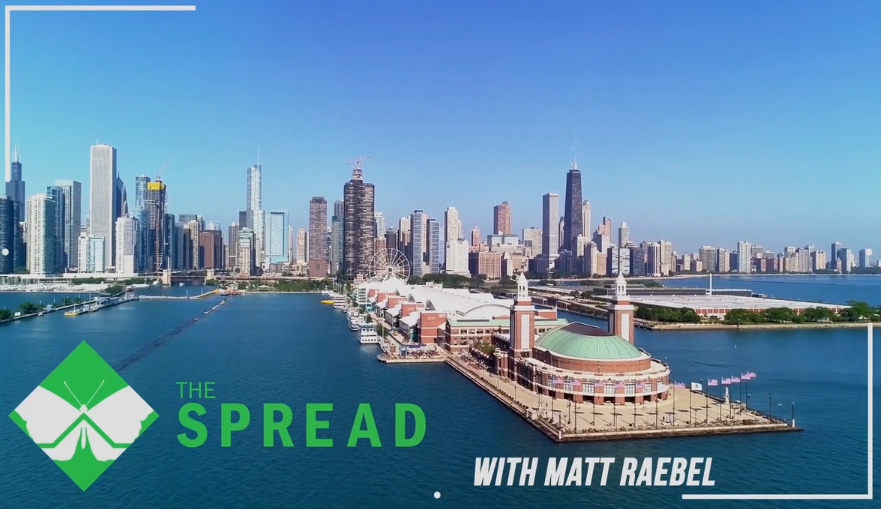 Cboe moves C1 to its Bats technology and moves its floor, MIAX wins patent case against Nasdaq twice, and options are big news in the cryptocurrency world.

The Market’s Brexit Enthusiasm Is Exaggerated
Jon Sindreu – The Wall Street Journal
Financial markets are jumping at any sign of a Brexit deal between the U.K. and the European Union. But the extent of the moves may exaggerate how optimistic investors actually are. On Tuesday, British and European officials were edging closer to a compromise agreement that could—if accepted by the British Parliament—bring to a close more than three years of uncertainty for investors and businesses.
/on.wsj.com/2OV5Ljt

Fear Gauge at 11-Week Low May Give Stocks the ‘All Clear’
Joanna Ossinger – Bloomberg
The drop in U.S. equity volatility to a three-month low is being taken as a positive sign for stocks by market watchers, rather than one of complacency. The Cboe Volatility Index slid a fifth straight day Tuesday to 13.54, the lowest since July 29. In the three times this year that Wall Street’s so-called fear gauge fell below 14 after spending a few weeks above it, shares rallied further twice, according to Sundial Capital Research Inc. founder Jason Goepfert.
/bloom.bg/35FtNVP

Pound Clings on to Gains in Face of Impasse Over Brexit Talks
Charlotte Ryan – Bloomberg
Pound traders are holding on to Brexit optimism as talks toward a divorce deal remain stuck over the contentious Irish border. Sterling touched a five-month high Wednesday after surging the most since 2008 in the past four days as an end to the Brexit saga appeared to be in sight. The currency swung between losses and gains as the Democratic Unionist Party denied reports it may support some of the latest proposals, an issue that has risked collapsing this week’s talks.
/bloom.bg/2MP7STg

Traders make bullish bets on Costco, but there could be downside risks brewing
Lizzy Gurdus – CNBC
Betting on Costco could cost you, according to one expert. The wholesale giant’s stock got a wave of bullish bets in Wednesday’s trading session as options traders put money on their positive outlook for the company’s earnings report, scheduled for after Thursday’s closing bell. Call option activity — bets that the stock would go higher in the near term — outpaced put option buying by double, indicating that more traders believed that Costco’s 5% implied move after earnings would be to the upside than to the downside.
/cnb.cx/2MkINkl

Talking Hedging, Concentrated Positions and Volatility at Texas Alts in Dallas
ORATS Blog
Matt Amberson, Principal at ORATS, Eric Metz of SpiderRock Advisors and Joe Burgoyne of the OIC had a lively discussion about options hedging, concentrated positions, challenges to implementing options and the volatility environment at the Texas Alternative Investment conference put on by Markets Media in Dallas yesterday.
bit.ly/33yOu3R

***The Options Industry Conference is being held at the Wyndham Rio Mar in Puerto Rico from April 22 to 24.~MR