The Mega-Macro Event That Upsets Everything Everywhere 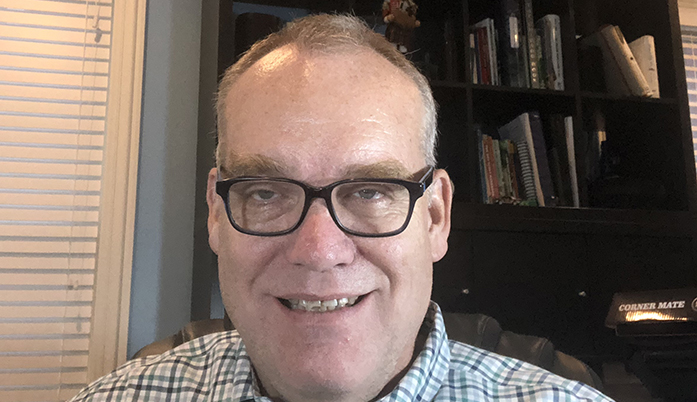 When Julie Ros of Profit & Loss announced the closing of the publication, she listed all of the macroeconomic events that P&L had overcome over the years, including 9/11 and the financial crisis. This one they were not able to overcome, and so Ros decided to close up. After a discussion with Ros late on Friday, I decided it was not a macroeconomic event that caused P&L’s closing, but a mega-macroeconomic event.

A macroeconomic event caused me to lose my first job after graduating from college; the Farm Crisis of 1984. There was another macro event in the futures industry that coincided with the Farm Crisis; the reorganization of the regulatory structure of the industry as the National Futures Association came online and implemented the new FCM/IB framework.

My first job was as a news reporter in 1984-85 for Commodity News Service (“CNS”), which was owned by Knight Ridder. CNS was one of two major wire services covering the markets at the Chicago Board of Trade, the other was Reuters.

The regulatory change had occurred because during the late 1970s and early 1980s, as bull markets raged in gold, silver and the grains, there was some serious bad behavior in brokerage wire service offices where the firms had no compliance people to police the brokers. The brokerage wirehouse firms were all being sued by customers, and it was the deep pockets of the firms the customers were dipping into, not those of the brokers at fault.

So when the new FCM/IB structure was being implemented, many wirehouses fired their brokers. Merrill Lynch went from 100 commodity offices to 2 or 3.

As a result, many CNS machines got pulled. And CNS responded by laying off several reporters all at the same time, including yours truly.

Meanwhile, the brokers across the country that were let go were forming new introducing brokerage or futures commission merchant firms and getting clearing deals with firms like Heinold Commodities, Geldermann, Stotler, Rosenthal, RJO and other traditional commodities and trading firms.

When I saw electronic trading start up in the futures and securities markets, I knew it was a macroeconomic trend and I had to get in front of that train because it was going to change the way traditional brokers and traders businesses worked.

When I saw the internet change the way people were getting information, another macroeconomic trend, I started a daily email newsletter to share industry information freely available on the net.  People were wearing devices on their hips to be able to access their email, so email was where their eyeballs were and where I wanted to be.

Also, there was an increased pace of change in the futures and securities markets as open outcry was moving to electronic trading, the epic macroeconomic event of my professional lifetime, and there was no publication that had a publishing cycle fast enough to keep up.

When the exchange trading floors were losing populations, there was intellectual capital draining from the floors. To replace access to this intellectual capital, I created an online encyclopedia available to the world that used the software from the popular Wikipedia site. Thus, MarketsWiki was born.

When Twitter emerged as a means of sharing news and people wanted information faster, I became a dedicated tweeter at all hours of the day.

When online video was starting to be a thing, I hired my nephew Patrick Lothian to be JLN’s head videographer so we could include video as a means of delivering information. It used to be you had to have $250K worth of equipment and a special room to shoot and edit video. Now for a couple of thousand dollars, or even less depending on what you want to do, you can add video content.

When the industry responded to the quality of video we were producing by asking us to produce video content for them, we put out a shingle for John Lothian Productions. We have produced everything from Cboe’s 40th anniversary video and RJO’s 100 year anniversary video to smaller projects for numerous organizations, including NFA, TT and ErisX.

When the financial crisis hit and the Dodd-Frank Act was going to change the regulations of the industry, we offered MarketsReformWiki to track and understand the changes.

When the crypto world emerged as something interesting to Wall Street, we decided to create a microwiki to help people understand it, while also giving the crypto world a place to advertise. We have not done so well with the latter. More on that shortly.

When the industry needed a new way to educate interns and other new workers about careers and opportunities in  the markets, we created the MarketsWiki Education World of Opportunity program. This also showed a better side of the markets to the interns and greater public through publishing videos of the events than you get from reading all the crime and scandals published daily in JLN.

As the traders who participated in open outcry were too often disappearing from this life, we created the Open Outcry Traders History Project to help capture their individual stories and histories. And when the next natural subject emerged, we created The Path to Electronic Trading series to capture industry history before those who made it disappeared.

We have again and again tried to meet the macroeconomic events with innovation, speed and by listening to the market and our customers.

Then the pandemic hit. Luckily for us, we have been working collaboratively apart since the start of MarketsWiki, when Jon Matte was in Portland, Oregon and I was in Chicago, Illinois. Then when Matte moved to Norway, he took over the newsletter search and compilation and the whole JLN team started to contribute to JLN daily over Google Docs.

We were prepared for the pandemic from an operational basis. We were lucky with the timing of the Zoom revolution to be able to shoot video remotely, rather than having to shoot it in our offices or at an industry conference.

We had also more recently been emphasizing audio in our news business, something that can be done in-person or over the phone. We had two podcast series running before the pandemic, one for crypto and another for cannabis, or botanicals as we refer to the space.

We were also lucky our business did not depend too much on the events business. We did have a couple of big years in events when the CME was our big sponsor for MarketsWiki Education, but that was still no more than 15% of our budget. Virtual events are possible, but less lucrative than in-person events.

More recently, the headwinds we face are tied to replacing the attrition of sponsors as they are bought by competitors. Most of our sponsors have held with us through the pandemic and we have even gained some new ones recently. But we lost some too because the pandemic impacted their business activity and/or expectations/fears it will continue to do so. The only thing certain it seems amid this pandemic is uncertainty.

But we have been lucky. I define luck as being where preparation meets opportunity.

I believe our mix of print, video and audio content continues to work during the pandemic. We can conduct interviews over the phone or video services like Zoom and produce print stories, podcasts or videos. We can hold events virtually and deliver up front that which was our end product for our events, video content.

Our staff is experienced, committed and working hard remotely. But they are also concerned because they know we are having some financial stress because of the pandemic.

I can only imagine the pressures on other firms where a significant percentage of their business is impacted by the pandemic and a pivot is not possible, or there is not enough time to make the pivot before resources run out.

One way we are trying to resolve  our financial stress is with our GoFundMe campaign. It is an unusual business technique, but I think one that fits with our business model that has been goodwill centric over the years.

But a mega-macro event impacts all aspects of business that necessitate rebalancing of pricing models. Just like FCMs increasing commissions when interest rates go to zero, JLN will be increasing subscription prices and sponsorships in 2020 to compensate for the change in market conditions.

But we are also going to enhance one of our major platforms, MarketsWiki, by transferring the unique content of CryptoMarketsWiki into MarketsWiki and discontinuing the CryptoMarketsWiki site. This will increase the traffic to MarketsWiki. It is also a vote of confidence for the crypto and digital asset community that it is increasingly part of mainstream finance.

The one asset that John J. Lothian & Company, Inc. has on its books in a great supply is “goodwill.” We have created an immense amount of goodwill over the years by sharing the newsletter, covering people, topics and issues others don’t and creating content readers and viewers want. I took the goodwill I had created before 2007 and used it to create MarketsWiki. We monetized the goodwill to create something great for the industry.

Today, we are now attempting to monetize our goodwill to help us make it through the pandemic, but also to continue our mission of capturing industry history. That mission can’t wait until the pandemic is over. Too many stories, histories and visions will be gone by then.

So today is the day you should consider making a donation to our JLN MarketsWiki Education GoFundMe campaign. You can do so as an individual, as many have done, or ask your firm to make a donation.

We need your help to overcome this mega-macroeconomic event and to make sure we can continue to deliver JLN with the high journalistic standards, integrity and fairness that you have come to depend upon from us.