The following is a commentary written in 2012 for the John Lothian Newsletter titled “The Richness of Giving.” It is produced here as podcast.

Last week, the last thing I did before taking off for Florida on vacation was to speak at the memorial service for my friend and Assistant Scoutmaster who had passed away in February.  I told the overflowing assembly of friends and family the story about how Bill Griswold was a rich man.

Bill was not rich like we often think of rich.  He did not have a big house, a fancy car or a large bank account.  Rather, Bill was rich because all he did was give and give of himself.  He gave his time and his talents generously to our troop, our scouting district and council.  Bill was a guy who could always be depended on to help out.

He must have been rich, because all he did was give and give.  I had written about Bill when I announced his passing to the troop that he had forgotten more about scouting and camping than I would ever know.  He had incredible knowledge about lots of things, big and small.  And he was always willing to share his knowledge, whether helping boys in the trail to the First Class rank or as a Merit Badge Counselor for any number of badges.

I am blessed to know other people from this industry who are rich like Bill. One of them is Jim Johanik, who gave up a career in this business to go full time into Christian ministry.  Jim took the leap of faith that other faith-filled people would support him and his family as he dedicated his life to his One Way Ministries.  Jim has a faith and courage I could only hope to find.

I am blessed to know so many readers who give of their time, talent and treasure to support so many important charities.  Last year I had the honor of being asked by the FT’s Jeremy Grant to wear a kilt to the IDX gala dinner in order to raise money for Futures for Kids.  This year, Simon Rostron, a towering figure in London public relations in the financial services industry, will take up the kilt challenge; I hope Simon will beat my record of 2500 BP.

Robin Ross recently left the employment of the CME Group.  What did she do with her time while on garden leave?  She went to Africa and did volunteer work there.  There is a richness to giving.

Here is her elevator speech about her experience:

I spent 3 1/2 weeks in Ghana volunteering with Women in Progress, an NGO that helps women achieve economic independence and alleviate poverty at a grassroots level by helping them create sustainable businesses. WIP operates in several locations in Ghana and produces traditional batik print clothing, household goods, jewelry and shea butter products which they sell to fair trade stores around the world under the brand Global Mamas. The organization was started in 2003 by two American women that served in the Peace Corps in Ghana and saw the opportunity to help women raise their standard of living through fair trade. My primary assignment was to help gather information and summarize data for the 2011 Annual Report, and during my stay I had the pleasure of interviewing over 40 of the seamstresses and batikers that work as contractors for Global Mamas in Cape Coast. The women were truly inspiring! Most are mothers who use their income to send their children to private schools, and in many cases are also sending brothers and sisters to university, as well as employing many others on a full and part time basis. In addition to interviewing and collating data, I also helped staff develop strategies on capital raising campaigns for expansion into new locations.

There are so many great stories from this newsletter.

Many responded to the famous pie-throwing scout popcorn fundraiser that helped my then 11 year old son Tim donate $2000 to help needy young people in a Soccer in Scouting program.

After reading about a boy in need of a lot of help, a hedge fund with a broker-dealer arm gave one-day’s commissions to help the young boy pay for his portion of a research project to find a cure for his rare and incurable disease.  The total reached over $300K.  There is a backstory I can’t share here that makes the story even that more incredible.

Numerous people have walked, rode and worked for charity, and the readership of this newsletter has responded generously.

Next week, the London Stock Exchange will have its first ever charity day.  I did not know this when I first wrote this commentary.  Thank you to them, their customers and stakeholders.  Thank you to all the firms who give one day’s commissions to charity.

There is a richness in giving.  My friend and Assistant Scoutmaster Bill Griswold was a great example of a rich man.

It is said that when our days in this world are over, we will be remembered for what we gave, not what we had.

First Read $51,906/$300,000 (17.3%) ++++ Hits & Takes John Lothian & JLN Staff The World of Opportunity was all about opportunity yesterday as Small Exchange CEO Donnie Roberts and Get Real's Ed Haravon spoke to a virtual audience at the MarketsWiki Education... 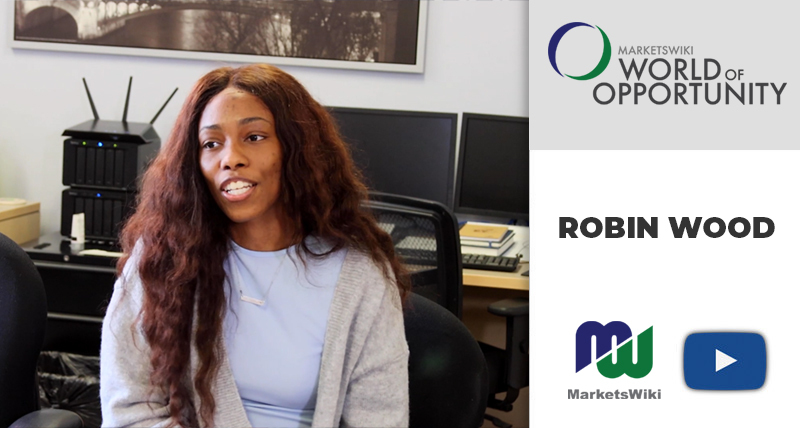 Robin Wood found the Greenwood Project via a group chat while a student at the University of Illinois and that connection led to an internship and full-time position with the National Futures Association. Wood was interviewed by NFA communications specialist Joseph McCarthy in the offices of John Lothian News for the MarketsWiki Education World of Opportunity video series. She talks about the Greenwood Project and her experiences at NFA, including joining the futures regulator during a pandemic. 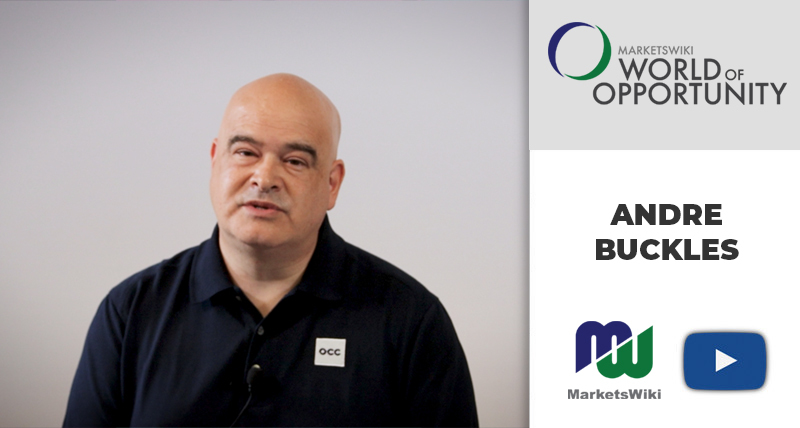 Andre Buckles is the executive director of talent recruitment at the OCC. He spoke to John Lothian News for the MarketsWiki Education World of Opportunity video series about the work from home environment and how to make it work. He offered insights as an engaged worker in a remote working world. He spoke about six different ways to be engaged in a virtual environment.