Welcome to The Spread, brought to you by the Options Clearing Corporation. I’m Matt Raebel. Surprised that there’s no video portion of this episode? Well, we figured we’d try something a little different this week. Speaking of surprises – it’s officially October, which means it’s the start of the Fear Month. Lately the upcoming U.S. elections this November have everyone biting their nails even more than the coronavirus, and if you watched the same debate that I did Tuesday night, I wouldn’t blame you. Analysts are still betting on greater than average volatility – even for an election year – around the U.S. elections this November, and options to hedge around the election are getting to be more expensive than a new pair of Yeezys…and it certainly doesn’t help that the Commander in Chief tested positive for coronavirus, which was announced Friday and caused a dip in indices across the stock market. The CME had a big scare this week as a positive COVID-19 case was reported by someone who had been in the eurodollar options pit in Chicago as recently as that previous Friday. The CME issued a memorandum that said the pit had been disinfected twice and would remain open – personally, it’d take more than a thick layer of Lysol and a prohibition on fist-bumps to get me back in there. A lot of people at JPMorgan Chase are probably having a rough week as well. The financial services giant agreed to pay the U.S. government 920 million dollars in fines and disgorgement charges over a major spoofing case, which is one of the biggest bills ever to be laid at the feet of anyone in U.S. history – I mean, I’ve never had a meal at Alinea, so maybe I’m way off. JLN Editor Thom Thompson covered the story, which you can read on our site, John Lothian News dot com. MIAX PEARL, which is the first equities exchange under the MIAX umbrella, completed its first day of trading this week. Tom Gallagher, CEO and chairman of MIAX’s holding company, Miami International Holdings, said the exchange ran cleanly with no functional or operational issues. The National Bureau of Economic Research published a report this week giving their take on the types of portfolio the average Robinhood user keeps. Far from the drastic do-or-die attitude espoused by certain trading communities on Reddit (to use a completely random example), the report found the average portfolio of users on the platform, who tend to be younger traders of the millennial and Gen Z persuasion, have most of their stakes in large, highly liquid firms. Turns out, we’re just as boring as everyone else. The Tokyo Stock Exchange had a bit of a meltdown this week, halting the entire trading day for the first time since 1999. The exchange said there was no sign that it was due to a cyberattack, and apologized to market participants for the inconvenience, vowing that trading would resume as normal Friday and that a full report would follow. Now that’s what I call class. And finally, our sponsors at the OCC today announced that in addition to once again breaking their previous records with their September 2020 volumes, they’ve officially broken the annual cleared contract volume record of 5.24 billion contracts cleared, by clearing over 5.45 billion contracts as of last month. Congratulations to the OCC, and keep up the great work. We’ve got new content on JLN dot com, including new podcasts by me and JLN Editor Suzanne Cosgrove, as well as a new video from John. Be sure to check them out, and we’ll catch you next week on The Spread. Until then, happy trading.

Trump’s Positive Covid Test Is Another Reason for Investors to Look Away
Jon Sindreu – WSJ
https://jlne.ws/34mKHZx 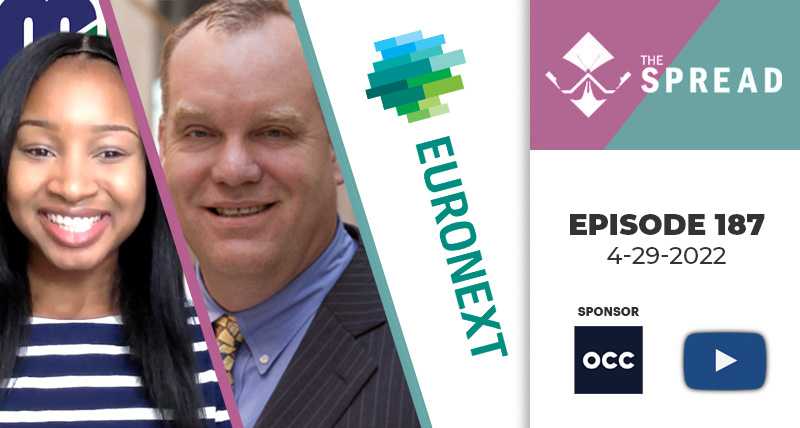