For whatever reason, working in tech and a love of table tennis go hand in glove.

That dynamic was on full display Wednesday night at SPiN Chicago during the fourth annual T4Youth Table Tennis Tech Tournament. More than 400 people from Chicago’s trading and tech community gathered for a night of fun competition all benefiting the Chicago Tech Academy (ChiTech), a charter school in Chicago focused on STEM education for minority and low-income students.

The event, co-founded by Objective Paradigm, 3Points Communications and SPR, raised more than $100,000 for the second year in a row. There were 51 teams from 46 firms, including the likes of IMC, Geneva Trading, Trading Technologies, the Chicago Stock Exchange and DRW.

The event’s visionary, Objective Paradigm’s Ryan Pollock, said the key driver of the event’s success is being able to balance a good time of food and drinks with serious competition. SPiN staff mentioned to him that while the venue has hosted events of similar size, they have never seen as talented a group of participants. DRW was an example of the intensity and entered four teams this year.

“As we come up to the tournament this week, you will regularly see people practicing on the tables intently with others watching, commenting and coaching each other. You hear people talking about who’s the strongest on the team and who’s going to pair with who,” Seth Thomson, DRW’s CIO, said. “I’ve seen people watching videos of previous competitions, commenting on style and the way they hold their arms. It’s pretty serious.”

The competition is serious but so is the cause. ChiTech’s CEO Lance Russell said the proceeds of the event are what allows the charter school to really deliver on it’s project-based learning goals as its funds from the city and state aren’t enough.

A team from Blue Cross Blue Shield won this year’s tourney and there has not yet been a repeat winner. So while past performance is not indicative of future results, it appears that next year’s ping pong playing field is wide open. 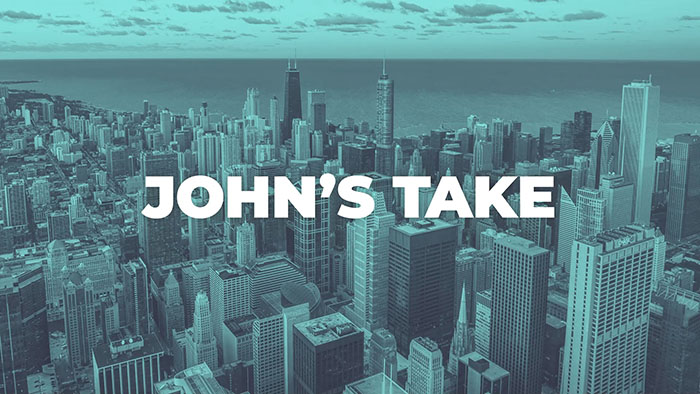 This week comedian and TV star Jon Stewart shined a big bright light on the subject of payment for order flow in equities trading on an episode of his show, The Problem with Jon Stewart. While his take is always entertaining and sometimes impactful, I wanted to share with you another source that has also looked at the subject.

Hitesh Mittal and Kathryn Berkow of BestEx Research released a paper last year titled “The Good, The Bad & The Ugly of Payment for Order Flow” that looked at the impact of the practice on institutional investors.