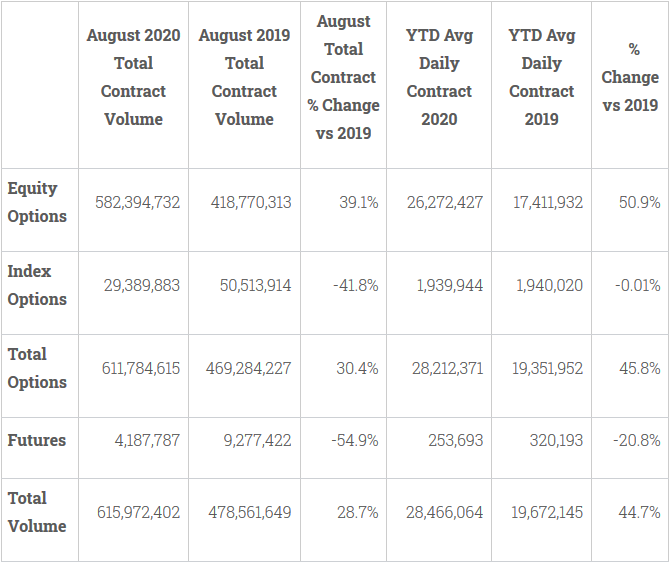 U.S. Election Priced as Worst Event Risk in VIX Futures History
Michael P. Regan – Bloomberg
Elevated October futures show hedging for November volatility; Trades set for ‘pretty incredible fireworks:’ strategist Crise
As the U.S. stock market continues to rally to record highs, the attention of many investors is turning toward November’s elections as a source of risk. However, hedging against that potential volatility doesn’t come cheap. In fact, it’s currently the most-expensive event risk on record based on a common way to bet on volatility known as a “butterfly trade.” Futures tied to the Cboe Volatility Index expiring in late October closed on Tuesday at 33.5, compared with a spot VIX that closed at 26.1. Those October contracts, which are currently the second-month futures and reflect expected volatility in the month after they expire on Oct. 21, are also higher than the first-month futures expiring in September and the third month expiring in November.
/jlne.ws/3i3UwRu

Investors brace for choppy markets as race for White House heats up; Derivatives linked to volatility index reflect nerves over fraught presidential election
Robin Wigglesworth – FT
Traders are ratcheting up bets on a particularly turbulent US presidential election on November 3, and a potentially messy aftermath. Futures contracts on the Vix volatility index — which uses options to derive an estimate of the future choppiness of the S&P 500 stocks benchmark — show what some traders call a “kink” around October and November, in a pick-up that exceeds previous contests for the White House.
/jlne.ws/3lHp3XF

Tech Traders Say Options Hedging Is Firing Up Rally in Nasdaq
Yakob Peterseil, Katherine Greifeld and Jan-Patrick Barnert – Bloomberg
Wrinkles in the relationship between stock and options markets have a few Wall Street sleuths claiming to have unearthed clues to the storm raging in technology shares over the last few weeks.
They point to recent days when implied volatility on the S&P 500 and Nasdaq 100 rose even as equities rallied — a rare alignment that is out of step with historical patterns. One theory is that an explosion in demand for call options to bet on megacap tech is feeding into gains in the stocks as dealers hedge.
/jlne.ws/31RGxc7

‘High valuations will become a speed limit’: A Goldman Sachs portfolio strategist warns the stock market’s record-setting August is setting traders up for disappointment
Emily Graffeo – Markets Insider
Christian Mueller-Glissmann, a portfolio strategist at Goldman Sachs, told CNBC on Wednesday that markets have been boosted to high valuations with the help of policy support. But he warned that those lofty prices make stocks more vulnerable, and will act as a “speed limit” in the future.
“This is what always happens after a bear market. You get an initial very sharp recovery, and then you get a period where the market actually sees what type of earnings growth you’re really getting,” Mueller-Glissmann said.
/jlne.ws/2GkcUrr

A Wall Street chief strategist just withdrew his S&P 500 price target, citing ‘unprecedented’ Fed actions that have rendered valuations ‘useless’
Matthew Fox – Markets Insider
For one market strategist, the recent overhaul to the Fed’s monetary policy framework is “unprecedented” and renders valuation targets “useless.”
That’s according to Tony Dwyer, the chief market strategist of Canaccord Genuity, who spelled out in a note on Monday why he is withdrawing his S&P 500 12-month price target.
/jlne.ws/2QPnDMs

Open Positions in Deribit’s Ether Options Hit Record High Above $500M
Omkar Godbole – CoinDesk
Ether option contracts listed on Deribit, the largest crypto options exchange, are more popular than ever. This is possibly due to yield farming, the act of putting crypto holdings to work on decentralized applications to earn more crypto. Options open interest, or contracts traded but not liquidated by an offsetting trade, rose to a record high of $507 million on Deribit on Tuesday, surpassing the previous record high of $438 million reached on Aug. 20, according to data source Skew.
/jlne.ws/3jRaNdp 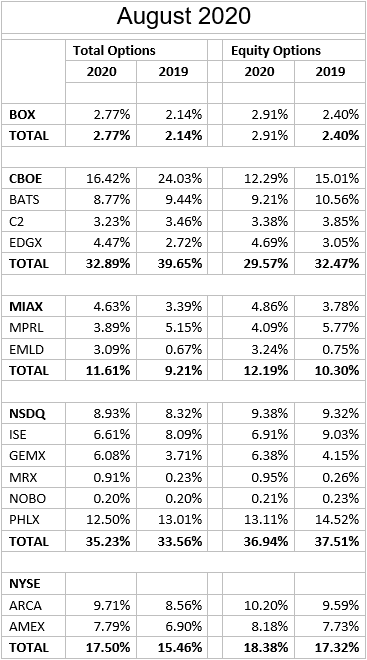 CFTC provides additional Libor transition relief to swaps participants; The latest no-action letters issues by the CFTC follow the regulator’s move to provide market participants relief in December.
Annabel Smith – The Trade
Swaps dealers have been handed additional relief by the US derivatives watchdog amid the transition from the Libor and other interbank reference rates to alternative benchmarks. The US Commodity Futures Trading Commission (CFTC) issued several revised ‘no-action letters’ outlining the conditions under which counterparties can qualify for additional relief for certain trade execution and clearing requirements, as well as swap dealer and uncleared margin requirements.
/jlne.ws/34WaRnD

Angst Over Year-End Funding Pinch Fuels Options: Liquidity Watch
Emily Barrett and Edward Bolingbroke – Bloomberg
Trepidation about a year-end U.S. funding squeeze is emerging in eurodollar markets.
Positions to hedge against a higher rate for three-month dollar Libor, the benchmark U.S. bank lending rate, have been building for the past three sessions. The bets are reflected in rising activity in December 2020 Eurodollar puts, pushing daily trading volumes almost 30% above the 20-day average, according to open interest data from the CME Group.
/jlne.ws/3biszDd

The ABCs Of Option Trading & A Couple Simple Trading Tips
Daniel Laboe – Nasdaq
The world of investing & trading has been flipped on its head, and the rise of the pandemic trader has brought with it an idea that could be very dangerous. This predication that “stocks only go up” could get those freshman option traders out there in a lot of trouble. When the stock market loses its sentiment-driven high, there could be a sizable correction in the tech sector (and broader market).
I don’t want any of you taking an outsized risk on out-of-the-money (OTM) option trades and losing it all…at least not without understanding some of the basics of an option. I’m going to go through some of the ABCs of options trading, including the Greeks and different technical strategies.
/jlne.ws/3hV7roV

Investors Love Stocks, but Hate Stock Funds. What That Says About This Market.
Evie Liu – Barron’s
Investors are finally putting their cash to use, and it’s probably one of the reasons for the recent rally in stocks. But how that money is driving the market might seem a little less conventional.
Investors were sitting on a record amount of cash earlier this year, with assets in money-market funds—a popular parking place for unused cash—reaching new highs. The flight to safety has since pulled back. Since the end of May, institutional investors have sold 6% of their assets in money funds, according to data from the Federal Reserve. Retail investors followed suit, also reducing their assets in money funds by 4%.
/jlne.ws/3bfn9c5