What a January for the U.S. – the government shutdown, the polar vortex, and the Consolidated Audit Trail?! What’s next?

****SD: What do they say about fans and feces? Akuna is far from the only outfit that got slapped with a fine at the end of last week courtesy of Cboe, though Akuna’s penalty (PDF of the disciplinary notice) is the largest of the lot. However, the disgorgement portion of the $1.275m fine is a mere $6,726. (CFO Magazine has an unpaywalled piece on the Akuna fine.)

Other firms to come under fire last week:

– Lek Securities was fined $225k for a variety of reporting and bookkeeping infractions.
– UBS Securities was dinged for $135k for VIX SOQ order infractions.
– Sumo Capital was fined $20k due to certain employees failure to meet continuing education requirements.
– Citigroup Derivatives Markets was slapped with an $85k fine for “fail to deliver position” infractions.
– Susquehanna Securities is out $25k for position limit infractions and out an additional $50k for breaking a rule regarding the manner in which trading permit holders transfer positions, while Susquehanna Investment Group was hit with a $25k fine for a similar reason.
– MNR Executions, LLC, Ronald Myers and Andrew Clouthier were fined $100k for failing to properly represent customer orders to the SPX trading crowd.
-Lakeshore Securities, L.P., Joseph Williams, Salvatore LoBianco and Mark Burzxcki were fined $60k for reasons similar to those described in the above MNR filing.
– Cardinal Capital Management was fined $5k for failing to grant priority to the highest bid/lowest offer when available.

The ETF’s Wonky Cousin Can Trip Up a Sophisticated Investor
Rachel Evans and Carolina Wilson – Bloomberg (SUBSCRIPTION)
Nick Cherney was still on the slopes when he realized something was wrong. The outdoor enthusiast, who runs exchange-traded products at Janus Henderson Investors, was just skiing back into Aspen after spending eight hours on some of Colorado’s toughest backcountry terrain. He’d been without a cell signal all day and, as he looked at his phone, he started to fear this was no ordinary Monday.
Almost 2,000 miles away in New York, traders were in an uproar. It was Feb. 5, 2018, and stocks had tumbled more in a single day than they had in six and a half years. The Cboe Volatility Index, or VIX, had spiked 116 percent—its biggest jump ever.
/jlne.ws/2GoAIbU

****SD: This is a well-done, comprehensive history of the ETN sourced from some of the early innovators in the space. The story mentions that SVXY (an inverse VIX ETF) survived the February vol blow up courtesy of its structure, while XIV (an inverse VIX ETN) did not. However, as you’ll see from the press release in our “Regulation” section, ProShares (SVXY’s issuer) is now facing class action suits from an array of firms representing investors who suffered large losses in the aforementioned vol tumult. I’ve been seeing a SVXY-related lawsuit press release about every day for the last week. Moral of the story – read the dang prospectus. The WSj has a story about ETP structures, too – Beware of ETF Reverse Splits.

Vix slides to four-month low as dovish Fed soothes fear gauge
Peter Wells – Financial Times (SUBSCRIPTION)
Volatility in the US equity market has retreated to its lowest level since early October as a pledge from the Federal Reserve to be patient with potential future interest rate rises and flexible with its balance sheet policy have soothed markets.
/jlne.ws/2D8PdNw

Forget fear and greed. Confusion is now markets’ watchword
Robin Wigglesworth – Financial Times (SUBSCRIPTION)
Markets tend to veer between two extremes: fear and greed. But right now, the dominant emotion appears to be confusion.
This may seem strange. After all, global equities have just notched up their best month in more than three years, as the panic that gripped investors in December has dissipated. The bond market has also clawed back most of the losses it suffered last year, helped by the US Federal Reserve’s abrupt decision to pause interest rate increases and willingness to re-examine how quickly it will sell its bond holdings.
/jlne.ws/2D2QUvO

Oil Has Short-Sellers on the Run, Helping Fuel New Year’s Rally
Alex Nussbaum – Bloomberg (SUBSCRIPTION)
Oil’s rally is driving doubters out of the market, with hedge funds abandoning more than half of their short-selling bets in just four weeks.
With Brent crude enjoying its best month in almost three years, money managers slashed bearish bets on the global benchmark price by another 27 percent in the week ended Jan. 29, data showed Friday. The flight of the pessimists continued to be a dominant factor in oil’s rebound, with bets on a price increase rising by only 4.5 percent.
/jlne.ws/2GnABgr

Pound Traders Are Underplaying the Potential Chaos From Brexit
John Ainger and Charlotte Ryan – Bloomberg via Yahoo
Time is fast running out on Brexit and there’s still no solution in sight — yet, pound options traders are remarkably sanguine.
Bets on sterling swings have fallen to an almost three-month low even after U.K. lawmakers rejected Theresa May’s withdrawal plan and told her to renegotiate it with the European Union, which has warned it won’t budge. Given the risk of the whole deal collapsing, investors may reconsider positions that have driven volatility lower, according to SEB AB.
/jlne.ws/2D6t7eG

Brexit Agreement Reached to Bolster London Derivatives Clearing
Silla Brush and Alexander Weber – Bloomberg (SUBSCRIPTION)
The Bank of England and European Union regulators agreed to cooperate on oversight of clearinghouses, in the latest move by authorities to prevent problems stemming from a no-deal Brexit scenario.
/jlne.ws/2GlJlnn

SR-CBOE-2019-009 – Proposal to amend its fee schedule.
Cboe
The Exchange proposes to make a number of changes to its Fees Schedule, effective February 1, 2019.
/goo.gl/mqP3kD

****SD: The altered fees cover a variety of instruments, incentive programs and even things like the cost for access badges and coat room service. It’s a 44 page filing.

Prop traders sound warning over EU capital regime
Philip Alexander – Risk.net (SUBSCRIPTION)
In September last year, officials from Nasdaq were scrambling to contain the damage of a poorly timed bet by a power trader from Norway. Today, non-bank market-makers are sweating over proposed rules that could transform their capital requirements.
/jlne.ws/2DcV8RB

Hagens Berman Alerts SVXY Investors to April 1, 2019 Lead Plaintiff Deadline and Encourages Investors With Losses of $1 Million or More to Contact the Firm
GlobeNewswire
Hagens Berman Sobol Shapiro LLP alerts investors in ProShares Short VIX Short-Term Futures ETF (“the Fund” or “SVXY”) of the April 1, 2019 Lead Plaintiff deadline in the securities class action pending in the United States District Court for the Southern District of New York. If you purchased or otherwise acquired SVXY securities between May 12, 2017 and February 5, 2018 (the “class period”) and suffered $1,000,000 or more in losses contact Hagens Berman Sobol Shapiro LLP. For more information visit:
/jlne.ws/2DSaWuJ

Marex Spectron completes RCG acquisition
Marex Spectron
Marex Spectron, one of the world’s largest commodities brokers, today announced that it has completed the acquisition of the customer business of Rosenthal Collins Group LLC (RCG), a leading independent Futures Commission Merchant (FCM). Through the acquisition, which was announced on 20 December 2018, Marex Spectron maintains the RCG name and brand, 14,000 client accounts and balances, 150 associated staff and the Chicago headquarters.
/jlne.ws/2GnquIL

The $360 Billion Waiting on an Australian Inquiry
Livia Yap – Bloomberg (SUBSCRIPTION)
Australian investors just got the final piece of a 13-month inquiry into the rampant misconduct at the nation’s biggest banks and financial firms that could set the tone for the country’s stocks this week…
In fact, options traders have been preparing for an increase in stock swings at the nation’s lenders. Implied volatility for Commonwealth Bank of Australia (which is also scheduled to release earnings this week), National Australia Bank Ltd. and Australia & New Zealand Banking Group Ltd. has increased to its highest level since at least April against their actual stock moves. For Westpac Banking Corp., the spread between implied and realized volatility is at one of its highest readings over the past year.
/jlne.ws/2GlzJZY 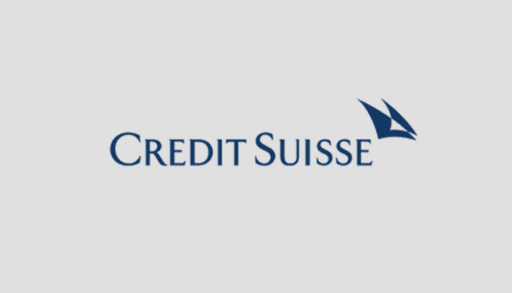