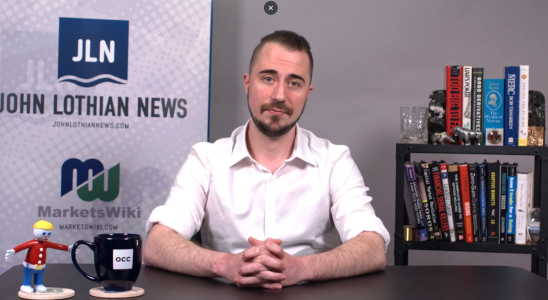 This week on The Spread – FIA Boca and OIC canceled due to coronavirus concerns, and record-smashing options trading and clearing volumes crash Robinhood, but not the OCC.

VIX Spikes to Highest Since 2008 in Manic Monday Trading
Yakob Peterseil – Bloomberg
The Cboe Volatility Index surged to the highest since 2008 on Monday as a plunge in oil prices frazzled traders already on edge over the coronavirus.
The VIX, which measures the 30-day implied volatility of the S&P 500 based on out-of-the-money options prices, jumped as high as 62, its highest level since December 2008 on an intraday basis.
/bloom.bg/2W00mev

Global Stocks Plunge With Crude Oil in Free Fall: Markets Wrap
Claire Ballentine – Bloomberg
U.S. stocks plunged about 5%, whipsawing back from losses that topped 7% and triggered a trading halt, as a full-blown oil price war rattled financial markets already on edge over the spreading coronavirus. Treasury yields plummeted, crude sank more than 30% and credit markets buckled.
The S&P 500 is now down about 18% from its Feb. 19 all-time high, threatening to end the record-long bull market that began 11 years ago to the day. NYSE circuit breakers halted trading for 15 minutes at 9:34 a.m. in New York, in a move designed to limit panic. The next circuit breaker will trip if losses reach 13%.
/bloom.bg/2xrcivX

Traders Are Wagering the VIX Hits Triple Digits on Tuesday
Luke Kawa – Bloomberg
Tail risk is catching a bid during this market meltdown, with the potential for volatility to ascend to heights never seen before.
/bloom.bg/2v3nQ7w

Cboe Delists Bearish Treasury ETN Amid Haven Demand Explosion
Katherine Greifeld – Bloomberg
To put it mildly, betting against the Treasury market has been a painful trade for the last two months. Now, securities offering quick entry into such positions via the stock market are facing an existential crisis.
The $451 million ProShares UltraShort 20+ Year Treasury fund, or TBT, plunged to the lowest since it was launched during the global financial crisis, before trading was halted. Meanwhile, the Chicago Board Options Exchange delisted the iPath US Treasury Long Bond Bear exchange-traded note, DLBS, Barclays Plc said in a statement. The $931,000 ETN closed below $3 on Feb. 28.
/bloom.bg/2TRDviQ

The stock bull market finds itself in crisis mode as it turns 11 years old. Here are the 4 reasons why it’s lasted so long — and why the end could be near.
Carmen Reinicke – Markets Insider
March 9, 2020, marks the 11th anniversary of the longest running stock bull-market in history.
Stocks have been climbing higher since the post-financial crisis low on March 9, 2009. The bull market in equities officially became the longest-ever in August 2018, and has continued to gain since. A bull market is defined as a 20% increase on a closing basis that is never interrupted by a subsequent 20% decline.
bit.ly/2PWAIne

Robinhood Users Vent on Twitter After New Outage Reported
Nathan Crooks – Bloomberg
Users of Robinhood app took to social media on Monday to complain of a new outage as the Dow Jones Industrial Average fell as much as 7.9% because of fresh coronavirus concerns. While some users said they were unable to sell, others expressed frustration that they were unable to buy the dip.
The company last week offered its gold clients three free months of service after unprecedented volume and market volatility caused its system to crash.
/bloom.bg/2xgJ6Ya

****JB: I have seen many recent Twitter posts of people complaining that they have gotten creamed on options they are holding because they cannot trade.

Outsmarting counterparty risk with smart contracts
Mauro Cesa – Risk.net
What if over-the-counter derivatives could be traded without any counterparty risk? Post-crisis rules aimed at mitigating counterparty risk require them to be centrally cleared or bilaterally margined using regulator-approved models. But there may be a simpler solution – using smart contracts and distributed ledger technology. “We thought, can we redesign a derivative from the beginning, such that all those fixes are not needed?” says Christian Fries, head of model development at DZ Bank. “We did not try to replicate a classical derivative, but something that has the same cashflows, the same economics, but without all the complexity,” he explains.
bit.ly/2TRJkgc

OCC Names Two New Members to Board of Directors
OCC (press release)
OCC, the world’s largest equity derivatives clearing organization, today announced two new members to its Board of Directors. Kevin Kennedy, Senior Vice President and Head of Product Management for North American Market Services at Nasdaq, has joined OCC’s board of directors. He replaces Tom Wittman, Executive Vice President, Head of Global Trading and Market Services for Nasdaq, who resigned from OCC’s board of directors on December 30, 2019.
bit.ly/2vaEjHe

A Nasdaq ‘Covered Call’ ETF Grows
Simon Constable – WSJ
An exchange-traded fund that uses an options strategy to generate income has recently had a surge of investor interest.
In a little over a year, assets under management for Global X Nasdaq 100 Covered Call ETF (QYLD) have jumped to $990.6 million from $388 million at the beginning of 2019.
/on.wsj.com/339UWzh

US economy is dangerously dependent on Wall Street whims
Rana Foroohar – Financial Times (opinion)
Watching the markets these days is like watching the seven stages of grief — shock, denial, anger, bargaining, depression, testing and, finally, acceptance. We clearly have not reached that last stage yet. This isn’t really about coronavirus — that was simply a trigger for a correction I have long expected. The US is in the longest economic recovery cycle on record, with mounds of global debt, falling credit quality, and decades of low interest rates driving asset prices to unsustainable levels.
/on.ft.com/2TDkwtn