Among the highlights of the FIA’s August 2022 volumes are: Worldwide volume of exchange-traded derivatives reached 7.30 billion contracts in the month of August, the highest monthly total ever recorded. The August total was up 11.2% from July 2022 and up 38.1% from August 2021. The FIA said the main driver of the record trading volumes was options rather than futures. Global trading of options reached 4.71 billion contracts in August, up by more than 62% from 2021, with most of that trading happening in the Asia-Pacific region. Global trading of futures reached 2.59 billion contracts, up 8.4% from last year. FIA members and non-member subscribers can find more information here. ~SR 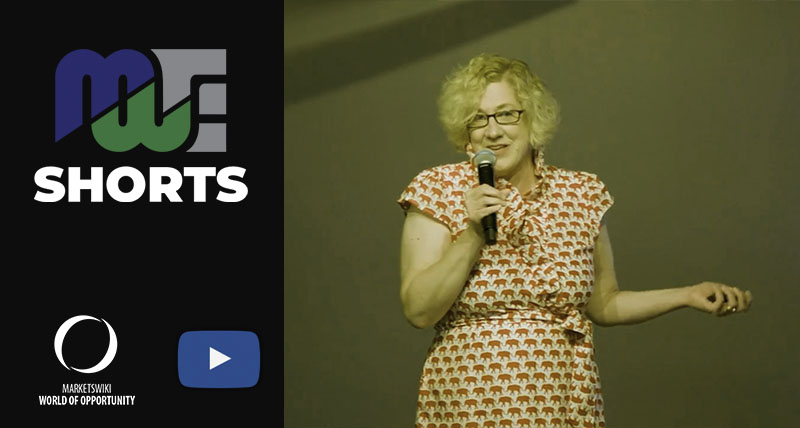 MWE SHORT: Leslie Sutphen – How I Discovered My WILD Side
JohnLothianNews.com

In this video from MarketsWiki Education’s World of Opportunity event in Chicago, Leslie Sutphen, co-founder of Women in Listed Derivatives (WILD), talks about starting her career when there were very few women working in the futures and options industry. After looking around room after room during her career and seeing the same gender disparity, Sutphen decided to create WILD. WILD’s mission is to help women in the financial industry through mentorship and networking.

Volatility Futures Signal Fear Around Latest Fed Meeting
Eric Wallerstein – WSJ
In the run-up to, and aftermath of, the Federal Reserve’s decision to raise interest rates by 0.75 percentage points on Wednesday, investors scurried for near-term protection from a market selloff.
That demand sparked an atypical relationship in Wall Street’s so-called fear gauge, with higher expectations for volatility in the next couple months than for further out. Investors typically assume volatility will be higher long-term because of the increased uncertainty.
/jlne.ws/3BWZefp

The Fed Signals More Pain. Volatility Is Sticking Around Too.
Callum Keown – Barron’s
The market landscape post-Fed day is anything but tranquil.
The Federal Reserve’s 75 basis point hike was largely expected but it was Chairman Jerome Powell’s steadfast hawkishness in the battle against inflation that upset stock markets.
“We will keep at it until the job is done,” Powell said. “I wish there were a painless way to do that. There isn’t.”
/jlne.ws/3LAJYck

The Big Take: What’s Driving the Looming Copper Shortage
Timothy Annett – Bloomberg
The price of copper — used in everything from computer chips and toasters to power systems and air conditioners — has fallen by nearly a third since March. Driving the drop is fear that a global recession could slow demand.
However, the slide in prices is masking the potential that this most crucial metal could soon be hard to find. Inventories tracked by trading exchanges are near historical lows. Price volatility means new mine output — already projected to start slowing in 2024 — could become even tighter in the years ahead. And some big producers say the current low prices are insufficient for them to put money behind new projects.
/jlne.ws/3DKayxE

EU casts doubt on ability to intervene in energy derivatives markets
Philip Stafford, Alice Hancock and Sam Fleming – Financial Times
European authorities have played down their ability to intervene in the region’s derivatives markets to help stretched energy companies after privately admitting energy price volatility was not due to the “market malfunctioning”.
The European Commission said that stress in markets like electricity futures “seems to reflect acute uncertainty on market fundamentals” like supply and demand, according to a presentation to diplomats on Wednesday that was seen by the Financial Times.
/jlne.ws/3LAJ6Ew

Once-bitten markets are ignoring Putin’s warnings again at their own peril
Dhara Ranasinghe and John O’Donnell – Reuters
Earlier this year, markets were complacent as Russia massed troops on the Ukraine border. Now, they’re once again largely shrugging off Vladimir Putin’s signal that he could be prepared to use nuclear weapons. World shares weathered an early knock to risk appetite on Wednesday after Putin mobilised more troops for Ukraine and threatened to use all of Russia’s arsenal against what he called the West’s “nuclear blackmail” over the war there.
/jlne.ws/3fa8FAn

EU watchdog proposes emergency brake on energy markets
Huw Jones – Reuters
A temporary brake on gas and electricity derivatives when prices spike could improve the overall functioning of the energy market, the European Union’s securities watchdog proposed on Thursday.
The European Securities and Markets Authority (ESMA) said the number of trading halts in energy derivatives has been very low in recent weeks despite rules on circuit breakers already in place and prices’ racing higher following Russia’s invasion of Ukraine in February.
/jlne.ws/3qZLTO5

Enhancing the level playing field: Eurex adds EURO STOXX 50 Options to PLP; On 10 October 2022, Eurex will activate Passive Liquidity Protection (PLP) in the EURO STOXX 50 Index Options (OESX). This is the next logical step towards our goal of balancing the interests of all trading participants and improving market quality and efficiency.
Eurex
Improvement of liquidity and pricing process in the order book; Passive Liquidity Protection has been found to be particularly effective for products where price discovery is dominated by underlying or exogenous markets, i.e. markets where latency arbitrage significantly affects liquidity. This is especially true in options markets, where latency arbitrageurs can exploit price effects of underlying or correlated instruments on the options. Of course, index products, where price signals can come from multiple constituents, are similarly influenced by external signals as single stock options.
/jlne.ws/3S5LGVC

SEC Set to Let Wall Street Keep Payment-for-Order-Flow Deals
Lydia Beyoud and Katherine Doherty – Bloomberg
The US Securities and Exchange Commission will stop short of banning payment for order flow, a controversial way to process retail stock trades, as it proposes new rules for the $48 trillion American equities market.
The decision, described by people familiar with the matter, follows months of internal deliberations at the agency. It marks a win for brokerages that get paid for processing rights, although the SEC may still enact other changes that make the practice less profitable, according to the people.
The regulator is expected to unveil its plans in the coming months.
/jlne.ws/3BZLG3I

New Binance Options Trading Lands on Binance Website and App
Ahamdi Abarikwu – BSC News
Binance has upgraded its options trading platform for traders on the Binance mobile app and Binance web. With the upgrade, Binance also assures users of high liquidity and one of the lowest fees in the options industry.
The exchange announced the revamped user interface via a blog post on September 9. It said the new look and feel offers traders a broad view of the market from a simple integrated interface. By simplifying the outlook of its options platform, Binance aims to lower the entry barrier of options trading.
/jlne.ws/3UrrE9L

How a ‘Put-Spread Collar’ Options Strategy Can Protect Your Portfolio
Steven M. Sears – Barron’s
Hope springs eternal on Wall Street—until making money gets tough. When that happens, investors lose their minds one by one and then all at once.
In those chaotic moments when everyone is afraid of losing, scared investors clamor to pay top dollar for put options, which increase in value when stock prices drop. Dealers who sell hedges to panicky investors emerge as the true winners.
The ideal time to hedge is when no one wants to buy bearish puts, but most people would rather stay high on “hopium” than consider something grim might happen.
/jlne.ws/3ffCC1C

The S&P 500 is oversold, but dangerous
Lawrence G. McMillan – MarketWatch
The stock market, as measured by the S&P 500 SPX, -0.47%, broke more support levels this week, and the index is on the verge of testing the June year-to-date lows. The breakdown below support at 3900 was significant, and downside momentum was aided by the Fed’s actions on Wednesday.
This is still a bear market, as denoted by the blue trend lines on the accompanying SPX chart. For that reason alone, one should maintain a “core” bearish position. Also significant are the resistance areas. Now that 3900 has been broken, it is resistance. So are the circled areas, which are island reversals. As we noted last week, island reversals on a broad-based index chart are rare and quite bearish.
/jlne.ws/3LA9kXH

Interesting SPY Put And Call Options For November 4th
Nasdaq
Investors in SPDR S&P 500 ETF Trust (Symbol: SPY) saw new options begin trading today, for the November 4th expiration. At Stock Options Channel, our YieldBoost formula has looked up and down the SPY options chain for the new November 4th contracts and identified one put and one call contract of particular interest.
The put contract at the $372.00 strike price has a current bid of $12.10. If an investor was to sell-to-open that put contract, they are committing to purchase the stock at $372.00, but will also collect the premium, putting the cost basis of the shares at $359.90 (before broker commissions). To an investor already interested in purchasing shares of SPY, that could represent an attractive alternative to paying $374.07/share today.
/jlne.ws/3f5hzPj

Fed Rate Hike Explained: Experts Forecast Why Central Bank Could Pivot
Phil Rosen – Business Insider
Everything from mortgage rates to credit-card payments are now more expensive after the Fed made its third 75-basis-point hike in a row Wednesday, confirming that 0.75 is indeed the new 0.25, which was once the standard increment.
I’m Phil Rosen, writing to you from New York. Markets whipsawed yesterday afternoon as the FOMC announced its decision and Jerome Powell shared comments at the press conference.
/jlne.ws/3xJSLTB

$8 a gallon gas? RBC energy guru on why we should brace for higher oil prices
Joseph Adinolfi – MarketWatch
American consumers may have gotten a bit of a break from sky-high gasoline prices over the past few months as the prices of oil and natural gas in the U.S. have eased off their peaks of earlier in the year.
But any U.S. consumers who think $5-a-gallon gasoline is a thing of the past might want to listen to what Helima Croft, head of global commodity strategy at RBC Capital Markets, has to say.
/jlne.ws/3DIjvaZ

END_OF_DOCUMENT_TOKEN_TO_BE_REPLACED 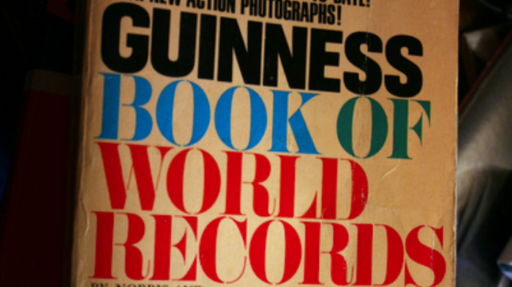