Would You Wait Six Months To Get A Bitcoin Account? TT’s Michael Unetich Outlines The Crypto Obstacles And Opportunities Ahead 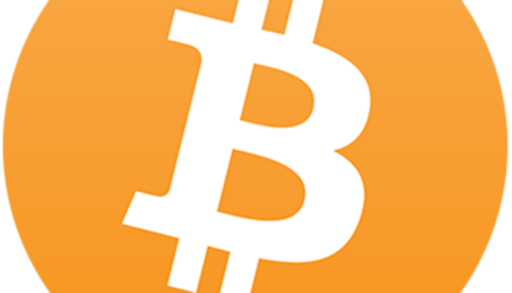 Michael Unetich is seeing cryptocurrencies from both sides – as a trader and now on the service side as vice president of cryptocurrencies at Chicago-based Trading Technologies. He joined TT last September, his second stint with the firm, and is helping it break into new territory. The firm signed a deal in January linking TT to Coinbase’s GDAX exchange. JLN’s Jim Kharouf sat down with him at FinTank’s CryptoCon event in Chicago last month to find out where this asset class is going and the many things it still needs to grow.

Q: Where are we in the crypto markets?

A: We saw this spurt up in price in January and with it came a ton of new volume, new market participants. And it sort of became the next get-rich-quick scheme. Of course, everybody took a bath on that shortly after they got in. But year-over-year, even on a 3-month basis, prices are still really high and strong.

From our perspective, were there participants getting into the market because they thought of crypto as an asset class? And when we we go back to them, are they just putting crypto back into the closet because it kind of failed their test as too volatile or didn’t have a place in their portfolio?

With trading firms and low volatility in the markets heading into the end of last year, just about every guy at a prop trading firm was thinking about or wanting to get in line to either be on the crypto team or start one at the firm. And then all of sudden, the good old fashioned markets returned in early February. It was the same thing there, with them seeing if the demand was as strong as it was for crypto and seeing if two-thirds of the guys at the firm still want to trade it. Or is it just the guys who have been drinking the crypto Kool-Aid for the past year?

Q: Do you have a sense of how this is evolving as far as participants? I hear that even if institutional players are not in it yet, they are looking at it and getting ready for it.

A: Yes. Some have flipped the switch to do it, but they just can’t get in. You hear about corporate customers having onboarding experiences as long as six months at different exchanges. The Coinbase app is one of the top downloaded apps every month and we see different exchanges hitting different milestones every month in terms of new customer accounts.

In some ways, the market is only moving as quickly as the infrastructure is letting it move. So I don’t think it is slowing down. I don’t feel like the price sell-off has dented enthusiasm for it. The general public might now realize you can lose a lot of money in it, but the professional market is ready and rarin’ to go.

Q: What are some of the hurdles to overcome? What does the regulatory side look like? Technology?

A: Different countries have different regulations. So it’s always tricky to know what the situation is or how easily you can onboard with a different exchange in a different country. It seems like things are moving in the right direction as far as US regulatory issues are concerned, both from a federal level and even in some states. Other countries, who knows? It’s a crap shoot.

Other challenges are on the technology side. Obviously, TT wouldn’t be in this space if we didn’t see an angle from us from the service side, execution and easy access to markets with things like automated tools. That is one pain point in the market we are looking to address.

Q: Your announced deal with GDAX last month also helps build some critical infrastructure from the futures side to the spot markets.

A: TT lends some credibility to the space but the real power is the customer base that we’re bringing. Our customers want to trade it on the screen they are already on every day. And access is key and we’ll be connecting to a centralized exchange in GDAX. Then there is also peer-to-peer decentralized trading and even voice markets. The market is super fragmented and that is what is creating a lot of the opportunities here.

There is also the problem of not having custodian services. There are a lot of decent digital wallets out there, but I don’t think any of them would pass for an institutional grade custodian. So in the next couple of years, somebody with really big money will come in and tackle that problem to use them no matter which exchange they are trying to access, in the same way an FCM helps you connect to different exchanges around the world under the same account.

Q: From a tax perspective, this is surprising for some participants.

A: I remember back in 1999 when I did a couple hundred stock trades in one year, and my accountant charged twice as much that year. The hard part was tallying them all together from two different sources.

I’d say the active crypto trader probably has between five and 10 exchanges. And not only that, he may be trading in different base currencies. So you may not be trading Bitcoin in US dollars, but rather in synthetic dollars like Tether. Or you might be trading it on the basis of some other coin, not to mention sliding crypto from one exchange to another and the fees involved. It’s just so hard to track all of that.

No matter how well you try to track it, or how good your intentions are, it’s almost impossible to do that just right. There are a couple of software services out there trying to address that, but it sure is daunting when you are talking about hundreds of trades in the span of one month.

Q: Is back office services an area where a traditional FCM could get involved?

A: If the FCM operated like it does in traditional markets. In other words, if the FCM was the place where you “had your account” they could probably help out. But I haven’t seen a lot of movement in that direction yet.

Q: What impact are the fragmented markets having on the asset class?

A:  It really depends on what your trading strategy is. If you are just a long-only fund, and you are somewhat price incentivized and want to keep all your coin and assets on one exchange, maybe it is not such a big deal. If something is trading $100 cheaper somewhere else but your buy-and-hold strategy is 12- to 18-months, and you save money on fees at your current exchange, then maybe that is an acceptable level of slippage for you.

Q: How long have you been trading crypto?

A: I’ve traded listed markets for a long time. I’ve been on the service side since 2009 and in 2010 went back to trading for myself. I traded interest rates and the joke among us was, “If you are a rates trader, it’s like working part-time.” And the other guy says, “No it isn’t, it’s like being unemployed.”

In 2017, I looked at the crypto space and it was very interesting. But making a living trading it, there was still a lot that had to be done. I thought I could help that with my relationships at TT. So for me, the bigger opportunity was to try and help solve that problem from a service side.

Q: How early in the game are we?

A: We spoke about the backlog of accounts. At TT, we wouldn’t be in this space if we didn’t think it would be around for a long time and offered opportunities. That could mean growing into other services and things we haven’t even mentioned yet. Or it could be taking our AI surveillance system, via the Neurensic acquisition in October, to address pain points. That is something that may help us grow in ways other than the traditional service of connecting to centralized exchanges.

Right now, the established listed exchanges have software built in. So if we went to them and said, “We have this fabulous score system that will replace everything you ever had and can learn on its own,” typically the response is, “We have a robust system we put a lot of resources into.”

But we believe in the crypto space there is an opportunity. Not only could it help crypto exchanges flag bad behavior in the market and take this approach to regulators, it can also help gather analytics on their own customers. Something like, how many messages per second are certain trader types doing? Also, it can help detect certain types of bad behavior like spoofing and wash trading, and we’re even building an application that can help monitor market making requirements. That could include the big three elements: a market maker’s width in the market, frequency and liquidity, and the size they are putting into the market. That’s an example of how that system may offer value to crypto exchanges. For that matter, it may also offer help to crypto trading firms as well, to show different behaviors.

This is about building the infrastructure around their exchange and scaling it up. They have the customer demand. Now it’s about putting in some of the pieces that a more veteran exchange typically has.

Q: As a Chicago-based firm, and with two Chicago-based exchanges jumping into Bitcoin futures first, plus big firms in the space from the city, does this asset class set up Chicago as a leader in the sector?

A: You’ll have to wait for the first big acquisition. What I mean by that is you have traditional exchanges that I think would be interested in getting more deeply embedded into this space and the spot market. With that, that could change and transition them into a lot of other areas. It could bridge them into something like FX. Once you have a 24-hour market, that opens the door to other 24-hour markets like FX. And there are some similarities in the way that crypto is traded, to the way that stocks are traded. You traditionally are not able to open up shorts without special permissions, for example. So it’s teaching us and exchanges how to grow their businesses horizontally if they could add a crypto asset to the core business.