Wall Street Is Prepping for Fresh Waves of Market Volatility 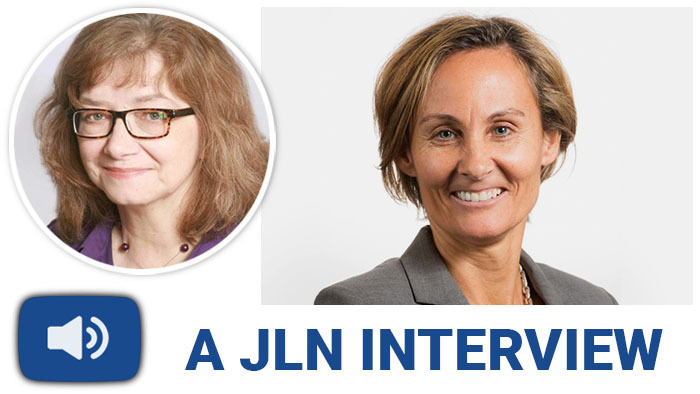 After capping a series of acquisitions with the purchase of Trade Alert, Cboe’s senior vice president and head of information solutions talks about why data and analytics are now essential exchange offerings.

This week on The Spread, the CME announces the re-opening of its Eurodollar Options trading floor, Cboe announces the re-launch of an old product, JLN highlights an unsung hero of the OCC, and more.

Wall Street Is Prepping for Fresh Waves of Market Volatility
Dana El Baltaji – Bloomberg
Right on cue, fresh waves of selling are hitting Wall Street trading desks as signs emerge of a second virus outbreak.
Infection cases from America, China and Turkey are giving traders renewed ammo to bet against V-shaped recovery hopes that have helped send the investing world from depression to euphoria in less than 100 days.
In a revival of the market panic last week, the S&P 500 is trading below the 3,000 level, 10-year Treasury yields are sinking below 0.7%, while oil futures in New York are falling near $35 a barrel.
/bloom.bg/2AGzfwO

‘Volatility Is Everywhere’: The Market Tactic That’s Driving Stocks Haywire
Gunjan Banerji – WSJ
Markets were once dominated by bulls who thought stocks would go up and bears who thought they would go down. These days, another animal is on the rise. It doesn’t much care what stocks do, as long as they do something.
/on.wsj.com/2UBuc7I

Hedge funds are betting against U.K. stocks — here’s why
Lina Saigol and Tom Teodorczuk – MarketWatch
The number of “short positions” taken by hedge funds against U.K. stocks has surged by 25% in the first five months of the year, as prominent U.K.-listed companies continue to be targeted in the aftermath of market turbulence generated by COVID-19.
There were 1,569 short positions of at least 1% reported to the U.K.’s Financial Conduct Authority (FCA) between Jan. 2 to May 25 2020, 305 of 2% or more and 70 of 3% or higher, according to analysis by ETF provider GraniteShares. The FCA, the U.K.’s financial watchdog, tracks any company that adopts a short position of more than 0.5% in a U.K. stock.
/on.mktw.net/2C1eBYD

Wall Street gripped by fears of fresh virus wave
Devik Jain and Medha Singh – Reuters
U.S. stocks dropped on Monday after a spike in new coronavirus cases in China and parts of the United States dampened hopes of a swift economic recovery that had driven a sharp rise in Wall Street’s main indexes over the past month. Battered shares of U.S. airlines, casino operators and cruise operators slipped after attempting a rebound in recent weeks. Norwegian Cruise Line Holdings Ltd (NCLH.N) and Wynn Resorts (WYNN.O) fell 5.4% and 1.9%. The S&P 1500 airlines .SPCOMAIR lost 2.8%.
/reut.rs/3fscbRj

Hedge funds wait for signs of cyclical recovery in oil
John Kemp – Reuters
Hedge fund managers show little directional conviction on petroleum prices after crude futures doubled between late April and early June, suggesting most now see upside and downside risks as finely balanced. For the second week running, fund managers made no significant changes in their positioning in any of the six most import futures and options contracts, according to records published by regulators and exchanges.
/reut.rs/2ULziOG

Ethereum Options Open Interest Soars 315% — Are Institutions Bullish?
Marcel Pechman – CoinTelegraph
Ether (ETH) options were launched over a year ago at Deribit derivatives exchange but they have only recently gained traction.
Open interest is the main gauge for derivative contracts activity, and on Ether options it has soared by 315% over the past two months to $158 million.
/bit.ly/2YBrUXw

Why Option Settlement Style Matters; Options may be cash settled or physically delivered, which is particularly important when there is a gap move in the market
Cboe
There are a number of different types of options contracts available on broad-based U.S. equity indexes. Some of the most actively traded products include options on SPY, SPX options, and the Mini-SPX contract (XSPSM). They all track the S&P 500 and both SPY and Mini-SPX options have the same notional size, making them somewhat interchangeable. A key difference, however, is settlement style.
/bit.ly/37vW9D5

Analysts’ view: Market jitters over second COVID-19 wave are an overdue pullback
Reuters
A second straight day of record new coronavirus cases in Beijing and a spike in infections across a swathe of the United States has dented investor sentiment and sent stocks sharply lower on Monday. Here are analyst views on the shifting mood related to the COVID-19 pandemic and the outlook from here:
/reut.rs/3ftYSzE

Bitcoin Price Drop May Be a Bear Trap, Options Market Suggests
Omkar Godbole – Yahoo Finance
Bitcoin is feeling the pull of gravity on Monday alongside losses in the traditional markets.
At press time, bitcoin is changing hands near $9,080, representing a 2.7% decline on the day. Prices hit a three-week low of $8,910 during the early European trading hours, according to CoinDesk’s Bitcoin Price Index.
/yhoo.it/3fo9yQz

Stocks Gone Wild Like Hertz Pose Risk to Broader Economy
Mohamed A. El-Erian – Bloomberg
A wild week for U.S. stock market indexes was accompanied by some eye-popping moves in individual listings, several of which were apparently driven by retail investors and lacked easy explanations other than exuberance. Some will be inclined to ignore this behavior, noting that, if not warranted, its consequences will be isolated and containable. While not ignoring it, regulators will end up taking a lassiez-faire attitude toward it primarily because their power and tools only go so far. Others, like me, will spend time thinking not only about the potential consequences, be it market functioning or distributional factors, but also the causes and their wider implications.
/bloom.bg/3fmegy0