What’s the Deal With the VIX Manipulation Letter? Inaccuracy and Misunderstanding 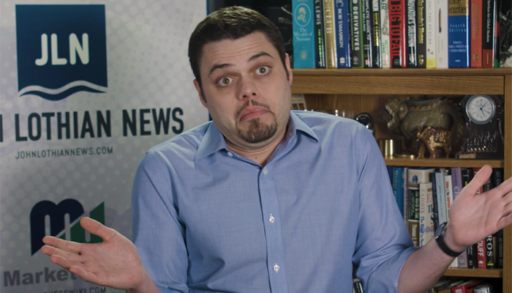 The big options news of the day pertains to a letter alleging VIX manipulation. The letter, written on behalf of an anonymous whistleblower by a Washington D.C. law firm, alleges market makers manipulate the VIX by quoting far out of the money SPX put options so they are included in the VIX calculation at junctures that benefit their trading activities.

It’s understandable financial instruments are subject to concerns about manipulation when their inner workings are complicated and not fully understood by the general public. VIX manipulation has come up before and it will probably come up again unless regulators step in and levy an unbiased verdict, thus quashing this occasional debate. Until that point though, the letter needs a grain of salt.

Cboe said in a statement, “This letter is replete with inaccurate statements, misconceptions and factual errors, including a fundamental misunderstanding of the relationship between the VIX Index, VIX futures and volatility exchange traded products, among other things.”

So, what are these inaccuracies and misconceptions?

For one, the evidence offered is scant, just a screenshot from a Bloomberg terminal of bids for a 1000 strike SPX put on February 6. In order for that screenshot to be relevant, it would need to be accompanied by screenshots of similarly timed activity in SPX put bids at every strike price from 1000 all the way to the at-the-money. That is because the Cboe’s VIX methodology states that options prices aren’t included in the calculation if the two previous consecutive strikes have had zero bids.

(Of relevance from the Cboe’s VIX methodology white paper: “One important note: as volatility rises and falls, the strike price range of options with non-zero bids tends to expand and contract. As a result, the number of options used in the VIX calculation may vary from month-to-month, day-to-day and possibly, even minute-to-minute.”)

The letter also confuses VIX methodology by saying, “[VIX futures] settle based on the value of the VIX index and not trading activity.” This is not true. The VIX settlement is based off of a Special Opening Quotation (SOQ).  From the Cboe’s website, the SOQ “is calculated from the sequence of opening prices of the SPX option series that underlie VIX on the Final Settlement Date. The opening prices are determined in a special opening auction conducted for each option series. This procedure is analogous to the method used for the final settlement of U.S. exchange-traded stock index futures. Its purpose is to help market participants unwind and hedge VIX futures positions by making the Final Settlement Price a traded price.”

Most glaringly, the letter also confuses the Cboe with the CME multiple times, at one point saying, “Why did the CME Group not implement circuit breakers on the VIX futures just like it exists for S&P futures for example?” [sic]  That’s a bothersome error for a letter making such headlines. (Oh, and Cboe does have rules for trading halts, too.)

The tone of the letter seems to suggest a lack of essential bits of market knowledge. There’s mention of “simply posting quotes” and “without needing to physically engage in any trading” like that unto itself is a flaw. Not every canceled quote is indicative of spoofing after all. Is there some misunderstanding of the purpose of liquidity providers in the derivatives world?

This letter comes on the heels of the bloodbath in inverse volatility products during the selloff last week which lays the foundation for the concerns laid out in the letter. If there is one takeaway, it is that regulators should evaluate whether Mr. and Mrs. 401k are suited for vehicles holding volatility exposure.

This post has been updated with more information on the VIX settlement process.