Warning: trim() expects at least 1 parameter, 0 given in /home/customer/www/johnlothiannews.com/public_html/wp-content/themes/Divi/includes/builder/functions.php on line 12307
 Wilson goes all in against the CFTC and the industry wins | John Lothian News
(312) 203-5515 johnlothian@johnlothian.com
0 Items

Wilson goes all in against the CFTC and the industry wins 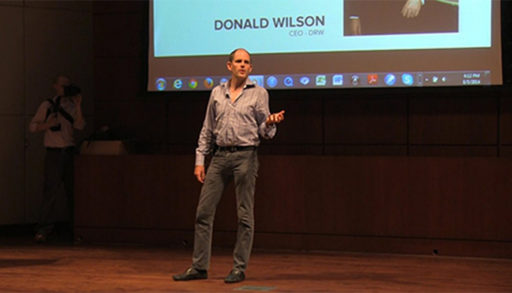 There are traders who put their careers on the line every day in the markets. And then there’s Don Wilson, who put his career and firm on the line in court with the Commodity Futures Trading Commission, and won.

Yesterday, US District Court Judge Richard Sullivan cleared Don Wilson and his firm DRW in a case brought by the regulator back in 2013 during the contentious and combative tenure of Gary Gensler. The court case itself stretched across two years and three chairmen of the CFTC.

At stake was a lifetime ban for Don Wilson and his firm, DRW, and a $100 million fine. Instead of buckling, paying a fine, and “neither admitting nor denying and wrongdoing,” Wilson dug in and made his case, went through a multi-year legal process and won. And judging from Sullivan’s comments, Wilson’s team embarrassed the CFTC. For all of those who’ve felt Gensler and the CFTC have been heavy handed in their market manipulation cases, Wilson just earned himself a lifetime of free drinks for administering a legal butt whuppin’. He should put Sullivan’s quote on T-shirts for the office: “It’s not illegal to be smarter than your counterparties in a swap transaction.”

And what of it? For starters, the case could alter the way the CFTC pursues such cases in the future. While CFTC Chairman Chris Giancarlo said he will consider what to do next, it strikes me that the chairman would never have agreed to bring the case forward in the first place. The CFTC would be wise to take the ruling humbly, learn from it and move on.

Perhaps one lesson for the CFTC would be to follow Giancarlo’s lead of returning the agency to a more even-handed and practical regulatory approach. Some would even call it progressive. Giancarlo has restored faith in the agency from a very tired and beaten up futures industry.

From the trading community perspective, the case may be a message that you can indeed fight and win in certain cases. CFTC v. Wilson may also serve as a precedent for other manipulation cases. Chairman Giancarlo’s KISS speech at FIA Boca in March 2017 brought what may be the one and only standing ovation for a regulator in U.S. history and focused on a three-part agenda that included: “fostering economic growth, enhancing US financial markets and right-sizing its regulatory footprint.”

Here is another opportunity to do so.

As it pertains to Wilson and DRW, this ruling no doubt strengthens an already formidable giant in the derivatives and crypto markets. Interestingly, Wilson’s defense in this case was essentially the story he told students at the Marketswiki Education event in 2014 about what he loved about the markets. “You can build a mathematical model, try it out and see if it works. Wow. That seems so much more interesting than writing an academic paper or debating whether you are right or wrong.”

Wilson’s win is also a win for future generations of traders as well. Had he lost, what would a lifetime ban mean to up-and-coming traders if a legend could be bounced out of the markets? And Wilson earned it the hard way, building his trading business from his 400-square-foot apartment in 1989 and designing his own options modeling software into a global proprietary trading firm that is one of the biggest liquidity providers around. If he’s not an inspiration to the next generation of futures traders, who is? Losing Wilson would have been a blow to the industry in more ways than one.

Wilson put his position and reputation on the line. How many people have that kind of courage? The win is good news for Wilson, the industry and perhaps the CFTC as well.