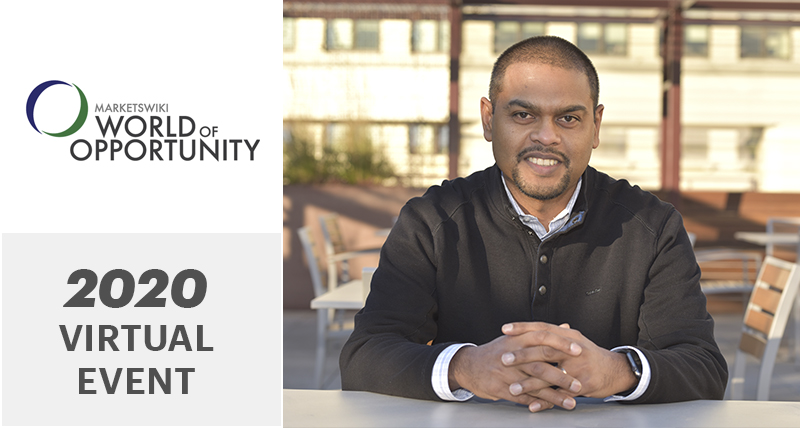 “Kids can’t be what they can’t see,” said Bevon Joseph, co-founder of the Greenwood Project, explaining why education, mentorship and internships are necessary steps to closing the opportunity gap for Black and Latinx students seeking to work in the financial industry.

Speaking to the participants in the online MarketsWiki Education “World of Opportunity 2020” seminar Wednesday, the 42-year-old Joseph said he was inspired to learn as much as he could about financial services when he took his first job in the business as the trading floor “computer guy” for JPMorgan Chase in New York.

Joseph went on to work at various Wall Street firms and hedge funds, but said,  “I looked around and wouldn’t see many people who looked like me.” He said he realized that internships were in most cases the ticket to later employment in the industry, “but they themselves have become privileges.”

In 2016, Joseph said he and his wife, Elois Joseph, looked at their one-year-old daughter and decided “we wanted to be the change.”

The couple founded the Greenwood Project with five students from Chicago’s South and West Sides, and it has grown over the past four years. According to the project’s website, the program had 300 students and worked with 35 firms in 2019, and by next year Joseph said he hopes to have students in multiple cities.

Students accepted into the program are introduced to the Greenwood Project as high school juniors, learning about the industry through a six-week summer financial institute, and continue through college with educational field trips and internships.

Through the program, the Greenwood Project is creating a pipeline into the industry. Joseph said 75 percent of its alumni now have full-time jobs in financial services in Chicago and New York, many with starting salaries between $75,000 to $80,000.

Joseph had a message for employers seeking to “move the needle” to create a more diverse recruitment process for Black and brown students: “If you want to look different, do something different.”

“There are many reasons why an opportunity gap exists,” Joseph said, “but I am optimistic we can close the gap.”