X_TRADER Transformed The Industry: Now It’s Time To Do It Again 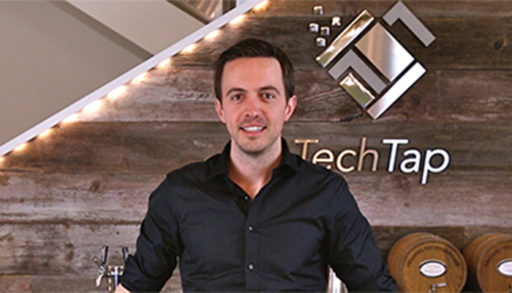 The announcement that Trading Technologies will be shutting down its X_TRADER platform is not a big surprise. But what that platform has done over its 25-year lifespan certainly is. And what the new TT platform may do in the coming months and years may be equally astounding.

Taking a look back, there’s not a single ISV trading platform that has had a greater impact on the industry than X_TRADER. Launched in 1994, the technology that included patented breakthroughs like the ubiquitous price ladder and autospreader transformed the trading industry with Harris Brumfield’s trader’s eye for functionality and speed. The patents granted on the price ladder put TT at odds with many in the industry, but it also served as a sort of starting gun for the business patent race across financial markets.

And over the past quarter-century X_TRADER has been revamped and improved with seven major, albeit iterative, upgrades. But TT CEO Rick Lane was brought on as chief technology officer in 2012 to keep TT’s technology ahead of the field, not status quo, and that required rebuilding the technology from the ground up based on new code.

This move to sunset X_TRADER has not been made lightly. Lane admires and appreciates what it has done for TT and its customers. It is so familiar and comfortable to traders that until relatively recently many resisted TT’s push onto a new HTML5-based platform (“I love my X_TRADER just as it is, thank you.”).  Lane believes the new TT platform, launched three years ago, is now mature enough and there has been enough of a migration of existing and new customers to make the transition official. Customers will have until early 2020 to move onto the new platform.

When Brumfield stepped down as CEO in 2014, the goal was to move the TT platform forward. Lane reasoned that if Google and others were using HTML5 and cloud technologies, TT should too. By doing so, TT could make upgrades rapidly with minimal disruption and move non-latency functions and data to the cloud. Lane deserves as much credit for his vision as he does patience in bringing customers along. He and I did an interview in November 2012, outlining this plan for the new platform. No one thought it would take this long. But every major player in the technology space has moved or will be moving onto HTML5. It is rumored that even mammoth holdout Microsoft may be moving its product suite to HTML5, which has significant implications for the Excel trader community.

Lane said this is more than just about a new platform. It is the type of upgrades and added functionality that make it exciting. One arcane area of the market that TT’s technology allows is in position transfer. The new TT system allows customers to synthetically fill an order and send notice to each customer’s account. Why is this important? Firms trading multiple strategies may unknowingly be creating wash trades as one trader goes long and another goes short on the same contract. To regulators, that may look very much like a wash trade or worse. TT’s platform recognizes the internal match, creates a fill and sends it to each account. This may not seem like a massive leap forward, but this preventative technology and quasi-internal matching function may save firms substantial money.

TT also integrated its artificial intelligence regulatory system into the platform. This technology, purchased by TT from Neurensic in October 2017, allows firms to identify potentially problematic trading patterns by traders. It is not hard to make the leap regarding what else it may be able to do for TT customers. It is conceivable that firms, running massive volume through TT’s platform, may also able to mine their trading data for successful or unsuccessful trading patterns. Bolting such technology onto X_TRADER would have been difficult, if not impossible, given its architecture. There’s also some added flexibility to using the FIX protocol with the new system, allowing TT to scale up new functions and services with easy access.

The new system is also compatible with crypto markets. TT partnered to offer connectivity to Coinbase in January and CoinfloorEx in Q3 – moves that could not have happened on X_TRADER. TT even offers a version of the new trading platform, TT Crypto, for free.

And that is just the beginning, Lane said. There are services customers are asking for that will now be addressed as more manpower is freed up internally and solely focused on the new TT platform. Lane said the cost of making changes on the new technology is minuscule compared to that of the legacy platform.

If Lane is correct in his vision for the next trends in financial technology – that firms will want more data, more accessibility via mobile and other devices, and more functionality – then TT’s move to build the new system has put it in a strong position for years to come.